August 17, 2019 Featured Slider, Scores, Stories
The St. Joseph boys soccer team opened up the 2019 season with a 4-3 comeback victory at Edwardsburg on Saturday. Edwardsburg scored 2:37 into the game on a goal from Brendan Leniski. St. Joseph would tie the
Read More 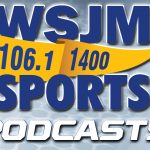 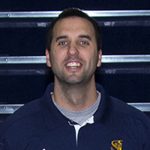 April 13, 2018 Featured Slider, Stories
Paul Brohman, who led St. Joe’s girls basketball program to back to back SMAC West Division Championships had stepped down from the post. Brohman spent 5 seasons as head coach of the Lady Bears. In his 5 seasons, St.
Read More

March 2, 2018 Scores, Stories
Cade Shimulunas was a perfect 4 for 4 from three point range and scored a game high 23 points as St. Joseph closed out the regular season with a 58-39 win at Portage Northern.  Mason Scramlin added
Read More

February 27, 2018 Scores, Stories
In a clash of the top teams in the SMAC East and West. St. Joe was able to stay close to the 14-2 Maroon Giants in the first half, but Kalamazoo Central slowly pulled away in the
Read More

How do we fix this?

August 26, 2015 Dave Wolf, Featured Slider, Stories
Benton Harbor voted in July to leave the Southwestern Michigan Athletic Conference after this school year. Which leaves the conference with just 11 teams… So now what??? How can we fix the SMAC?
Read More 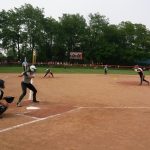 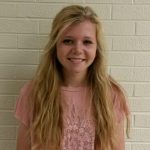 June 5, 2015 Athlete of the Week, Featured Slider, Stories
Anna Fischer of St. Joseph High School Track is Berrien County’s Student Athlete of the Week for the week of May 24, 2015. At the Division 2 State Finals, Anna placed 5th overall in the 3200
Read More

The Enrollment and Conference Carosel

March 24, 2015 Dave Wolf, Featured Slider, Stories
It’s time for a few more bright ideas from the reaches of my brain when it comes to the area high school athletic conferences.
Read More