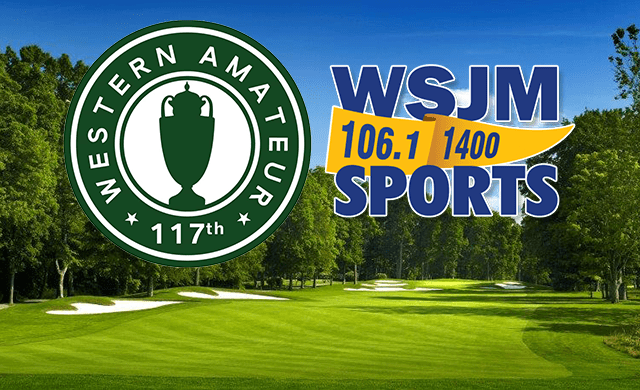 GOLF, Ill. – One of the world’s oldest amateur golf championships and a field of the game’s future stars will return to Point O’ Woods Golf and Country Club in just a few days.  The 117th Western Amateur tees off Tuesday morning.

“We’re looking forward to being back at Point O’ Woods to renew the partnership we enjoyed for nearly four decades,” said Vince Pellegrino, senior vice president of tournaments for the Western Golf Association. “The Western Amateur and Point O’ Woods share a history of showcasing the best players in the world of amateur golf. The club members and local fans have been loyal supporters of the championship, and the course has produced world-class champions.”

The Western Amateur draws the top amateur players from across the country and around the world. Past champions include Jack Nicklaus, Phil Mickelson and Tiger Woods. Both Mickelson and Woods won at Point O’ Woods. Current PGA TOUR stars Rickie Fowler, Dustin Johnson, Bubba Watson and 2019 U.S. Open champion Gary Woodland, among many others, also all competed in the Western Amateur at Point O’ Woods.

Defending Western Amateur champion and Texas All-American Cole Hammer headlines this year’s field. Hammer followed up his win at the 2018 Western Amateur with a successful freshman campaign in Austin that saw the Houston native earn the Division I Phil Mickelson Outstanding Freshman Award.

The field features six of the world’s top 10 ranked amateurs including Hammer, Arizona State All-American Chun An Yu of Taiwan; 2018 Western Amateur Sweet 16 qualifier Isaiah Salinda of Stanford; 2019 U.S. Open qualifier Austin Eckroat; Florida State All-American John Pak; and Spencer Ralston of Georgia, who recently earned an exemption into next year’s RBC Heritage thanks to a win at The Players Amateur. Twenty nations will be represented this year.

“We strive each year to attract the best amateur players in the world, and we’re pleased that so many of them have chosen to play in this year’s Western Amateur,” Pellegrino said.

Point O’ Woods was established in 1956 and opened for play in 1958. The course was designed by Robert Trent Jones Sr. and was considered a “monster” in its day at more than 7,000 yards. The course has needed little modification to keep up with advances in golf technology, due to Jones’ forward-thinking design, which is still as beautiful as it is challenging.

“Majestic oaks, maples and pines are abundant here. They make for a beautiful walk and a fine test of golf,” said Tournament Chair and President of the Board of Directors, Bruce Pfaff. “We are incredibly excited that the WGA has asked us to host the 117th Western Amateur, and we will do everything possible to make it a great experience for the competitors, the galleries, the WGA and the Evans Scholars Foundation.”

The club will donate 100% of the net proceeds of the tournament to the Evans Scholars Foundation, a nonprofit established in 1930 by famed amateur golfer, Charles “Chick” Evans, Jr. and the Western Golf Association. The Evans Scholars Foundation has awarded full college tuition and housing scholarships to more than 11,000 caddies. Thirty-eight of those caddies were from Point O’ Woods. Four current caddies will be enrolled in school this fall.

About the Western Golf Association
The Western Golf Association conducts six golf championships and supports the nationally acclaimed Evans Scholars Foundation. Headquartered in Golf, Illinois, the organization was founded in 1899 by 11 Chicago-area golf clubs to promote their interests in golf. In addition to the Western Amateur, the WGA also conducts the BMW Championship on the PGA TOUR, the Evans Scholars Invitational on the Korn Ferry Tour, the Western Junior, the Women’s Western Amateur and the Women’s Western Junior.

About Evans Scholars Foundation
The WGA champions education through golf by supporting the Evans Scholars Program. Established by the WGA and famed amateur golfer Charles “Chick” Evans Jr., the program provides full housing and tuition scholarships to deserving caddies across the country. In 2018-19, 985 caddies attended 18 major universities on Evans Scholarships, and there are more than 10,830 Evans Alumni. The WGA’s Board of Governors has set a goal of having 1,000 Evans Scholars enrolled in college annually by 2020. The Evans Program is funded by contributions from more than 32,500 donors across the country, including many Evans Alumni, and by proceeds from the BMW Championship.