CMU 27, Kent State 14 – Hayes, Reardan lead Central Michigan past Kent State, 27-14
Jahray Hayes ran for two touchdowns and Cooper Rush threw for a third as Central Michigan kept its chances for a bowl invitation alive with a 27-14 win over Kent State Wednesday night. Faced with the need to win their final two games to secure a winning season and a shot at the postseason, the Chippewas (6-5, 5-2 Mid-American) got halfway there on the strength of a 17-point first quarter. Brian Eavey kicked a 23-yard field goal to open the scoring and Hayes punched in from the 2-yard line for a 10-0 lead. Rush found Ben McCord with an 11-yard touchdown pass to stretch the lead to 17-0. Trayion Durham got the Golden Flashes (3-8, 2-5) on the board when he ran in from 3 yards out, and after Eavey kicked a 35-yard field goal to make it 20-7, Colin Reardan found Johnny Woods with a 6-yard touchdown pass to make it 20-14.

NFL – Lions sign CB Bill Bentley, put CB Josh Wilson on IR
The Detroit Lions have put cornerback Bill Bentley back on their roster. Detroit signed Bentley on Wednesday and put cornerback Josh Wilson on injured reserve with a knee injury. The Lions cut Bentley in June after drafting him in the third round in 2012. He started eight games and played in 18 games over three seasons with the Lions. Wilson was injured in Sunday’s win at Green Bay, where he started fourth game this season and the 89th of his nine-year career. He signed with the Lions as a free agent last April after playing for Atlanta, Washington, Baltimore and Seattle. The Lions’ secondary took a hit last week when cornerback Rashean Mathis was put on injured reserve because of a concussion.

Bulls 103, Suns 97 – Butler’s season-high 32 power Bulls past Suns, 103-97
Jimmy Butler scored a season-high 32 points and the Chicago Bulls beat the Phoenix Suns 103-97 on Wednesday night for their fourth straight victory. Pau Gasol added 17 points and eight rebounds, Kirk Hinrich scored 14 points and former Phoenix guard Aaron Brooks had 12 points as Chicago ended the Suns’ three-game winning streak. Butler’s 3-pointer with 1:08 to play gave the Bulls a 99-92 lead, and he followed it up with a dunk with 9.2 seconds left. Brandon Knight paced Phoenix with 23 points and P.J. Tucker added 20 points and seven rebounds. High-scoring guard Eric Bledsoe had his second-worst shooting night of the season, finishing 7 of 22 while scoring 21 points.

Capitals 2, Red Wings 1 – OT – Kuznetsov’s OT goal lifts Capitals over Red Wings 2-1
Evgeny Kuznetsov scored 45 seconds into overtime to lift the Washington Capitals to a 2-1 victory over the Detroit Red Wings on Wednesday night. Alex Ovechkin was held without a goal for the fourth straight game and remained tied with Sergei Fedorov for the NHL’s career lead among Russian players. Justin Williams scored for the Caps on a first-period power play after Dylan Larkin had opened the scoring for Detroit. Braden Holtby had 25 saves for Washington, including two stops on clean breakaways during regulation. Kuznetsov won it with his sixth goal of the season, skating in on Petr Mrazek from the right wing and beating the Detroit goalie to the far post.

Blackhawks 4, Oilers 3 – OT – Hossa scores in OT to lift Blackhawks over Oilers 4-3
Marian Hossa scored 1:08 into overtime, Artemi Panarin had a goal and two assists and the Chicago Blackhawks beat the Edmonton Oilers 4-3 on Wednesday night for their third consecutive victory. Patrick Kane had two assists and extended his point streak to 14 games but had his goal streak ended at seven. He leads the NHL with 13 goals and 30 points. Hossa turned a long pass from Brent Seabrook into a breakaway and beat Anders Nilsson with a slap shot from in close. Panarin, a 24-year-old rookie, has points in six straight games, amassing five goals and five assists in that time while on a line with Kane and Artem Anisimov. Duncan Keith and Andrew Shaw also scored for the Blackhawks. Corey Crawford made 34 saves. Benoit Pouliot, Jordan Eberle and Leon Draisaitl scored, Teddy Purcell had two assists and Edmonton lost its third straight. Draisaitl tied it with 2:46 remaining off a feed from Taylor Hall.

MLB – Tigers acquire closer Rodriguez in trade with Milwaukee
The Tigers have acquired right-hander Francisco Rodriguez from the Milwaukee Brewers in their latest attempt to stabilize the back end of their bullpen. The teams announced the trade Wednesday. Milwaukee receives minor league infielder Javier Betancourt and a player to be named. Rodriguez, who turns 34 in January, went 1-3 with a 2.21 ERA for the Brewers in 2015. He had 38 saves in 40 chances. Detroit’s bullpen has been an issue for the last few seasons. The Tigers this month declined their $10 million option on Joe Nathan. He spent two years with Detroit, struggling in 2014 and missing almost all of 2015 with an elbow injury.  Detroit finished last in the AL Central this year after winning four straight division titles.

MLB – Arrieta wins NL Cy Young Award; Keuchel earns AL honor
Jake Arrieta of the Chicago Cubs has won the NL Cy Young Award, acing out Dodgers stars Zack Greinke and Clayton Kershaw. Arrieta got 17 first-place votes for 169 points from the Baseball Writers’ Association of America in results announced Wednesday. Greinke drew 10 first-place votes and had 147 points. Kershaw had the other three firsts and 101 points. Arrieta led the majors in wins, going 22-6. He went 11-0 in his last 12 starts, pushing the Cubs into the playoffs for the first time since 2008. He had a 1.77 ERA, struck out 236 and pitched a no-hitter. Greinke posted a 1.66 ERA that was the lowest in the majors since 1995. He went 19-3, fanned 200 and had a scoreless streak of 45 2-3 innings. Kershaw had won three of the last four NL Cy Youngs. He struck out 301, the most in the majors since 2002, and went 16-7 with a 2.13 ERA for the NL West champions. Houston lefty Dallas Keuchel won the AL Cy Young.

MLB – Slugger announces plans to retire
Big Papi says it’s one and done.  Red Sox designated hitter David Ortiz confirms that he plans to retire after the 2016 season, saying the time has come for him to move on to the next phase of his life.  The 40-year-old Ortiz hit .273 with 37 homers and 108 RBIs for Boston last season. He is a lifetime .284 hitter with 503 home runs and 1,641 RBIs. Ortiz has led the Red Sox to three World Series championships and has represented the team in nine All-Star games.

Golf – Woods named to Ryder Cup team
Although he may not play, Tiger Woods will be at the Ryder Cup next year. U.S. captain Davis Love III says that Woods, Jim Furyk and Steve Stricker will be vice captains for the 2016 matches in Minnesota.  Woods had back surgery in September and a follow-up procedure, leaving his ability to play next season undetermined.

Wilson foundation giving $17.4M in grants for Detroit area
The foundation named for the late founder of the Buffalo Bills is giving 20 Detroit-area organizations a combined $17.4 million. The grants announced Wednesday by The Ralph C. Wilson Jr. Foundation range from $25,000 to $2 million. Wilson’s wife, Mary, says the grant program “is just the beginning of what we hope will be a lasting, positive impact in his name on southeastern Michigan.” Recipients include Angela Hospice, the Ann Arbor Area Community Foundation, Chandler Park Conservancy, the Grosse Pointe Historical Society, the Grosse Pointe War Memorial, United Way for Southeastern Michigan, University Liggett School and Walsh College. Ralph Wilson was 95 when he died at his Grosse Pointe Shores, Michigan, home in 2014. The foundation is funded with proceeds from the sale of the Bills. 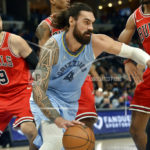 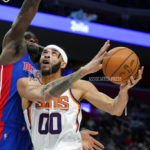 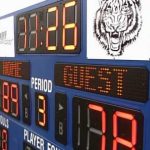