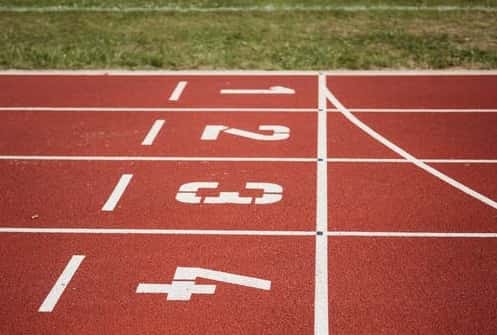 Central Michigan is discontinuing its men’s track and field program, citing university-wide budget cuts.
The decision affects both indoor and outdoor track. Athletic director Michael Alford says the school is facing “a new financial reality” because of enrollment challenges and the coronavirus crisis.
Scholarships for current men’s track athletes, including for new students this fall, will be honored for as long as they’re enrolled at CMU. Athletes can also transfer immediately if they choose.
Elsewhere in the Mid-American Conference, Akron is cutting women’s tennis and men’s cross country and golf, and Bowling Green has dropped baseball.

The new NFL Players Association president says he doesn’t know when players will be allowed to return to team training facilities. And Cleveland Browns center JC Tretter isn’t willing to guess what the NFL might look like when it’s back on the field. The league has told all 32 teams that they may proceed with limited openings based on state restrictions meant to combat the virus outbreak.

The NHL is still more than a week away from determining a return-to-play format. That word comes from a person familiar with discussions. And what that plan resembles could be complicated further should the U.S. and Canada extend border restrictions to non-essential travel into July. Canadian Prime Minister Justin Trudeau announced border restrictions will stay in effect through June 21.

Major League Soccer’s All-Star Game has been canceled for the first time in its quarter-century history because of the coronavirus pandemic. MLS All-Stars had been scheduled to play counterparts from Mexico’s Liga MX on July 29.

Twenty-three teams in 10 different Division I sports will face penalties next season because of consistently poor Academic Progress Rate scores. Alabama A&M and Stephen F. Austin received the harshest punishments with three programs at each school facing postseason bans. Stephen F. Austin was sanctioned in football, men’s basketball and baseball. Alabama A&M was hit in men’s basketball, men’s track and field and women’s soccer. Fifteen teams were given postseason bans, nearly double last year’s total of eight. It comes at a time in which the academic success has remained remarkably stable. The overall average score remained at 983 for the third consecutive year.