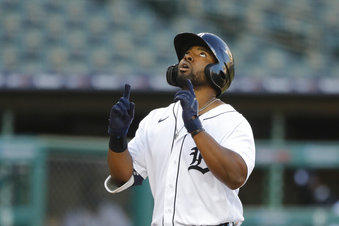 Jonathan Schoop and Christin Stewart each hit a two-run homer in the third inning to lift the Detroit Tigers to a 4-3 victory over the Kansas City Royals. Whit Merrifield hit a three-run shot in the top of the third for Kansas City, but the Tigers answered quickly and held on from there. Tyler Alexander and four other relievers held the Royals scoreless for the final six innings. Rony Garcia worked the first three innings for Detroit in his major league debut. He allowed the homer by Merrifield.
Tonight…Kansas City (Danny Duffy) at Tigers (Matthew Boyd), 7:10 – live on 94.9 WSJM

The White sox dropped a doubleheader to Cleveland. Aided by two home runs, the Indians took game one 4-3. Cleveland scored all four of their runs in the first three innings. Dylan Cease suffered the loss for the White Sox.
Carlos Santana hit a three-run homer and Oscar Mercado had a two-run single as Cleveland scored a 5-3 win over the White Sox in game two. Santana’s first inning blast helped spoil the return of White Sox pitcher Carlos Rodon from Tommy John surgery. The left-hander gave up five runs in 3 2/3 innings in his first appearance since May 1, 2019.
Tonight…White Sox (Lucas Giolito) at Cleveland (Zach Plesac), 6:10

Javier Báez homered twice, doubled and scored on a deft dive to the plate, Alec Mills went six solid innings, and the Chicago Cubs extended their strong opening surge, beating the Cincinnati Reds 8-5. Chicago has won four of its first five games, scoring first in each one. Jason Kipnis’ triple after Shogo Akiyama lost it in the sun got the Cubs going again. Mills added to Chicago’s stretch of impressive starts. The Reds got a homer from Nick Castellanos but fell to 1-4.
Tonight…Cubs (Kyle Hendricks) at Cincinnati (Sonny Gray), 6:40

White Sox manager Rick Renteria has returned to the team after being isolated for 24 hours with COVID-19 symptoms. He passed MLB’s virus protocol and arrived at Progressive Field about an hour before the Sox played their first road game this season and a doubleheader against the Indians. Renteria woke up Monday with a “slight cough and nasal congestion” and went to a Cleveland hospital for tests as a precautionary measure.

Major League Baseball has come up with a patchwork schedule for the remainder of the week due to a virus outbreak that has sickened half of the Miami Marlins team. MLB suspended the Marlins’ season through Sunday. The Philadelphia Phillies will remain idled by the pandemic until Friday. The league said that among more than 6,400 tests conducted since Friday, there were no new positives involving on-field personnel from any team other than the Marlins. But that’s not reassuring to players. Milwaukee Brewers slugger Ryan Braun says he’s found it difficult to focus on baseball at all during the last couple of days. Braun said MLB players are constantly assessing whether they should keep playing.

A person involved in the situation says the Atlantic Coast Conference university presidents will delay voting on a revised football schedule for the league when they meet Wednesday. The person spoke to The Associated Press on condition of anonymity because the ACC had not publicly revealed its plans. ACC athletic directors have been working on schedule models to accommodate potential COVID-19 disruptions. The models include 10 conference games and one nonconference or eight conference games and one nonconference. They also include Notre Dame playing as a full league member for 2020, though there were financial considerations still to be worked out.

Kahleah Copper and Azura Stevens had 21 points apiece and the Chicago Sky beat the Los Angeles Sparks 96-78 in WNBA play. Cheyenne Parker added 12 points and Allie Quigley, Courtney Vandersloot and Gabby Williams scored 11 apiece for Chicago. Vandersloot finished with 10 assists. Stevens and Copper each grabbed a career-high nine rebounds. Brittney Sykes led the Sparks with 16 points. Parker and Williams made back-to-back 3-pointers to give Chicago a 40-36 halftime lead and then the Sky scored 15 of the first 17 third-quarter points.

New Minnesota Vikings defensive tackle Michael Pierce has opted out of the 2020 season because of concern about the coronavirus. Pierce has asthma. He flew to Minnesota to meet with the team on Tuesday before making his final decision. Pierce signed a three-year contract that included $18 million in guaranteed money. He will receive a $350,000 stipend for the season because he’s considered a non-voluntary absence.

Denver Broncos defensive tackle Kyle Peko has decided not to play this season because of concerns over the virus. Peko is a fifth-year pro who was in his second stint with the Broncos. A year ago, Peko left the Buffalo Bills’ training camp to be with his wife as she battled cancer. The couple later said she was cancer free.

Two people with direct knowledge of the decision have confirmed to The Associated Press that Buffalo Bills starting defensive tackle Star Lotulelei is voluntarily opting out from playing this season. The 30-year-old Lotulelei has seven years of NFL experience and was entering his third season with the Bills. He has two years remaining on his contract, which will now run through 2022. 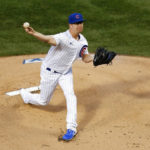