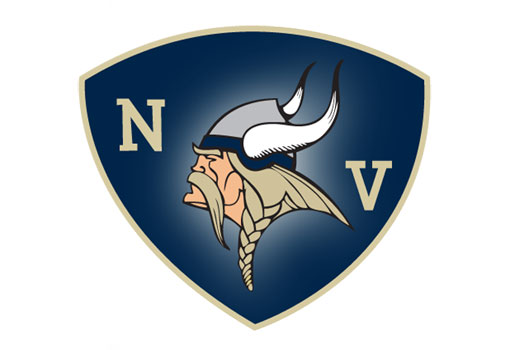 Niles High School’s move to the BCS Conference will be a short lived one. The Vikings have left the Southwestern Michigan Athletic Conference (SMAC) for the BCS for the upcoming school year, but that move will only last one year. Tuesday morning, Niles accepted an invitation to join the Wolverine Conference starting with the 2021-2022 school year. The Vikings will be replacing South Haven who has left the Wolverine Conference to join the BCS. Niles will be joining Wolverine members Dowagiac, Edwardsburg, Paw Paw, Three Rivers, Plainwell, Otsego, Vicksburg, Sturgis, and Allegan. Decisions on scheduling for the 2021-2022 school year will be made at a later date.

Ohio Gov. Mike DeWine says it’s “highly unlikely” that crowds of 20,000 or so would be allowed for the Pro Football Hall of Fame game and induction ceremony in August.
DeWine says, “If the question was could that event occur today, the answer would be no. It would be extremely dangerous.”
The hall is still evaluating its options and said no decisions have been made about the Aug. 6 game at Tom Benson Hall of Fame Stadium between Dallas and Pittsburgh, nor for the enshrinements two nights later.
The hall reopened to a limited number of fans last week.

The Pro Bowl is headed to Las Vegas. The NFL announced Tuesday that the 2021 all-star game will be played at the new Allegiant Stadium in Las Vegas on Sunday, Jan. 31 — one week before the Super Bowl in Tampa. Plans include what the league calls a week-long celebration of football and will include NFL FLAG Championship games and a Pro Bowl skills showdown in which players compete in a variety of events. There will be community and charity initiatives as well.

New York Yankees President Randy Levine has called on the players’ association to resume negotiations with Major League Baseball to start the pandemic-delayed season.
Levine said the money difference between the feuding sides was not the primary obstacle but rather issues such as health and safety protocols and determining how to deal with a second wave of the new coronavirus.
MLB has made three proposals, the last for a 72-game season starting July 14 that would guarantee about $1.23 billion. The union made offered two plans, the last for an 89-game schedule starting July 10 and salaries of $2.25 billion.

Prime Minister Justin Trudeau says his government is “open” to the NHL operating a playoff “hub city” in Canada as long as it is allowed by local health authorities.
If the NHL returns to play amid the coronavirus pandemic this summer, it would start with the playoffs and with 24 teams, preferably split between two hub cities.
The league has narrowed down its potential sites to 10 cities, including Toronto, Edmonton and Vancouver in Canada. The NHL has said it will not choose a Canadian city if players are subject to the 14-day quarantine currently in effect at the border.

Longtime fan favorite Dale Earnhardt Jr. will join his late father in NASCAR’s Hall of Fame next year, the feature attraction in the class of 2021. Junior won 26 races during his Cup career, including two Daytona 500s and the 2001 Pepsi 400 — four months after his father’s death at the same track in February. The late Mike Stefanik also was elected along with Red Farmer from the pioneer ballot. Ralph Seagraves was chosen as the Landmark Award winner for outstanding contributions to the sport.

New York Gov. Andrew Cuomo has given the go-ahead for the U.S. Open tennis tournament to be held in his state starting in late August — but without spectators — as part of the reopening from shutdowns caused by the coronavirus pandemic.
Now that the U.S. Tennis Association’s proposal to hold its marquee event has been accepted — including a “bubble” setup with designated hotels, limited player entourages and a facility closed to the hundreds of thousands of people who usually attend the U.S. Open — the key question becomes: Who actually will end up competing on the blue hard courts in Flushing Meadows from Aug. 31 to Sept. 13?
Some of the sport’s top names, including defending U.S. Open men’s champion Rafael Nadal along with No. 1-ranked players Novak Djokovic and Ash Barty, have expressed reservations about heading somewhere that was a hot spot for the COVID-19 outbreak.