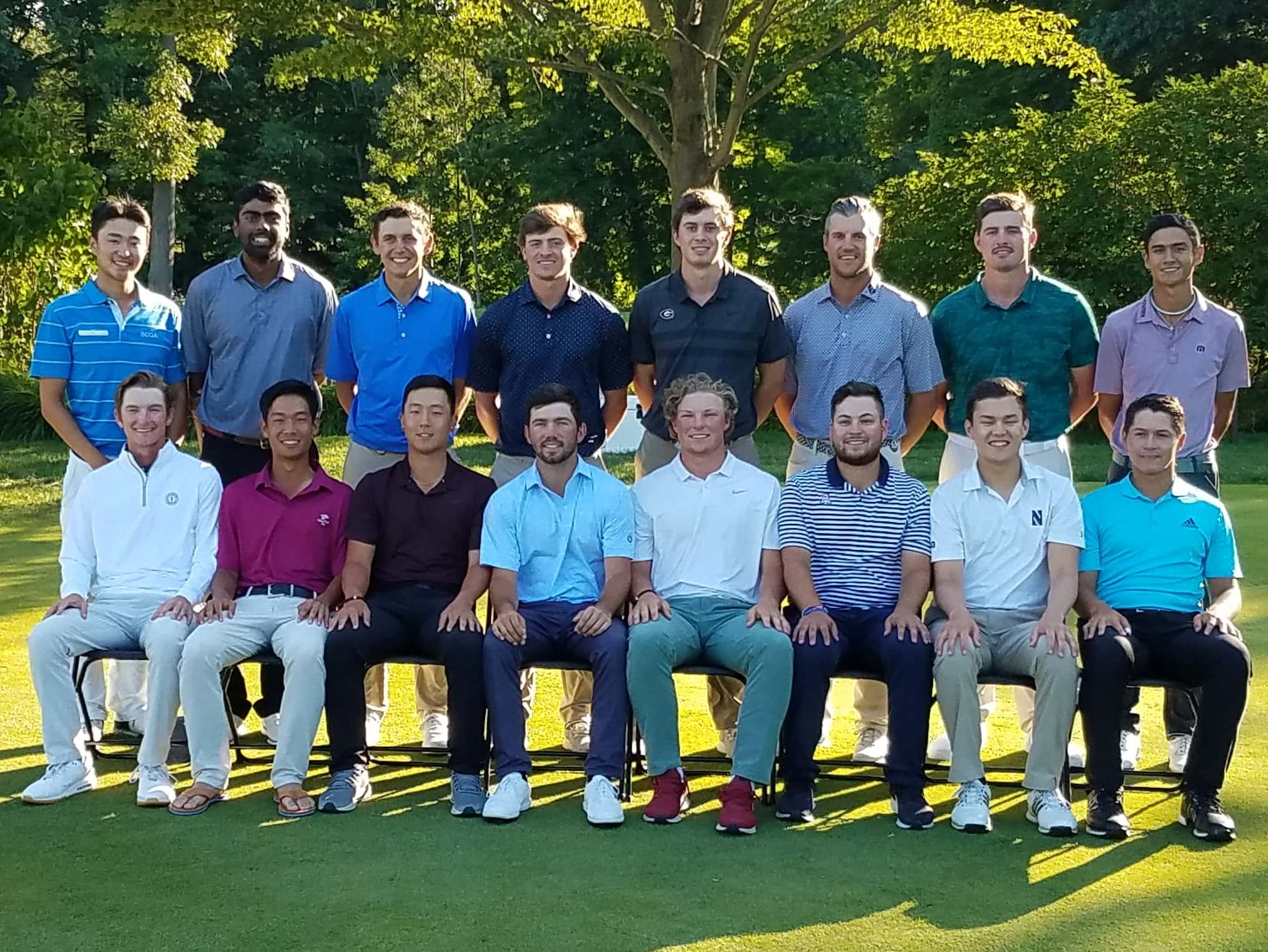 Davis Thompson of Saint Simons, Georgia got a little help from his friends before arriving at Point O’ Woods for the 117th Western Amateur.

It turned out be the perfect remedy for his ailing game as Thompson posted 13-under 267 on Thursday to earn medalist honors in his first appearance at the tournament.

“I wasn’t really playing well,” he said. “I missed U.S. Amateur qualifying, and I was down in the dumps. I went back home and played with some buddies. Something clicked.”

A junior at Georgia, Thompson made 11 birdies during the third and fourth rounds Thursday to shoot 65-67 and separate himself from the field for a four-shot win. He opened with 67-68 on Tuesday and Wednesday and was one of three players to post four rounds in the 60s.

“I drove it well and putted well,” Thompson said of his 36 holes on Thursday. “It was pretty simple. It hit a lot of greens and had good chances. It was a really solid day.”

The Sweet 16 cut came at 4 under. Karl Vilips, of Perth, Australia, beat Philip Barbaree, of Shreveport, Louisiana, in a sudden-death playoff for the final spot in match play.

Daniel Wetterich, of Cincinnati, Ohio, and Eric Bae, of Pinehurst, North Carolina, tied for second at 9 under. Each posted four sub-70 rounds during medal play.

One of the feel-good stories Thursday was Garrett Rank, of Ontario, Canada. The 31-year-old Rank, an NHL referee, advanced to the Sweet 16 for the first time in five tournament appearances by shooting 65 in the fourth round to finish 6 under.

“I’m really thrilled,” he said. “I started getting emotional on the course. To come out here and compete against these guys is awesome. I know the history of this tournament, and it’s pretty humbling and really cool to be in this spot.”

Rank opened with 72 but rallied with 67 to make the first cut by one stroke at 1 under. He followed with 70 before shooting his best round of the week, tallying six birdies and one bogey.

“I didn’t play any differently,” he said. “Essentially, everything I missed the first day went in [Thursday]. That was nice to see. It was really fun and tried my best to enjoy the moment.”

John Pak, of Scotch Plains, New Jersey, qualified for his second Sweet 16 after advancing in 2017 at Skokie Country Club in Glencoe, Illinois. After playing his opening nine holes of the tournament 4 over and making the first cut on the number, Pak secured his place in match play by shooting 67-68 on Thursday.

“I got off to a shaky start, but I kept playing my game and it worked out well,” he said. “Now that I’m in match play, anything can happen. I was nervous the first time I made it, but I’m more laid back [now]. I have a good chance of winning this tournament.”

One notable to miss out on the Sweet 16 was No. 1-ranked amateur Chun An Yu, of Taoyuan, Taiwan. Yu made bogey at No. 18 to fall out of the playoff. Defending champion Cole Hammer, of Houston, Texas, didn’t get past the first cut.

PGA Tour winner Danny Lee was the medalist — and overall champion — the last time the Western Amateur was played at Point O’ Woods in 2008.

“Usually, I’m happy if I’m in first after 72 holes, but the tournament starts all over again [Friday],” Thompson said. “I’ll be ready to get after it.”