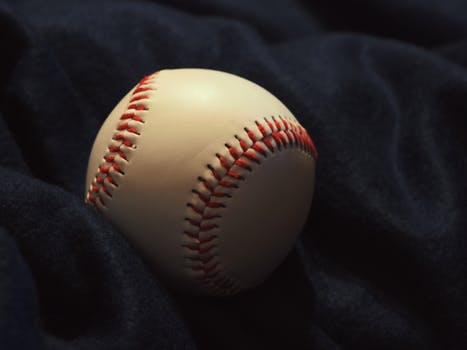 In high school sports, with the cancelled spring sports season, the BCS Conference unanimously made the decision as a league to recognize and pay tribute to all Class of 2020 student-athletes as 1st Team All-Conference for the 2020 spring season. Details are in a separate post here on the WSJM Sports app and at wsjmsports.com.

Major League Baseball owners gave the go-ahead Monday to making a proposal to the players union that could lead to the coronavirus-delayed season starting around the Fourth of July weekend in ballparks without fans, a plan that envisions expanding the designated hitter to the National League for 2020.
A person familiar with the decision tells The Associated Press that spring training would start in early to mid-June.
MLB officials are slated to make a presentation to the union on Tuesday. An agreement with the players’ association is needed, and talks are expected to be difficult — especially over a proposal for a revenue split that would be unprecedented for baseball.
Each team would play about 82 regular-season games: against opponents in its own division plus interleague matchups limited to AL East vs. NL East, AL Central vs. NL Central and AL West vs. NL West.
Postseason play would be expanded from 10 clubs to 14 by doubling wild cards in each league to four.
Teams would prefer to play at their regular-season ballparks but would switch to spring training stadiums or neutral sites if medical and government approvals can’t be obtained for games at home. Toronto might have to play home games in Dunedin, Florida.
The All-Star Game, scheduled for Dodger Stadium in Los Angeles on July 14, likely would be called off.

The American Hockey League has canceled the rest of its season because of the coronavirus pandemic.
President and CEO David Andrews says “the resumption and completion of the 2019-20 season is not feasible in light of current conditions.”
The league’s board of governors made that determination in a conference call Friday.
The AHL suspended its season on March 12 after the NHL did. The league hopes to be back next season but that is in jeopardy if sports must be played in empty arenas.

The coronavirus pandemic is impacting how college athletic programs make their travel plans as they budget for the upcoming year. The cancellation of the NCAA Tournament has produced a budget crunch that leaves colleges looking for cost-saving measures. One simple step is to cut back on travel. Chattanooga took a creative approach by announcing that any 2020-21 away games that hadn’t already been scheduled must be played within 150 miles of its campus. Other schools also are trying to make their trips as short as possible without instituting any specific limits.

The Pac-12 has discussed an 11-game regular season played solely against conference opponents as one possibility for keeping college football going this year amid the coronavirus pandemic. Southern California coach Clay Helton confirms the idea is one of several scenarios being evaluated by the Pac-12′s coaches and administrators. Helton spoke on a video conference call with Stanford coach David Shaw and new Washington State coach Nick Rolovich. Shaw said he doesn’t necessarily agree with NCAA President Mark Emmert’s belief that college campuses should be open before college sports can resume, saying there are still several possible scenarios.

The NCAA is streamlining its evaluation tool for selecting NCAA Tournament teams. The five components of the NCAA Evaluation Tool will be trimmed to two for next season. The remaining factors include the Team Value Index, a result-based feature that rewards teams for beating quality opponents, and an adjusted net efficiency rating. The NET will no longer include winning percentage, adjusted winning percentage or scoring margin.