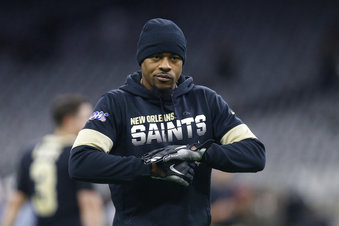 The Chicago Bears made it official yesterday as they signed wide receiver Ted Ginn Jr. to a one-year contract. Ginn is a 13-year veteran who has played in Super Bowls with San Francisco and Carolina. He caught 30 passes for 421 yards and two touchdowns with New Orleans last season. He has 409 receptions for just over 57 hundred yards and 33 touchdowns for Miami, San Francisco, Arizona, Carolina and New Orleans.

The Indianapolis Colts chose not to exercise the fifth-year option on safety Malik Hooker. Team officials had until Monday afternoon to decide whether to use the option or allow Hooker to potentially become an unrestricted free agent after next season. Hooker was Indy’s first-round draft pick in 2017, No. 15 overall, and has shown play-making ability during his first three NFL seasons. But the Ohio State alum has also missed 14 of 48 games because of injuries and the fifth year would have become fully guaranteed if Hooker again suffered an injury.

Miami Dolphins owner Stephen Ross says that if there were a Mount Rushmore for the NFL, Don Shula would be chiseled into the granite. Shula died Monday at his home in South Florida at age 90. He won the most games of any NFL coach and led the Dolphins to the only perfect season in league history.

The NFL is moving its five games scheduled for London and Mexico City this season back to U.S. stadiums because of the coronavirus pandemic. All five regular-season games will be played at the stadiums of the host teams. Scheduled were two home games for the Jacksonville Jaguars at Wembley Stadium in London and two at Tottenham’s new facility, with the Atlanta Falcons and Miami Dolphins as hosts. The Arizona Cardinals were to be the home team for the game at Azteca Stadium in Mexico City. Opponents had not been announced.

Louisville has received a notice of allegations from the NCAA that accuses its men’s basketball program of committing a Level I violation with an improper recruiting offer and extra benefits and several Level II violations that accuse former Cardinals coach Rick Pitino of failing to promote an atmosphere of compliance.
The notice is the completion of a nearly two-year NCAA investigation.
Louisville acknowledged its involvement in federal corruption investigation of college basketball related to the recruitment of former player Brian Bowen II, which led to the ousters of Pitino and athletic director Tom Jurich in October 2017.

The new baseball season has begun in South Korea with the crack of the bat and the sound of the ball smacking into the catcher’s mitt echoing around empty stadiums. Umpires wore protective masks and cheerleaders danced beneath rows of unoccupied seats as professional baseball got back on the field after a weeks-long delay because of the coronavirus pandemic. There were many faces in the stands in at least one stadium but they were pictures instead of real people because fans aren’t allowed into the venues. The country’s professional soccer leagues will kick off Friday. They will also play without spectators in the stadiums.

Michigan coach Jim Harbaugh and his wife, Sarah, are donating $100,000 to United Way for Southeastern Michigan to support its COVID-19 community response fund.
“We stand with families feeling the brunt of this crisis and encourage others to give or volunteer, if they are able,” Jim Harbaugh said.
Darienne Hudson, president and CEO of United Way for Southeastern Michigan, says the Harbaughs’ gift is appreciated.
“There are still so many families that need help, and that number is increasing every day,” Hudson said. 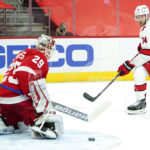