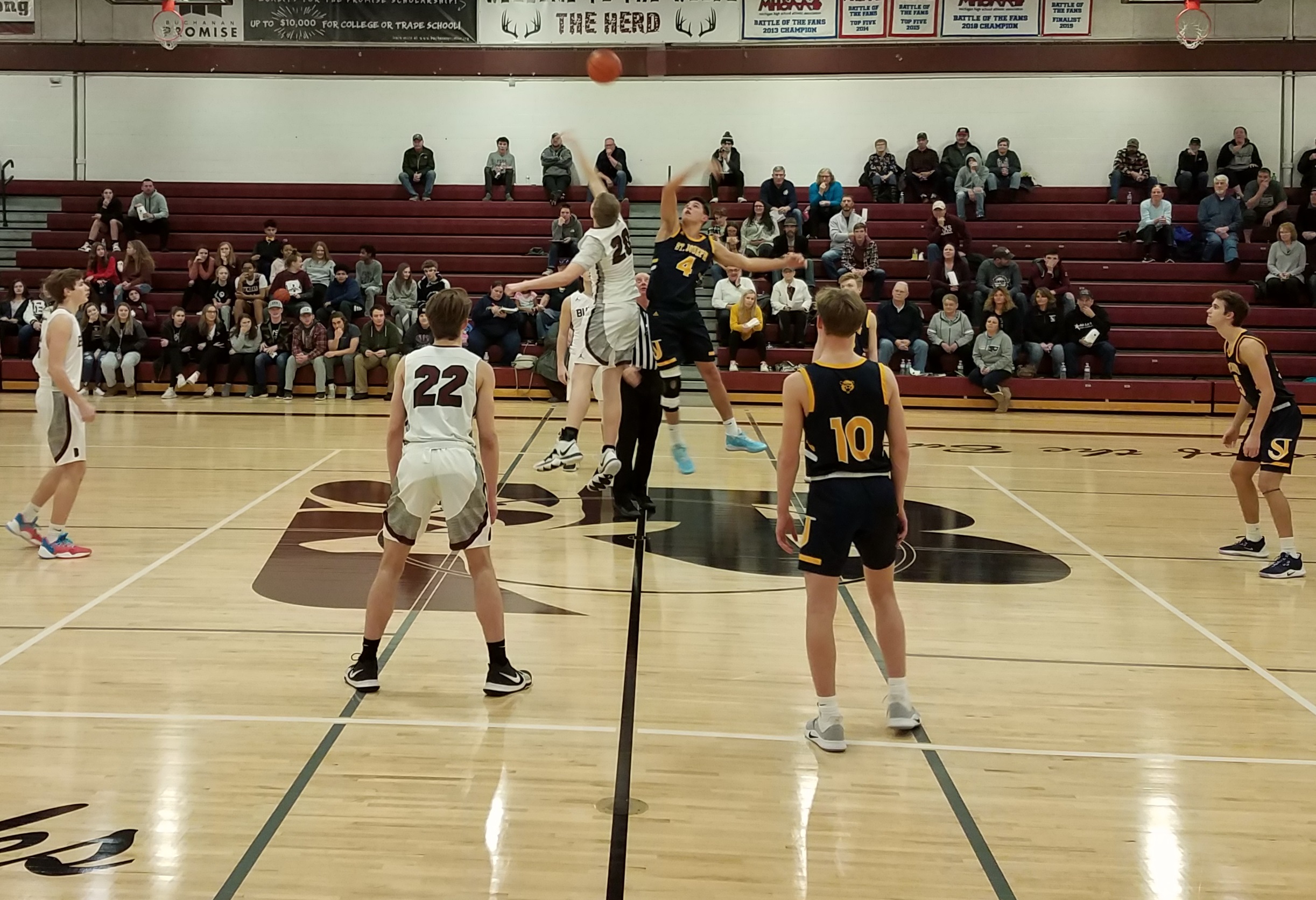 BOYS
Buchanan 46, St. Joe 44
Chris Young poured in a game high 22 points to help lead the Bucks to the non-conference win over the Bears. St. Joe took a 9-6 lead after the first quarter only to have Buchanan head into the half up 23-18. The game was tied at 31 after three quarters with the Bucks prevailing in the fourth. Brennen Kerns led St. Joe with 11 points, Nick Borre added ten.

Benton Harbor 95, South Haven 44
The Tigers jumped out to a 30-9 first quarter lead and never looked back Tuesday night, routing South Haven 95 to 44 at Benton Harbor. Senior forward Carlos Johnson led all scorers with 25 points for the Tigers. Senior guard Zander Russell netted 15 in the losing cause for the Rams.

Brandywine 56, New Buffalo 40
The Bobcats led by just five through three quarters but then outscored the Bison 18-7 in the fourth to seal the win. Kendall Chrisman led Brandywine with 20 points and seven rebounds. Kaden Parmley scored 14 points in the loss for the Bison.

White Pigeon 47, Hartford 45
Kaden Johnson scored 14 points in the loss for the Indians. Hartford also got 13 points from Aaron Sinclair and 11 from Elijah Rodarte.

Gobles 57, Colon 43
Jake Getman poured in 30 points in leading the Tigers to the win. Caleb Brady saw his first action of the season after breaking his leg during football season and helped ignite the Gobles offense with three 3 pointers.

GIRLS
St. Joe 66, Berrien Springs 20
The Bears ran out to a 14 points lead after the first quarter and increased the advantage to 27 at the half. Eleah Hedstrom led St. Joe with 13 points to go along with five rebounds, three assists, and three steals. Symone King added 11 points for the Bears while Cailynn Junk pulled down nine rebounds. Hillary Dortch scored nine in the loss for the Shamrocks.

Watervliet 37, Lake Michigan Catholic 33
Catholic held a three point lead at the half but Watervliet outscored them by eight in the third quarter and that proved to be enough.

White Pigeon 33, Hartford 30
Megan Nelson scored 16 points in the loss for the Indians.

Bloomingdale 45, Decatur 29
Clinging to a two point lead after three quarters, Bloomingdale dominated the fourth quarter, outscoring the Raiders 20-6 over the final eight minutes. The Cardinals got 16 points from Katrise Hudson and 14 from Kallie Harrison. Regan Rose scored 12 points in the loss for Decatur.