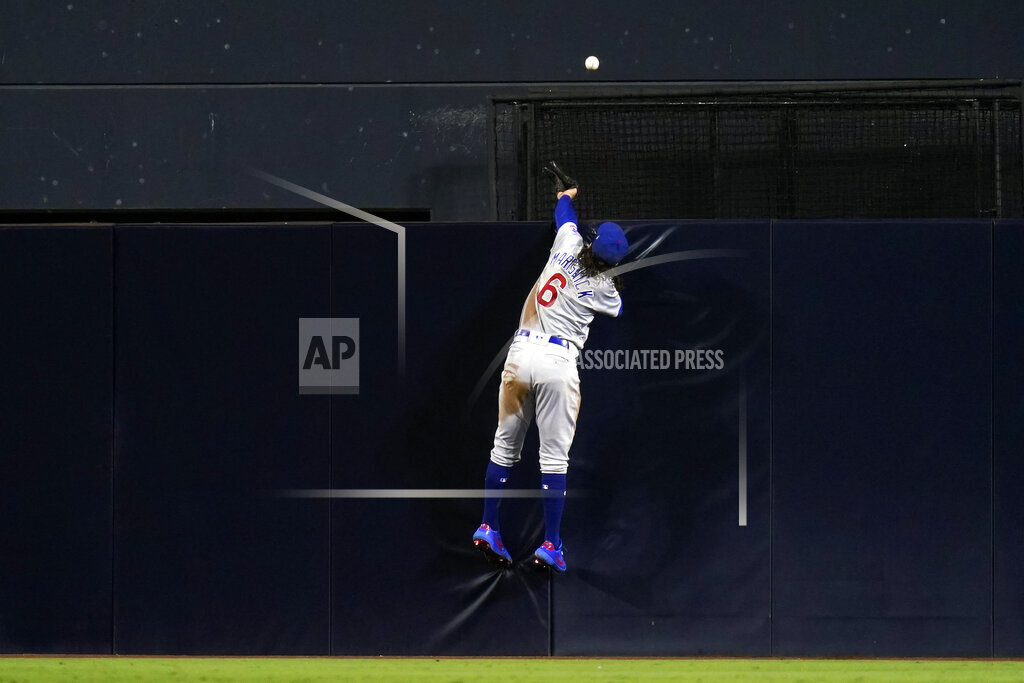 Padres 9, Cubs 4 – Machado, O’Grady power Padres past Cubs 9-4 in series opener
Manny Machado and Brian O’Grady each homered and had three RBIs to lead the San Diego Padres over the Chicago Cubs 9-4 in the opener of a three-game series between National League contenders. Machado hit a solo home run and two sacrifice flies. O’Grady had a two-run homer and an RBI single. Ryan Weathers lasted five innings for the win, giving up three runs and five hits. Chicago starter Adbert Alzolay left in the fourth with a blister on his right middle finger after walking leadoff batter Tommy Pham, who reached base four times.

NCAAMBB – Tom Izzo promotes Wojcik, hires 3 ex-Michigan State players
Michigan State basketball coach Tom Izzo has promoted Doug Wojcik to assistant coach to replace Dane Fife and hired three former Spartans Monday. Fife left the program in April to be the associate head coach at Indiana under Mike Woodson. Wojcik returned to Michigan State in 2018 to be Izzo’s recruiting coordinator after a run as an assistant coach for the Spartans led to him being the head coach at Tulsa and College of Charleston. Mark Montgomery was hired as recruiting coordinator.  Austin Thornton is the team’s video coordinator and Matt McQuaid is its director of basketball operations.

NCAAMBB – Former Michigan State basketball star charged with murder
A former captain of the Michigan State University basketball team has been charged with murder in the fatal shooting of a man in Detroit. Keith Appling is accused of killing 66-year-old Clyde Edmonds on May 22. The Wayne County prosecutor’s office says Appling and Edmonds had an argument over a gun. Appling has been in custody since his arrest on May 24. He played for Michigan State from 2010 to 2014. Appling also played basketball overseas and had two brief contracts with the NBA’s Orlando Magic.

IndyCar – Helio doesn’t parlay Indy 500 win into seat at Detroit
Helio Castroneves is trying to get back into the IndyCar Series fulltime. He hoped his fourth win in the Indianapolis 500 would lead to more races. But it didn’t payoff with a ride this weekend at the doubleheader at Detroit. Castroneves will instead debut Saturday night in Tony Stewart’s All-Star Superstar Racing Experience in Connecticut as previously scheduled. He still has five more IndyCar races on his calendar for Michael Shank Racing this season but the team did not expand those plans following his surprise victory.

NCAAFB – Notre Dame-Wisconsin game at Lambeau rescheduled for 2026
The Notre Dame-Wisconsin matchup at Lambeau Field that was scrapped last year because of the pandemic has been rescheduled for Sept. 5, 2026. The teams had scheduled neutral-site matchups at Lambeau Field last year and this year at Soldier Field in Chicago. The Soldier Field game will be played on Sept. 25. That will be the first meeting between Notre Dame and Wisconsin since a three-game series from 1962-64. Wisconsin went 2-1 in those three matchups, but Notre Dame leads the all-time series 8-6-2. Lambeau Field last hosted a college football game in 2016.

NCAAFB – Alabama, Saban agree to new 8-year deal through 2029 season
Alabama coach Nick Saban has agreed to a three-year contract extension running through the 2029 season. Alabama announced the extension on Monday. The extension includes $8.425 million in base salary and talent fee for the current contract year with annual raises of unspecified amounts. The 69-year-old Saban, who has led the Crimson Tide to six national championships since taking over in 2007, will receive an $800,000 “contract completion benefit” after each contract year from 2022-25.

Tennis – French Open – US teen Gauff reaches French Open quarterfinals
American teenager Coco Gauff served superbly to reach her first Grand Slam quarterfinal with a 6-3, 6-1 victory over Ons Jabeur at the French Open. The 17-year-old Gauff lost only nine points on her serve. Gauff also had a quick match in the previous round. Jennifer Brady retired with an injured left foot after Gauff won the opening set. Gauff will next face Barbora Krejcikova. She also reached reached her first quarterfinal at a major by beating 2018 French Open runner-up Sloane Stephens 6-2, 6-0.  In other Monday action, defending champion Rafael Nadal beat Jannik Sinner 7-5, 6-3, 6-0 to reach the quarterfinals and extend his streak of sets won at Roland Garros to 35. The 18th-seeded Sinner had a chance to become the first player since Dominic Thiem in the 2019 final to take a set off Nadal at the event. But when serving for the first set at 5-4, the Italian was broken at love. He then lost the next six games. The third-seeded Spaniard faces No. 10 Diego Schwartzman in the quarterfinals, having beaten the Argentine in the semifinals last year.

Olympics – NBCUniversal will have 7,000 hours of Tokyo Games coverage
NBCUniversal will present 7,000 hours of coverage of the upcoming Tokyo Olympics across eight networks and multiple digital platforms from July 20 to Aug. 8. The Tokyo Games will be NBCUniversal’s 11th consecutive Olympics production and ninth consecutive Summer Games. NBC is scheduled to air 250 hours across 17 days, headlined by its prime-time coverage. NBC also announced earlier this year that it would air live coverage of the opening ceremony at 6:55 a.m. EDT on July 23.