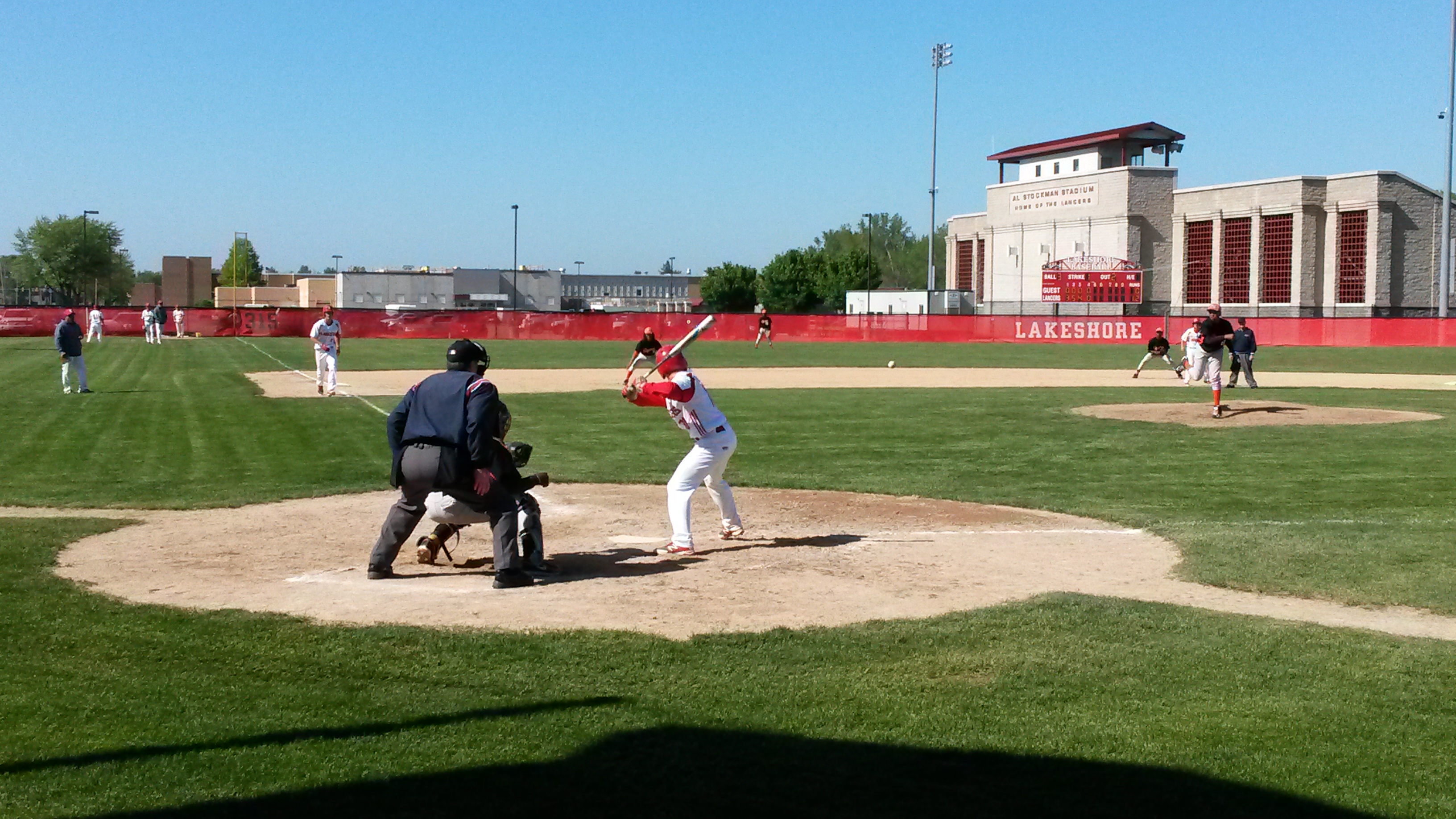 BASEBALL
Mattawan 11, St. Joseph 0 – game 1
St. Joseph 8, Mattawan 6 – game 2
After getting only two hits and being shut out 11-0 in the first game, St. Joe pounded out 14 hits and
held on to beat Mattawan 8-6 in game two. Every St. Joe batter had at least one hit and six different
players had an RBI in the Bears’ win.
In game one, Mattawan came out roaring, scoring four runs in the 1st inning, four in the 2nd, and three more in the 3rd.

Eau Claire 13, Michigan Lutheran 12
Eau Claire edged Michigan Lutheran 13-12 in a game where the two teams combined for 20 hits. The Titans took a 2-0 lead in the 1st inning. The Beavers came back to take a 5-2 lead in the bottom of the 2nd only to see Lutheran tie it in the top of the 3rd. The two teams went back and forth with the Titans pulling even with four runs in the top of the 7th only to see Eau Claire win it with a run in the bottom of the inning.

Brandywine 5, Watervliet 3
Brandywine 9, Watervliet 1
Brandywine defeated Watervliet 5-3 in game one of their non-conference doubleheader. The Panthers struck first with a run in the 1st inning. The Bobcats answered with three runs in the 3rd and two in the 4th and hung on for the win.
Brandywine completed a sweep of the Panthers with a 9-1 win in game two. The Bobcats ran out to a 5-0 lead through three innings and pulled away from there.

Niles 11, Decatur 0
Decatur 11, Niles 7
Chris Frantz drove in three runs as Niles Defeated Decatur 11-0 in game one of a non-conference doubleheader. Cody Thornton allowed just two hits in picking up the win for the Vikings.
Decatur came back to win game two 11-7. Trailing 6-4, the Raider used a four run 5th inning and a three run 6th to pull out the win. Carter Smith went 4 for 4 and scored three runs for Decatur. Cody Huston went five innings and picked up the win.

Lawrence 9, Dowagiac 1
Lawrence 6, Dowagiac 1
Lawrence scattered 15 hits in a 9-1 win over Dowagiac in game one of a doubleheader. Matt Cammire collected a single, double, and triple at the plate and also picked up the win on the mound for the Tigers.
In game two, Lawrence opened with a run in the 1st inning and four more in the 2nd in posting a 6-1 win over the Chieftains. Derek Gribler turned in a triple and scored two runs for the Tigers. Hunter Coombs added a single, a double, and two RBIs.

Lake Michigan Catholic 9, Martin 5
Martin 12, Lake Michigan Catholic 2
Emmy Koenig delivered a single, double, and home run as Lake Michigan Catholic defeated Martin 9-5 in game one of their doubleheader. Emily Kunst also homered and added a single for Catholic. Lauren Goodell struck out four in picking up the win for the Lakers.
In game two, leading by just one run, Martin struck for six runs in the 5th inning and four more in the 6th on their way to a 12-2 win. The Lakers managed just four hits in the nightcap.

Brandywine 19, Watervliet 9
Brandywine pounded out 20 hits and took advantage of six Watervliet errors in posting a 19-9 win over the Panthers. The Bobcats took the lead with a seven run 6th inning and added five more runs in the 7th.