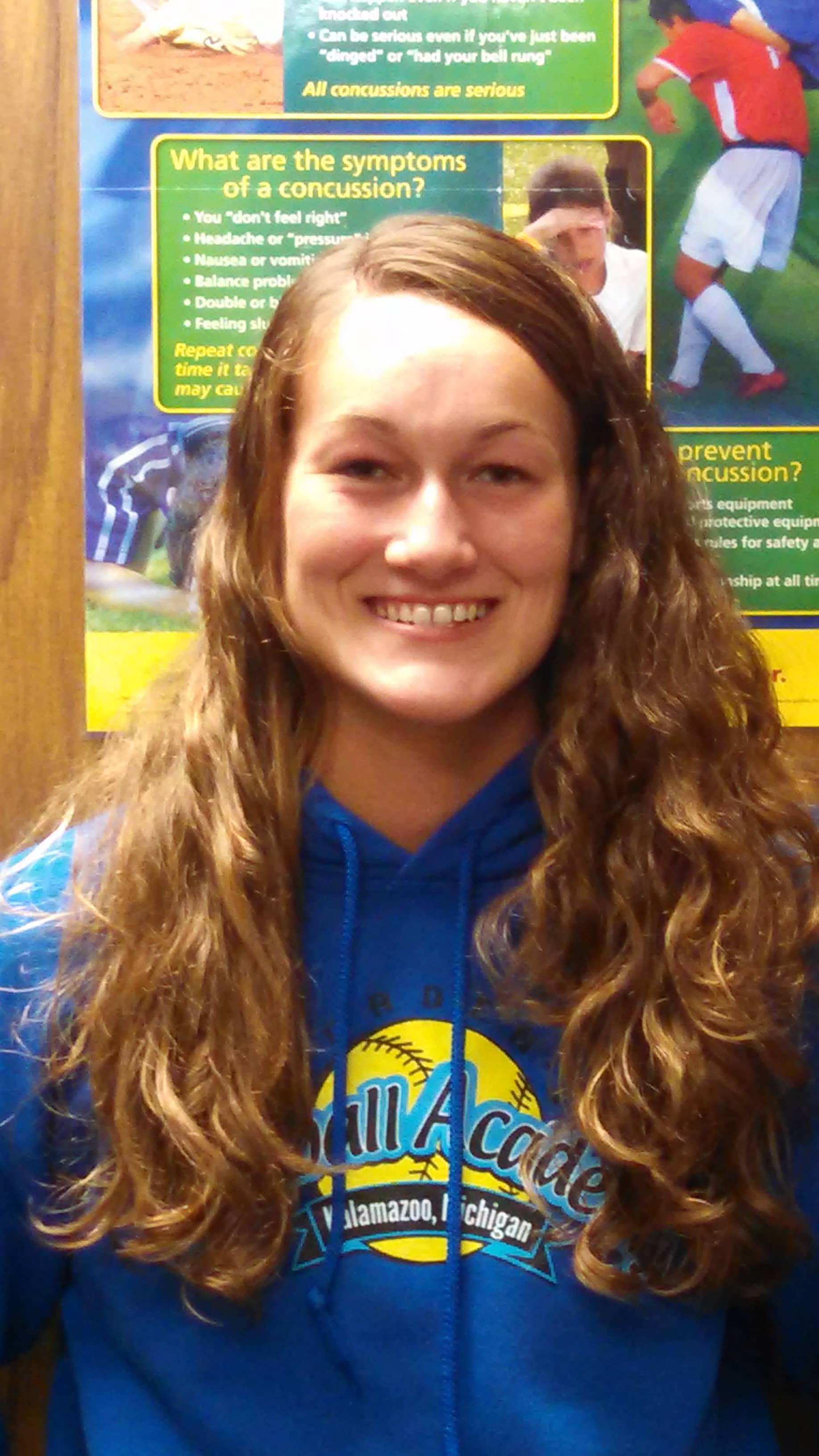 Kelsey Smith of Grace Christian High School Volleyball is Berrien County’s Student Athlete of the Week for the week of August 31, 2014.  In the Patriot’s match against Eau Claire, Kelsey collected 13 Kills, four Digs, three Aces, and one block.  Then at the Eau Claire Invitational, she finished with a combined 69 Kills, 28 Digs, six Aces, 13 Blocks, and one assist.

Kelsey is also a member of the Softball team, National Honor Society, Student Council, Buddies In Christ, Mission Team, and Band.  In the classroom, she carries a 4.05 grade point average.

Kelsey is the daughter of Scott and Kathie Smith of Lawrence.

Other finalists for the week were Andrew Ducket of Brandywine Football, Cullen Hoffman of St. Joe Football, and Tanner Rydleski of St. Joe Cross Country.