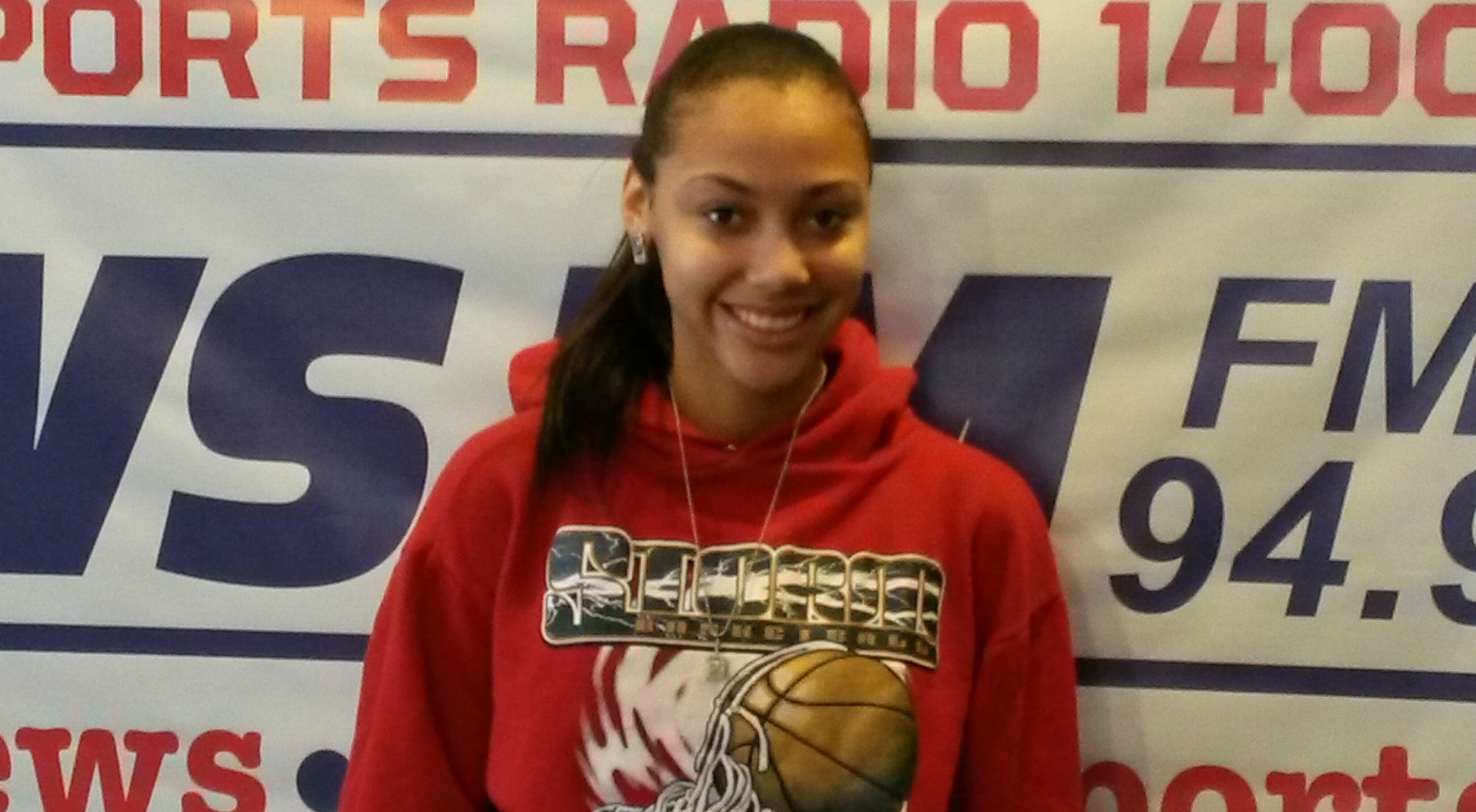 Kysre Gondrezick of Benton Harbor High School Basketball is Berrien County’s Student Athlete of the Week for the week of December 21 & 28, 2014. Kysre finished with 23 points, 11 rebounds, ten assists, and three steals in a win over Mishawaka Marian. Then in the championship game of the Loy Norrix Tournament, she turned in 29 points, eight rebounds, seven assists, and three steals against Loy Norrix, earning tournament MVP honors. She followed that up with 24, 14 rebounds, ten assists, and five steals against South Bend Washington.

Kysre is on the Principal’s List and is a member of the Peer Mediation Council, Student Academic Advisory Council, and Safe and Supportive Schools Council. In the classroom, she carries a 4.5 grade point average.

Kysre is the daughter of Grand and Felicia Gondrezic of Benton Harbor.

Another finalist for the week was Sam Burge of Brandywine Wrestling.