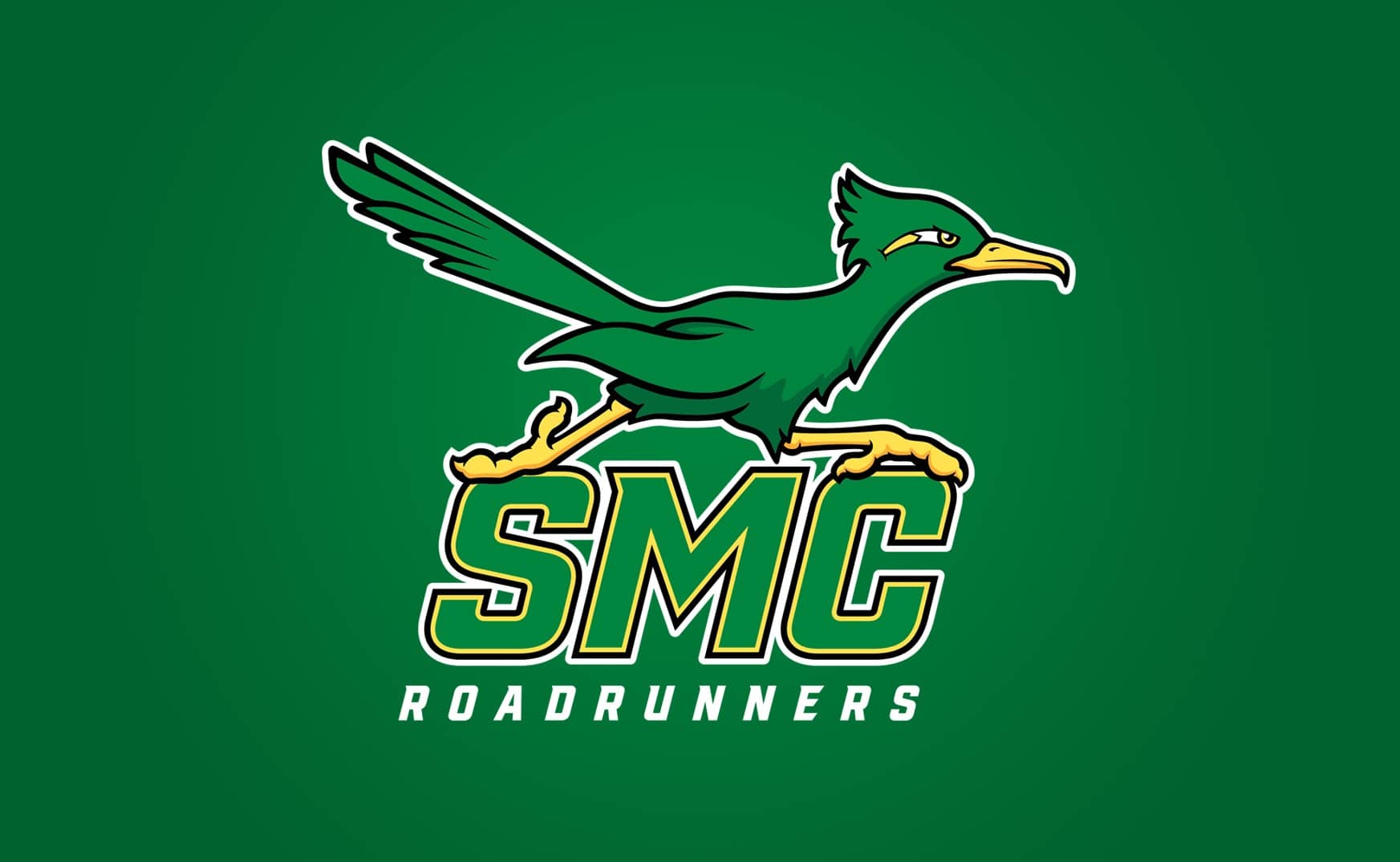 “There are two versions of the new mascot,” Orlaske said, “the official version for athletics….

The Ronnie Roadrunner mascot suit will be based on the more animated version.”

“We requested a few things for the new design,” she said. “We wanted to move away from orange in the previous version to green and gold. The intention was to represent the college’s school colors, rejuvenating school spirit. The logos also had to include the same characteristics as an actual roadrunner,” Orlaske continued. “This was achieved through the more streamlined body, turned-down beak, elongated tail, plume on top of the head and slimmer legs with claw-like feet. We also wanted the bird to show some determination and fierceness, but not be overly mean or angry-looking.”

A variety of sketches and depictions of the character have been used by the college since adoption of the roadrunner as mascot in March 1968 after 250 students voted, with Chargers second.