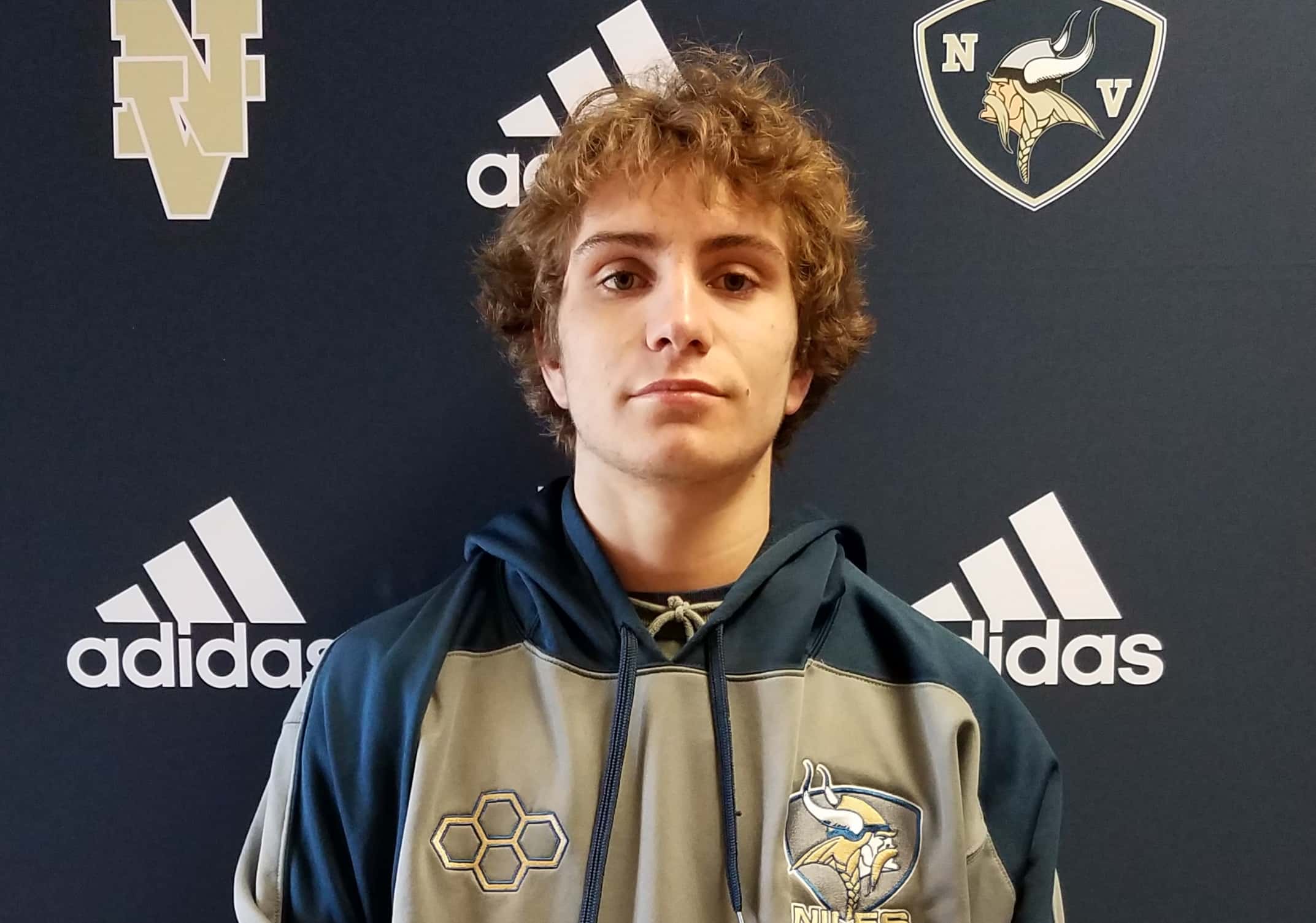 Ryan Franco of Niles High School Wrestling is the WSJM Sports Berrien County Student Athlete of the Week for the week of February 2, 2020.

At the Southwest Michigan Athletic Conference Championships, Ryan won the 130 lbs. title. He earned a bye in the first round, pinned is opponent in :31 in the second round, and won the championship with an 8-0 major decision in the finals.

Ryan is also a member of the Niles Football team and Student Council, and intends to try out for the golf team in the spring. In the classroom, he carries a 3.65 grade point average.

Ryan is the son of Tony and Rayann Franco of Dowagiac.

Other finalists for the week were Javond Ball and Caiden Smith of Niles Wrestling, and Megan Neubecker of Coloma Basketball.