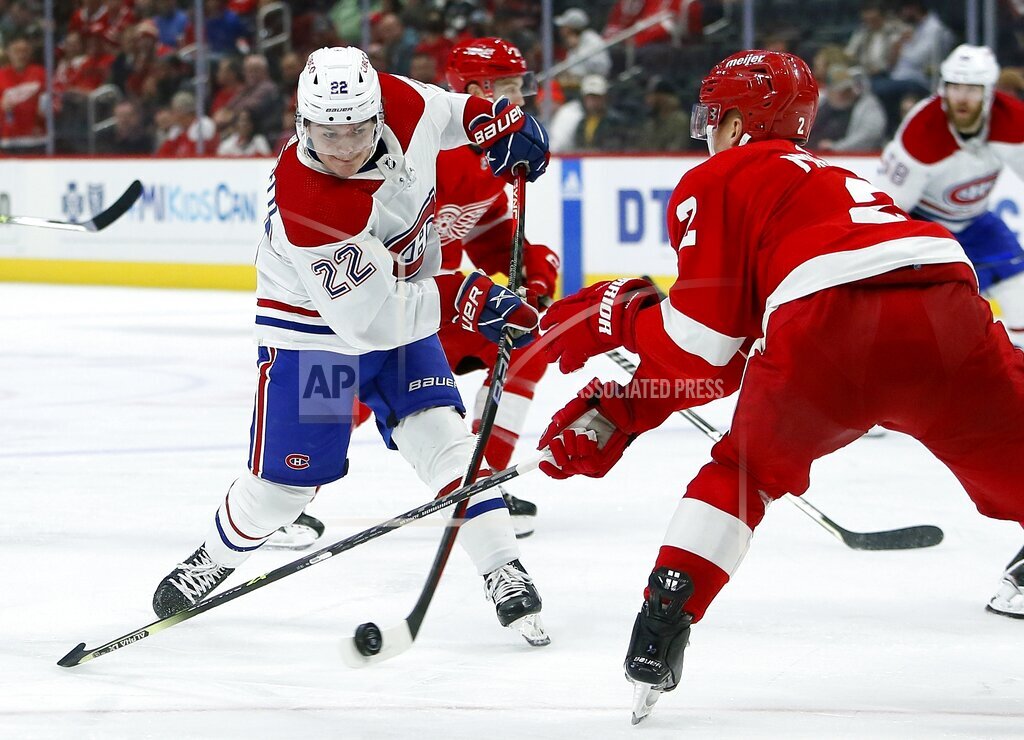 NCAAFB – Georgia is new CFP No. 1, followed by Ohio St, Michigan, TCU
Georgia was the new No. 1 in the College Football Playoff rankings, followed by Ohio State, Michigan and TCU. The Bulldogs rise from three to one was no surprise after their dominant victory against the previously top-ranked Volunteers. Clemson, which was No. 4 in the selection committee’s first rankings last week, also lost. That cleared the way for changes in the top four. Ohio State stayed at two. The Buckeyes’ Big Ten rival, Michigan moved up from five to three. TCU jumped three spots to No. 4, putting the nation’s four unbeatens at the top of the rankings. Tennessee fell to No. 5.

EMU 34, Akron 28 – Eastern Michigan holds off Akron 34-28 for 6th win
Austin Smith and Samson Evans each accounted for a pair of touchdowns and Eastern Michigan became bowl eligible with a 34-28 victory over Akron. Eastern Michigan (6-4, 3-3 Mid-American Conference) secured its fifth bowl appearance in six seasons and the program’s seventh overall. Smith threw a touchdown pass in each half. Evans had a 9-yard touchdown run in the second quarter and broke loose for a 23-yard score early in the third to give the Eagles a 31-14 lead. Cam Wiley got Akron close, running for 11- and 56-yard touchdowns early in the fourth quarter to pull to 31-28.

NCAAMBKB – Michigan State among college hoops teams facing tough tests
Tom Izzo is proud of the fact that Michigan State has consistently played tough nonconference schedules throughout his career. Playing challenging competition before the Big Ten season begins has prepared the Spartans for conference play and set them up in the NCAA Tournament to make eight runs to the Final Four under their Hall of Fame coach. Even Izzo acknowledged he might’ve bit off more than his unranked team could chew this year. Izzo is the first coach since at least 2009 to play two opponents ranked in the top four and two other teams in the poll in November.

NBA – AP source: Suspended Kyrie Irving meets with Adam Silver
A person with knowledge of the meeting says suspended Brooklyn Nets guard Kyrie Irving has met with NBA Commissioner Adam Silver. The Nets banned Irving for at least five games without pay on Thursday after he refused to say he had no antisemitic beliefs. That came hours after Silver said Irving made a “reckless decision” to post a link on his Twitter feed to a film that contains antisemitic material and said he would be meeting with him within a week. They finally did on Tuesday, the person told The Associated Press, speaking on anonymity because the meeting and its details were private.

NFL – Saturday faces daunting task in preparing Colts for Raiders
Indianapolis Colts interim coach Jeff Saturday faces a dauting task this week. First, he must find a play-caller. Then he must create a game plan for this week’s game at Las Vegas. And then he still must figure out how to fix the Colts offense and specifically its offensive line. It’s a lot to ask of someone who has spent more time in a broadcast studio than on a sideline this season. But team owner Jim Irsay thinks Saturday is right guy for this Sunday — and Indy’s final eight games.

MLB – Rizzo, Bassitt turn down options, among 11 now free agents
First baseman Anthony Rizzo became a free agent again when he declined his $16 million option with the New York Yankees for 2023. Pitcher Chris Bassitt declined his $19 million option with the New York Mets and followed rotation mates Jacob deGrom and Taijuan Walker into free agency. They were among 11 players who became free agents Tuesday, raising the total to 151. About 33 more players are potentially eligible to go free by Thursday, joining a free agent class headed by Aaron Judge, Trea Turner, Dansby Swanson, deGrom, Carlos Correa and Xander Bogaerts.  New York Yankees general manager Brian Cashman, spoke about the team’s goal to re-sign slugger Aaron Judge. “Optimally, if you could wave a magic wand, we would secure Aaron Judge and retain him and have him signed and happy in the fold as soon as possible,”

MLB – A’s still pursuing Oakland ballpark with eye on Las Vegas
Oakland Athletics general manager David Forst says the A’s are still interested in staying in the Bay Area if a stadium deal can be completed. The A’s have been exploring building a new ballpark in Oakland or Las Vegas. Forst is in Las Vegas for baseball’s general managers meetings. Baseball Commissioner Rob Manfred has expressed concern about getting a deal done in Oakland. Manfred and the A’s have said a new stadium is needed to replace the aging Oakland facility. The A’s lease at the Oakland ballpark expires after the 2024 season.

FIFA – World Cup – American defender Chris Richards to miss World Cup
American defender Chris Richards will miss the World Cup because of an injury that has sidelined him for more than two months. He wrote on Instagram that he was “gutted.” A 22-year-old from Birmingham, Alabama, Richards debuted for the U.S. in November 2020 and has made eight international appearances. U.S. coach Gregg Berhalter is set to announce his 26-man roster Wednesday. The U.S. already was missing Atlanta defender Miles Robinson, who tore his left Achilles on May 7.

FIFA – Blatter says picking Qatar as World Cup host was a ‘mistake’
Former FIFA president Sepp Blatter says picking Qatar to host the World Cup was a mistake 12 years ago. Blatter led FIFA at the time of the vote and says soccer and the World Cup are too big for a country as small as Qatar. He repeated his claim that key votes for Qatar were swayed by a 2010 meeting in Paris between then-French president Nicolas Sarkozy and FIFA vice president Michel Platini. The 86-year-old Blatter spoke with a Swiss newspaper group. It was his first major interview since being acquitted with Platini in July of financial misconduct at FIFA.

Golf – PGA Tour to Houston, Champions Tour ends season in Phoenix
The main tours are getting close to the end of the year. The PGA Tour goes to the Houston Open for the penultimate event of 2022. The LPGA Tour returns to Florida for its final two events. The leading 60 players are eligible for the season finale. For the PGA Tour Champions, the Charles Schwab Cup Championship in Phoenix wraps up the year. The $1 million prize for the Schwab Cup comes down to Steven Alker and Padraig Harrington. The European tour is in South Africa. The Nedbank Golf Challenge was canceled the past two years.

Olympics – WADA forces hearing in Russian skater Valieva’s doping case
The president of the World Anti-Doping Agency said Tuesday the agency has stepped in to send the Kamila Valieva doping case which shook figure skating at the Winter Olympics to the Court of Arbitration for Sport. WADA president Witold Banka alleges Russia made “no progress” toward resolving the case after a warning. The Russian anti-doping agency had indicated last month it was preparing to hold a hearing but wouldn’t make the verdict public because Valieva was only 15 at the time she tested positive.

Olympics – US marathon trials for 2024 Olympics will be run in Orlando
The 2024 United States Olympic marathon trials will be held along the streets in Orlando, Florida. USA Track and Field recently announced the decision. The site for the rest of the track and field trials is still being determined. The top three men and women finishers in the marathon race on Feb. 3, 2024, will earn a roster spot for the Paris Olympics held that summer. That’s provided they have met the qualifying standard.

Division 4 at Mendon
Our Lady of the Lake 3, Decatur 0
Athens 3, Martin 0
Championship Thursday at 7:00