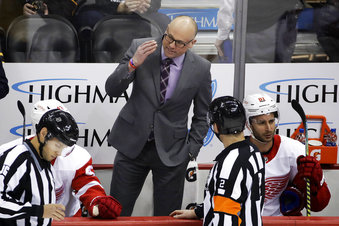 Detroit Red Wings general manager Steve Yzerman is keeping Coach Jeff Blashill despite another lackluster season. Yzerman told reporters his previously announced plans to keep Blashill behind the bench have not changed. Blashill has a losing record over five seasons in Detroit. The NHL abandoned the rest of the regular season on Tuesday. Detroit had a league-low 17 wins in its 71-game season.