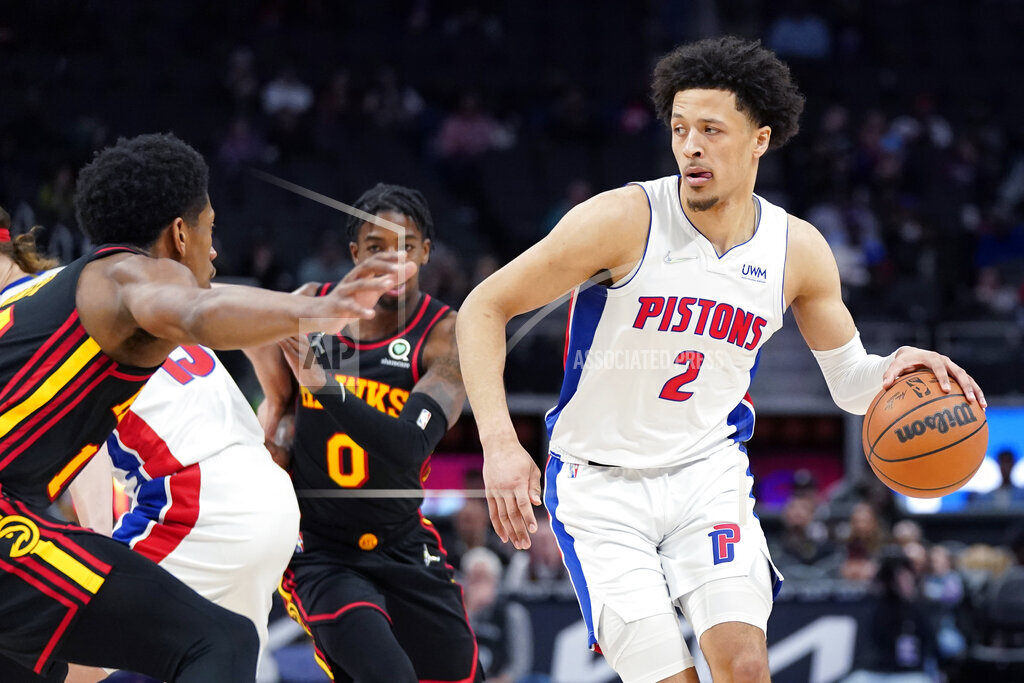 Heat 87, Pacers 82 – Butler’s late flurry helps Heat put away Pacers 87-82
Bam Adebayo had 22 points and 17 rebounds, and Jimmy Butler scored seven straight points in the closing minutes to help the Miami Heat hold off the Indiana Pacers 87-82. The Heat had lost three of their previous four. Butler finished with 20 points. Buddy Hield led the Pacers with 19 points in a rough-and-tumble game in which baskets came at a premium. Butler finally cranked it up late, helping the Heat turn a 77-73 contest into an 84-75 edge. Indiana never got closer than four.

Patriots 27, Cardinals 13 – Patriots rally for 27-13 win over Cardinals, Murray hurt
Mac Jones threw for 235 yards, Raekwon McMillan had a crucial fumble return for a touchdown and the New England Patriots earned a 27-13 win on Monday night over the Arizona Cardinals, who lost starting quarterback Kyler Murray in the first quarter to a potentially serious knee injury. New England trailed 13-10 at the break but tied the game at 13-all early in the third quarter after a short field goal. The Patriots got their game-changing play and a 20-13 lead later in the third when McMillan scooped up a fumble and returned it 23 yards for a touchdown. Murray was hurt on the third play of the game, immediately changing the complexion of the evening.

NFL – Bears get 2 rookie defensive starters back to face Eagles
The Chicago Bears will have defensive backs Kyler Gordon and Jaquan Brisker back in the starting lineup for the first time since Nov. 20 following concussions as they try to break a six-game losing streak when they face the Philadelphia Eagles. The Bears will need as many players healthy heading into their final four games against the Eagles, Buffalo Bills, Detroit Lions and Minnesota Vikings. They’ve made progress addressing problems on defense and at pass blocking but quarterback Justin Fields still needs to prove he can win a game at the end after six straight failed attempts to win or tie on their final possessions.

NCAAFB – Navy AD blunt about expectations for program, next coach
Navy athletic director Chet Gladchuk says the football program has two main goals. One is to win the Commander-In-Chief’s Trophy over Army and Air Force. The other is to go to a bowl. Gladchuk spoke to reporters a day after the academy announced coach Ken Niumatalolo was out after 15 seasons. Niumatalolo is the program’s winningest coach, but he hasn’t been to a bowl or won the Commander-In-Chief’s Trophy since 2019. Gladchuk indicated the team would likely keep running the triple option with whoever the new coach is.

NCAAMBKB – Purdue moves to No. 1, ‘Bama cracks top 5
Purdue has climbed to No. 1 in men’s basketball AP Top 25 for the second straight season. The Boilermakers moved up three spots in this week’s poll. Virginia moved up to No. 2, with Connecticut, Alabama and Houston rounding out the top five. The Crimson Tide have their second top-five ranking in three seasons after becoming the second team to beat two No. 1 teams in the same season. Alabama knocked off Houston last week after beating North Carolina earlier in the season.

NCAASOC – Syracuse wins first men’s soccer title, beats Indiana
Syracuse goalkeeper Russell Shealy stopped two shots in an eight-round shootout and Amferny Sinclair scored the game-winner as No. 3 seed Syracuse beat 13th-seeded Indiana 7-6 in a shootout to win the NCAA College Cup championship for the first time in program history. It was the longest penalty shootout in the history of the College Cup. Indiana tied it at 2-all in the 80th minute before the title game went to overtime for the sixth time in nine years. After two scoreless 10-minute overtime sessions, each goalkeeper had a diving save in the second round before the next 10 players scored. Syracuse was playing in its first men’s soccer title match after setting a program record in the semifinals with its 18th win.

NCAASWM – High court won’t hear Title IX case involving MSU
The Supreme Court says it won’t take the plunge into a dispute over Michigan State University’s decision to end its swimming-and-diving teams, a decision female athletes sued over. The case was one of many the high court rejected Monday. As is typical, the justices didn’t comment in turning away the case. The dispute the justices rejected stems from MSU’s decision to end its men’s and women’s swimming-and-diving teams after the 2021 season. The school cited cost as the reason, saying its swimming and diving facilities needed millions in upgrades. School officials have said they’re discussing reinstating the swimming-and-diving program.

WNBA – Nneka Ogwumike elected to 3rd term as WNBA union president
Nneka Ogwumike will serve a third term as president of the WNBA Players Association after being re-elected over the weekend. The Los Angeles Sparks star has served as WNBPA President since 2016, first winning reelection in 2019. She was instrumental in negotiating for the ground-breaking 2020 collective bargaining agreement that saw major pay increases and guarantees of full salaries of players on maternity leave. The contract, which runs through 2027, also provided enhanced family benefits, travel standards and other health and wellness improvements. Las Vegas Aces guard Kelsey Plum was elected to serve as First Vice President of the union. It’s her first term on the WNBPA Executive Committee.

FIFA – Messi, Modric get Argentina, Croatia to World Cup semifinals
Tears are flowing from soccer’s biggest superstars as they make emotional exits from what might be their last World Cup. First it was Neymar, then it was Cristiano Ronaldo and it could be Lionel Messi next. Momentum is building behind Messi’s push to cap his one-of-a-kind career by winning the World Cup for the first time. The 35-year-old Argentina playmaker has carried his team to the semifinals almost in the same way Diego Maradona led the South American nation to the title in 1986. Now in Argentina’s way is Croatia. The 2018 runner-up is establishing a reputation as the most stubborn and durable of opponents and boasts one of soccer’s most graceful players in Luka Modric.

FIFA – US almost sent Reyna home from World Cup for lack of hustle
American midfielder Gio Reyna almost was sent home from the World Cup because of a lack of hustle in training, for which he later apologized. U.S. coach Gregg Berhalter revealed the team’s concerns about a player when speaking at the HOW Institute for Society’s Summit on Moral Leadership. His remarks were published by Charter Works. Berhalter said: “We had a player that was clearly not meeting expectations on and off the field … We were ready to book a plane ticket home, that’s how extreme it was.” Charter later said Berhalter’s remarks were not meant to be made public.

FIFA – Soccer journalist Grant Wahl’s body returned to US
A senior State Department official says the body and possessions of soccer journalist Grant Wahl have been repatriated to the United States after his death last week while covering the World Cup in Qatar. The official says Wahl’s remains and his belongings arrived at New York’s John F. Kennedy Airport around 8:30 a.m. ET. They were accompanied by a consular official from the U.S. embassy in Doha who had had custody of Wahl’s remains since shortly after he collapsed and died during Friday’s match between Argentina and the Netherlands. Secretary of State Antony Blinken says Wahl’s “writing captured not only the essence of the beautiful game but also the world around it.”

FIFA – Tchouaméni shows at World Cup why Mbappé wanted him at PSG
Kylian Mbappé is finally getting his chance to play alongside Aurélien Tchouaméni. The France teammates have reached the World Cup semifinals and will next face Morocco on Wednesday. Tchouaméni’s displays at the heart of the France midfield have shown why Real Madrid paid $84.5 million to sign him in June. The 22-year-old Tchouaméni moved to Madrid despite Mbappé tempting him to team up together at Paris Saint-Germain. Tchouaméni has stepped up as a key starter for France after injuries to long-time starters Paul Pogba and N’Golo Kanté. France is bidding to become the first team in 60 years to successfully defend its World Cup title.