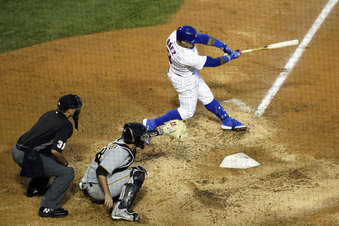 Baseball Sunday…
Trevor Bauer made short work of the Detroit Tigers, throwing a two-hit shutout in Cincinnati’s 4-0 victory that gave the Reds a sweep of Major League Baseball’s first seven-inning doubleheader. Shogo Akiyama hit an RBI single in the top of the seventh that sent the Reds to a 4-3 win in the opener. MLB recently decided to use doubleheaders of seven-inning games, which have been commonplace in the minor leagues and colleges, to help teams alleviate an expected crush of twinbills caused by weather and coronavirus-related postponements. The Reds-Tigers game was rained out Saturday.

Javier Báez singled through a drawn-in infield in the bottom of the 11th, scoring David Bote from third base and giving the Cubs a 2-1 victory over the Pittsburgh Pirates. Bote, who made the last out in the 10th, started the inning on second base as mandated by Major League Baseball’s extra-inning rule for the pandemic-shortened season. He advanced to third on a deep fly to right by Anthony Rizzo and jogged home on Baez’s first career game-ending hit against Cody Ponce. Jeremy Jeffress worked a scoreless 11th for the win. The game was delayed 64 minutes by rain before the bottom of the ninth.

White Sox prospect Nick Madrigal had the first four hits of his big league career to help Chicago beat the Kansas City Royals 9-2 and finish a three-game sweep. Two of Madrigal’s hits came during a seven-run seventh inning in which he scored the go-ahead run. Yasmani Grandal added three RBIs and Nicky Delmonico two in support of Dylan Cease, who went six innings to earn the win. Scott Barlow took the loss for Kansas City on a rough day for its entire bullpen.

Cubs star Kris Bryant was out of the lineup over the weekend with an illness. Bryant was tested for the coronavirus on Friday and Saturday, and the Cubs said both tests were negative. He is scheduled to be tested again today. The 28-year-old Bryant is off to a tough start, batting .120 in his first six games.

Brewers bench coach Pat Murphy suffered a heart attack during a Saturday team workout at Miller Park. Brewers general manager David Stearns said the 61-year-old Murphy received a stent and is expected to get released from the hospital “in a couple of days.” Stearns said it was too early to estimate when Murphy might be back in uniform.

For the second day in a row, the Miami Marlins had no positive tests among their players and staff still in Philadelphia, according to a person familiar with the situation.
The Philadelphia Phillies have received results of Saturday’s COVID-19 testing, and there were no new positives. The team was set to work out at Citizens Bank Park on Sunday in preparation for the resumption of games Monday. The Marlins haven’t played since last Sunday in Philadelphia because of an outbreak within their traveling party.

The Mets say slugger Yoenis Céspedes has opted out of the remainder of the season due to concerns about the coronavirus. His whereabouts became a concern early Sunday after he didn’t report to the ballpark and didn’t reach out to management with any explanation for his absence. Céspedes went 0 for 4 during a 7-1 loss on Saturday, leaving him 5 for 31 with 15 strikeouts this season.

Justin Thomas has reclaimed the No. 1 ranking in men’s golf by capturing the FedEx St. Jude Invitational. Thomas closed with a 5-under 66 to finish at 13-under 267 and take the $10.5 million winner’s check for his 13th PGA Tour title. He took the lead for good on the par-5 16th with his second straight birdie, while Brooks Koepka bogeyed the hole.

Brad Keselowski has won at New Hampshire Motor Speedway, his third victory of the NASCAR season and 33rd of his career. Keselowski swapped stage wins with Denny Hamlin and took the checkered flag 1.647 seconds ahead of Hamlin. Martin Truex Jr. was third after working his way back from the rear of the field because of a penalty for a runaway tire in the pits.

Reports are indicating that Lions’ wide receiver Geronimo Allison is opting out of the 2020 season.

Michigan State’s Xavier Tillman is skipping his senior season and staying in the NBA draft. Tillman announced Sunday that he would remain in the draft and plans to hire an agent. He’d announced in March that he would test the waters before making a final decision. Tillman averaged 13.7 points and 10.3 rebounds per game this past season. Meanwhile, Michigan State guard Aaron Henry told ESPN he would withdraw from the draft and return to school. Henry would be the team’s top returning scorer at 10.0 points per game.

Big Ten player of the year Luka Garza says he’s withdrawing from the NBA draft and will return to Iowa for his senior season. Garza says his heart is in Iowa City and that it would have been hard to close the book on his college career without a last chapter. The 6-foot-11, 260-pound center from Washington, D.C., scored 20 or more points in the last 16 games of his junior season, the longest streak by an Iowa player since 1971. Garza was a consensus first-team All-American and runner-up for Associated Press national player of the year.

Chicago forward Drake Caggiula has been suspended for Game 2 of the Blackhawks’ qualifying round series against the Oilers for an illegal check to the head of Edmonton’s Tyler Ennis. The hit occurred in the second period of Chicago’s Game 1 victory. Ennis returned and finished the game. Chicago coach Jeremy Colliton says he didn’t believe Caggiula intended to strike Ennis in the head but understands the NHL’s decision because that contact was made. Colliton is unsure who will replace Caggiula in the lineup for Game 2 Monday night in Edmonton without fans.