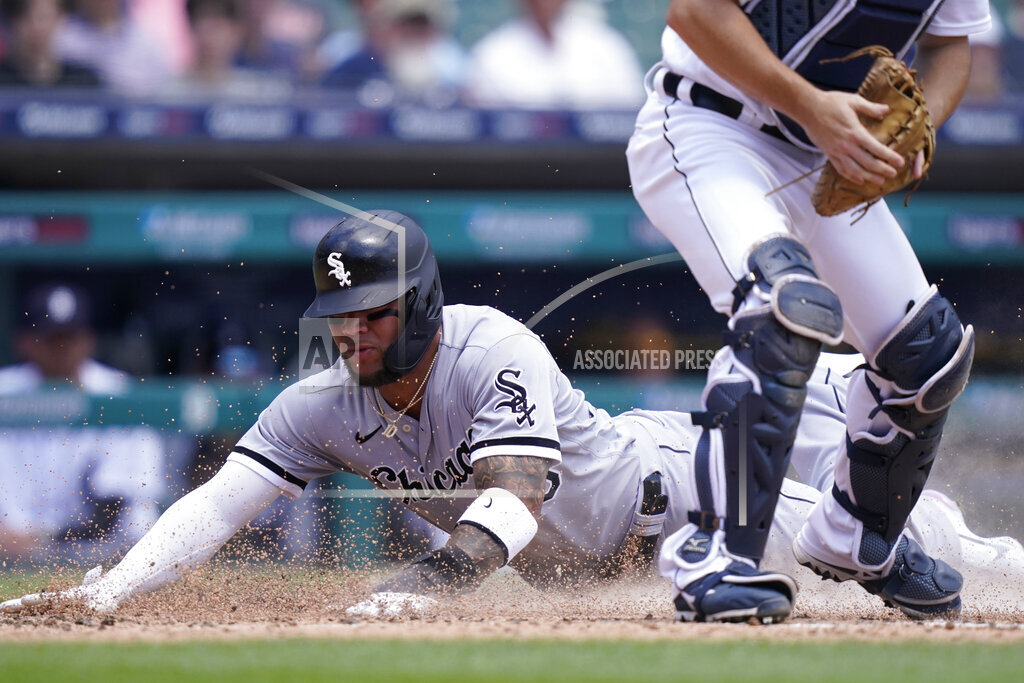 White Sox 4, Tigers 1 – Rodón takes no-hitter into 7th; White Sox sweep Tigers
Carlos Rodón took a no-hitter into the seventh inning, and the Chicago White Sox completed a three-game sweep of the Detroit Tigers with a 4-1 win. Rodón was going for his second no-hitter of the season. He took a perfect game into the ninth inning against the Cleveland Indians on April 14, hitting a batter with one out before finishing the no-no. Eric Haase doubled with one out in the seventh on Sunday. Rodón finished the inning, allowing one run on one hit and two walks while striking out nine. Evan Marshall and Liam Hendriks completed the one-hitter, with Hendriks getting his AL-leading 17th save.

Cubs 2, Cardinals 0 – Davies sharp, Cubs beat Cardinals 2-0 for 3-game sweep
Zach Davies tossed two-hit ball into the seventh inning to outduel Carlos Martinez and the Chicago Cubs beat the St. Louis Cardinals 2-0 to complete a three-game sweep. The Cubs have won five straight and 15 of 20 to remain in a tie with the Milwaukee Brewers atop the NL Central. Chicago kept up its success at Wrigley Field, where it’s won six in a row and nine of 10. The teams combined for only six hits, four by the Cubs. Anthony Rizzo went 1 for 4 and recorded the game’s only RBI. St. Louis has dropped three straight and 11 of 13 to fall one game below .500 at 32-33.

Notre Dame 9, Mississippi State 1 – LaManna, Tyrell help Irish tie series with Mississippi State
No. 9 hitter David LaManna hit a three-run home run to cap a four-run fourth inning, catapulting No. 10 overall seed Notre Dame to a 9-1 victory over No. 7 seed Mississippi State in the Starkville Super Regional, setting up a Monday showdown for a berth in the College World Series. The Bulldogs (44-16) grabbed a 1-0 lead in the first when Rowdey Jordan tripled on the first pitch from Notre Dame starter Aidan Tyrell (5-1) and scored on a sacrifice fly by Tanner Allen on Tyrell’s second pitch, but that was it for Mississippi State.

Tennis – French Open – Djokovic rallies for his 2nd French Open title
Novak Djokovic has won his second French Open championship and his 19th Grand Slam title. Djokovic rallied past Stefanos Tsitsipas in a seesaw final at Roland Garros. The score was 6-7, 2-6, 6-3, 6-2, 6-4. Djokovic also erased a two-set deficit to win in the fourth round, and has done it six times in his career. The 22-year-old Tsitsipas looked like the fresher player early on, and Djokovic was coming off an epic semifinal victory over Rafael Nadal. But the 34-year-old Serb found his form and held every service game in the final three sets.

NASCAR – Larson wins 2nd NASCAR All-Star race, this one in Texas
Kyle Larson was back in the NASCAR All-Star race, and won another $1 million by winning it again. Larson held off a hard-charging Brad Keselowski during the final 10-lap shootout at Texas on Sunday night. That included a slippery three-wide pass to get back in front and give Hendrick Motorsports its second consecutive win in the annual non-points race. It is the organization’s 10th All-Star win overall. Defending All-Star winner and reigning Cup champion Chase Elliott finished third. There were no points on the line, but Larson went to Victory Lane for the third weekend in a row and fourth time overall this year.

IndyCar – Pato O’Ward charges to win, dedicates it to injured teammate
Pato O’Ward has become IndyCar’s first repeat winner of the season by charging through the field on a final restart to steal the victory away from Josef Newgarden at the Raceway at Belle Isle Park.  O’Ward drove from fifth to first in five laps to win his second race of the season. O’Ward dedicated the win to Arrow McLaren SP teammate Felix Rosenqvist, who was hospitalized overnight following his crash in Saturday’s first race of the doubleheader. Newgarden finished second after leading 67 of the 70 laps. Alex Palou was third but lost the points lead to O’Ward.

Euro2020 – England players booed for taking a knee despite plea by team
Sections of fans at Wembley Stadium have booed England players for taking a knee before the European Championship game against Croatia. The boos came despite pleas from the team to respect the anti-racism gesture. Croatia’s players did not take a knee. The English Football Associated told fans ahead of the game that the team is taking a knee “as a mechanism of peacefully protesting against discrimination, injustice and inequality. This is personally important to the players and the values the team collectively represents.” Some fans claim taking a knee is a political act.

USA Soccer – Lloyd scores quick goal and US women defeat Jamaica 4-0
Carli Lloyd scored 24 seconds into the game and the U.S. women’s national team went on to defeat Jamaica 4-0 in a Summer Series match. The U.S. women are undefeated in 41 straight matches, the third longest streak in team history. The team is undefeated in 55 games on American soil. Lloyd’s goal was the fastest for the Americans since Alex Morgan scored in 12 seconds against Costa Rica in a 2016 match. Lloyd also became the oldest woman to score a goal for the national team.