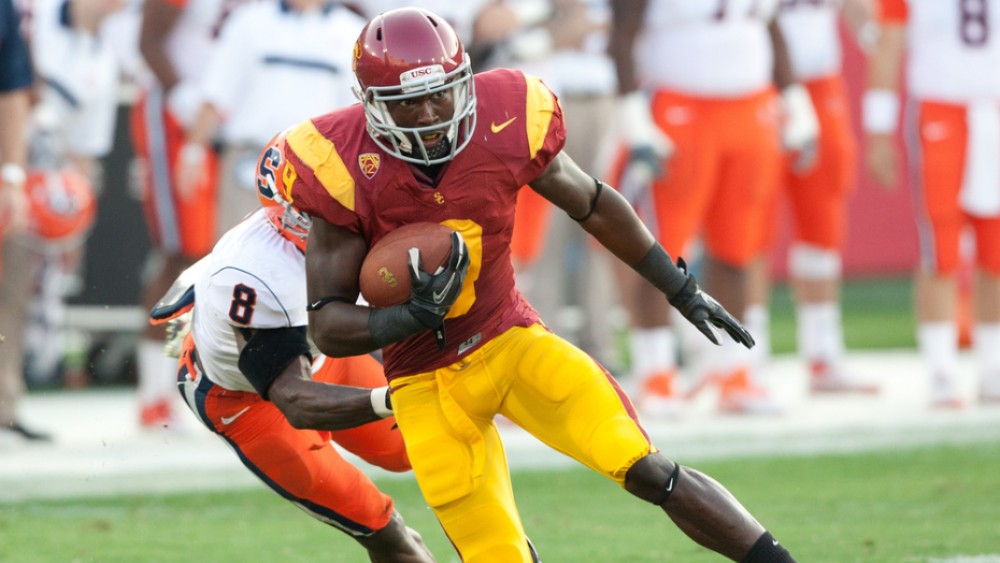 Jaguars wide receiver Marqise Lee had to be carted off the field on Saturday night, after suffering a knee injury midway in the first quarter against the Atlanta Falcons when making a catch across the middle of the field. Safety Damontae Kazee was penalized 15 yards because he tackled Lee low using the crown of his helmet and the league’s new helmet rule was enforced. The Jaguars announced shortly after Lee’s injury that he would not return. The Jaguars signed Lee to a four-year, $34 million extension in March. He is set to earn $2.5 million this season but it will increase to $7.2 million in 2019. He caught 56 passes for 702 yards and three touchdowns last season.