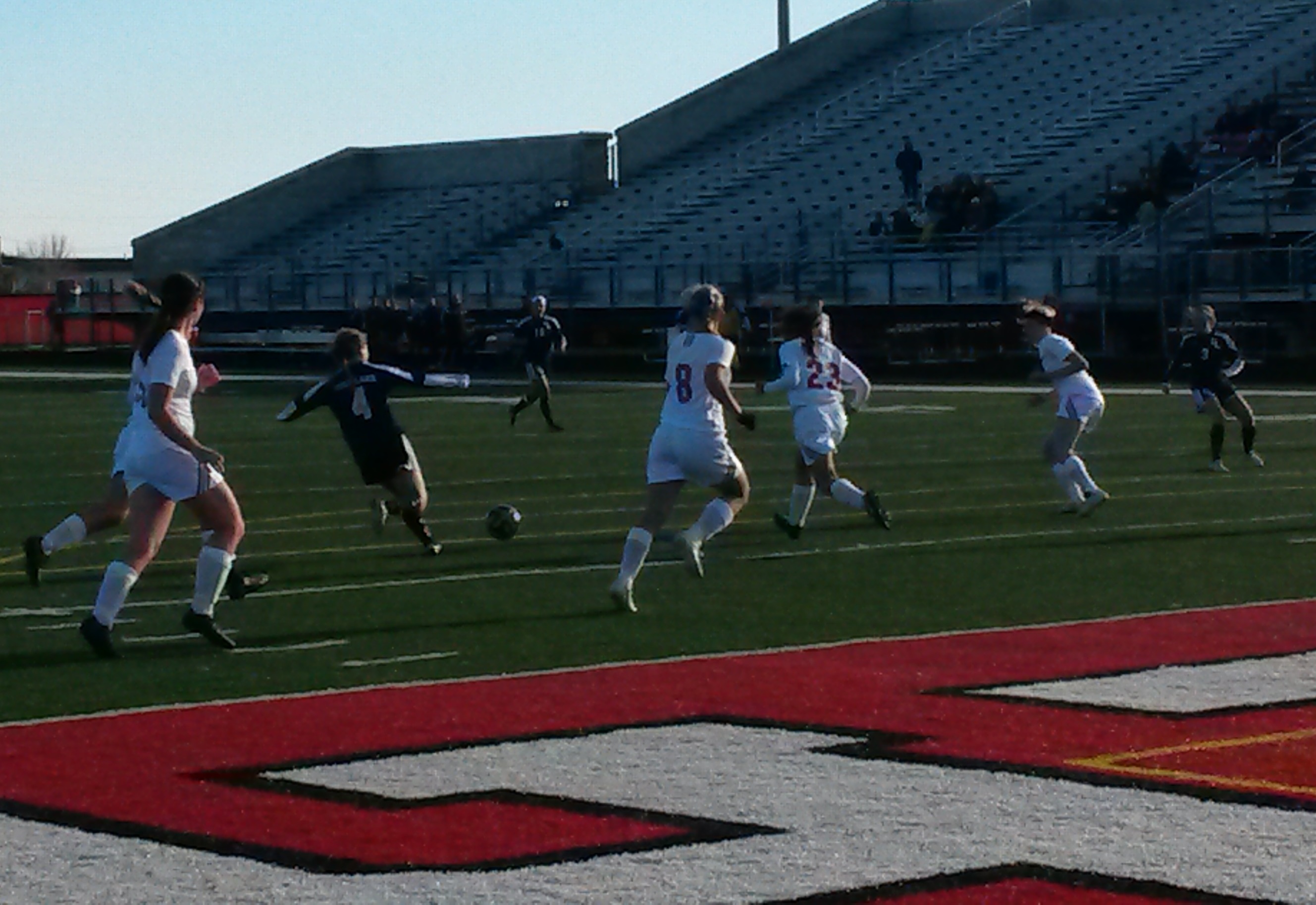 SOCCER
Lakeshore 5, Niles 0
Five different players each scored goals as Lakeshore beat Niles 5-0 to advance to the Division 2 District semis. Sydney Cason, Lindsay Ebeling, Carley Dubbert, Natalie Stampfly, and Lauren Matti each scored for the Lancers. Lindsay Ebeling, Sarah Dubbert, Rachel Edinger, and Sydney Cason got the assists. Lakeshore will host Mattawan Thursday at 6:00 in the District Semi-finals. It will be the 4th time the Lancers and Wildcats will have faced each other this season. Lakeshore has won the previous three.

St. Joseph 6, Sturgis 0
St. Joe eliminated the host school Sturgis with a 6-0 win in their Division 2 District opener. Sarah Corbe had two goals, while Corel Carmichael and Summer Hoffman each had a goal and an assist. Shivani Jain and Morgan Parsons also scored for the Bears. Brittney Ackerman and Audrey Filippo each added an assist. St. Joe will host Three Rivers in the District semi-finals Thursday at 6:00.

Michigan Lutheran 4, Cassopolis 3
Michigan Lutheran scored three unanswered goals in the second half to rally for a 4-3 win over Cassopolis in a Division 4 District opener. Hailey Maas and Courtney Ritter each scored twice for the Titans. Lotte Pederson tallied two goals for the Rangers. Lutheran advances to take on Lake Michigan Catholic in the District semi-finals Thursday at 5:00 in New Buffalo.

Coloma 3, Berrien Springs 1
Coloma got goals from Payton Terry, Ashley Sipla, and Emma Tavalocci in a 3-1 win over Berrien Springs in a Division 3 District opener. The Comets outshot the Shamrocks 15-3. Coloma advances to face Parchment Thursday at 5:00 in Coloma.

Watervliet 2, Hartford 1
Watervliet hung on for a 2-1 win over Hartford in their Division 3 District opener. The Panthers opened the scoring with a two run 4th inning. Hartford plated a run in the 6th to make it 2-1 but fell short in their comeback bid. Ashton Holdridge struck out ten Indians in picking up the win for Watervliet.

Lawrence 7, Martin 1
Derek Gribbler tossed a one hitter and struck out 12 as Lawrence defeated Martin 7-1 in a Division 4 District opener. Matt Cammire went 4 for 4 at the plate with an RBI and two runs scored for the Tigers. In all, Lawrence pounded out 15 hits in the win.

SOFTBALL
Lake Michigan Catholic 7, Eau Claire 1
Lake Michigan Catholic advanced to the Division 4 District semi-finals with a 7-1 win over Eau Claire. Maddie McLoughlin delivered a single, a double, a triple, and three RBIs for the Lakers. Lauren Goodell struck out six in picking up the win for Catholic. The Lakers move on to face New Buffalo Saturday at noon in the District semis.

Watervliet 15, Hartford 2
In a Division 3 District Opener, Watervliet defeated Hartford 15-2. Jayden McMiller delivered a 1st inning grand slam for the Panthers. Watervliet added one more run in the inning, three more in the 2nd, five in the 3rd, and two in the 4th in cruising to the victory. Karlee Liles picked up the win, limiting the Indians to two runs on five hits.

Brandywine 13, Berrien Springs 9
Powered by a seven run third inning, Brandywine defeated Berrien Springs 13-9 in a Division 3 District opener. The Bobcats trailed 2-1 before the outburst. They added four more runs in the 5th and one in the 6th.

Division 2 at Otsego
Vicksburg vs. Otsego, 5:00

Division 2 at Otsego
Vicksburg vs. Otsego, 5:00