BOYS SCORES
Lakeshore 64,  Niles 51
Lakeshore survived a third quarter run by Niles and beat the Vikings 64-51. Down by as many as ten in the first half, Niles pulled to within one in the third, but couldn’t manage to take the lead. Rubin Conway scored a game high 22 points for Lakeshore. The Vikings got 12 points apiece from Ray Glenn and Gabe Stokes. The win lifts Lakeshore to 3-0 in the SMAC West and 8-1 on the season.

Dowagiac 69,  South Haven 59
A strong start and finish led Dowagiac to a 69-59 win over South Haven. The Chieftans outscored the Rams by nine in the first quarter and by eight in the fourth to pull out the Wolverine Conference win. Daquan Brooks poured in a game high 17 points for Dowagiac. James Smith paced South Haven with 14.

Lawrence 66,  Decatur 57
Lawrence survived a fourth quarter Decatur comeback to beat the Raiders 66-57. The Tigers got a game high 22 points from Joey Rokos. Matt Cammire scored his 1,000th point, finishing with 19 for Lawrence. Decatur was paced by Carter Smith’s 21 points.

Bangor 53,  Gobles 49
Bangor held on for a 53-49 win over Gobles. Trailing by eight after one quarter, the Tigers pulled even after three, but the Vikings were able to pull it out in the fourth. Lamar Clinton led Bangor with 30 points. Gobles was led by Pierce Vreeland who finished with 14.

GIRLS SCORES
Lakeshore 53,  Niles 47
Taylor Wagner and Lindsay Ebeling each scored 12 points in leading Lakeshore to a 53-47 win at Niles. Trailing by eight after the first quarter, the Lancers outscored the Vikings 33-17 over the next two and hung on for the SMAC West Division win. Elyse Zimmerman led Niles with a game high 23 points.

Buchanan 43,  Lake Michigan Catholic 31
Brooke Wesner scored a game high 14 points in leading Buchanan to a 43-31 win over Lake Michigan Catholic. Trailing by four after the first quarter, the Bucks took a two point lead into the half and then outscored the Lakers 10-3 to pull away. Nicole Visin led Catholic with 8.

New Buffalo 53,  Bridgman 33
New Buffalo defeated Bridgman 53-33. The Bison opened the game outscoring the Bees 11-0 in the first quarter and they never looked back. New Buffalo was led by Olivia Smith who scored 17 points.

Watervliet 31,  Lawton 21
Watervliet was a 31-21 winner at Lawton. The Panthers were led by Logan Mizwicki who scored ten points. Jayden McMiller added eight for Watervliet as they improved to 7-5 on the season and 4-2 in the SAC South. 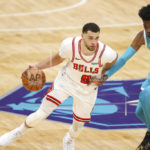