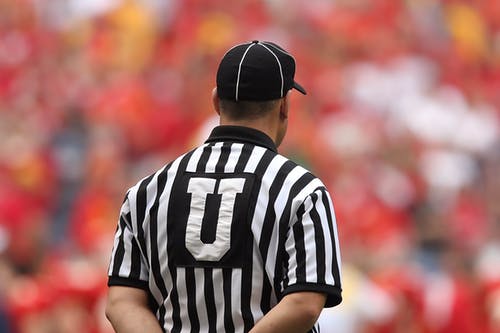 Practice is now officially underway for high school fall sports. With the regular seasons quickly approaching, there are some rules changes ahead for various sports. Below are the rules changes you will notice…

FOOTBALL
To improve pace of play, all varsity games will be played with a 40-second play clock that begins after the conclusion of the previous play except when there is an exception (penalty, timeout, etc.). In those circumstances, a 25-second clock will start with the referee’s ready-to-play whistle.

The other notable rules changes in football continue a focus on safety. Tripping a ball carrier – that is, intentionally using the lower leg or foot to obstruct a runner below the knees – now will result in a 15-yard penalty. The definition of a horse-collar tackle also has been expanded to include grabbing of the name plate area on the back of the jersey (along with the inside of the neck area of the jersey or shoulder pads) to bring a runner to the ground. Horse-collar tackling also is penalized with a 15-yard personal foul.

GOLF
Athletes will be allowed to use cell phones in four situations – to call a coach or tournament administrator for a health and safety issue, for use in inputting scores for live scoring or other scoring applications, to contact a rules official with questions, and for use as a distance-measuring device.

Also in golf, a new rule sets the maximum allowable score per hole at 12 strokes.

VOLLEYBALL
Attempted serves that make contact with a backboard or other support device hanging from the ceiling over the serving area now will be illegal serves instead of faults (which previously allowed the server another attempt). Also, when a ball in play strikes the cables or diagonal poles used to retract baskets or similar apparatus to the ceiling, the game official will stop play and determine if the ball was playable — if it is ruled playable before making contact with the apparatus, there will be a replay; if the ball is deemed to have not been playable, it will be ruled out of bounds.

Also in volleyball, a change regarding uniforms will make the libero more recognizable. A libero’s uniform top must clearly contrast with those of the rest of her teammates by using another predominant color. The libero’s uniform may be trimmed with the predominant color of her non-libero teammates’ uniforms, and vice versa. Also regarding volleyball uniforms, “00” may no longer be used as a jersey number, only numbers 0-99 to eliminate confusion.

SWIMMING
The definition of a legal finish has changed to include a competitor touching any part of the finish end of the lane, not just the touch pad. In diving, the degree of difficulty was adjusted for back and reverse somersaults to provide consistency with difficulty of other dives.

SOCCER
The game clock will stop when the team leading the game makes a substitution during the final five minutes of the second period of regulation or second part of overtime. This stoppage aims to prevent the team in the lead from using substitutions as a way to run time off the clock. 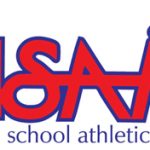 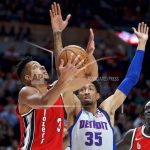