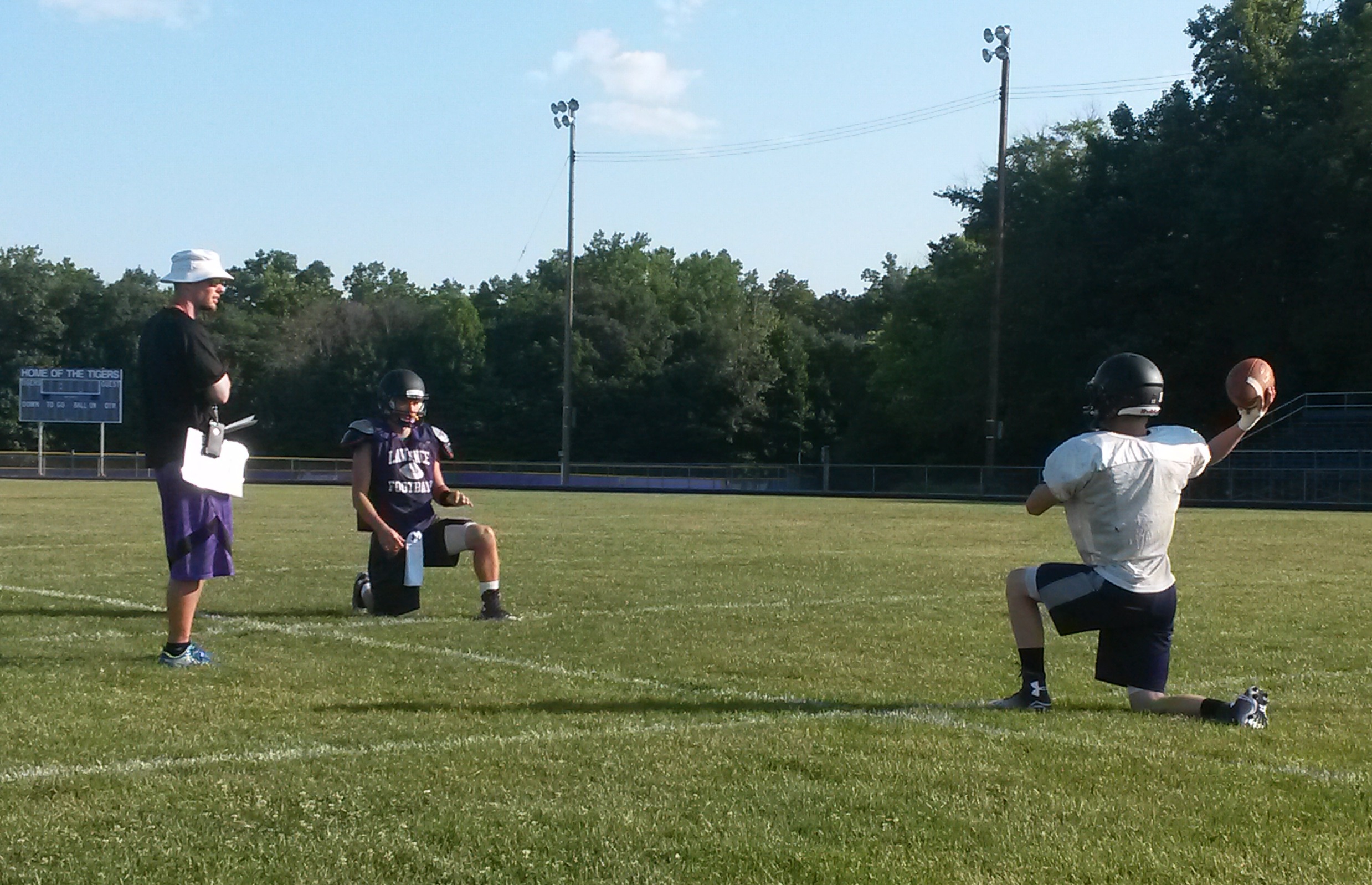 Coming off of their state championship win, the Lawrence High School eight-man football team is coming into practice with high expectations. The three senior captains will have some big shoes to fill with the absence of star quarterback Derek Gribler and wide receiver Matt Cammire, but head coach Cody Caswell believes they’ll be up to the task.

Caswell also talked about the team’s strengths this year both on offense and defense. “I think we’ll have some depth at the offensive line,” he said. “I think Coombs will step in and fill the role of quarterback very well.”

On the defensive side, Caswell hopes that they’ll still be fast. “I believe these kids are still physical, which is a big part for our defense,” Caswell said. “We preach fast and physical, and that’s what we have to be to play our style of defense.”

Last season proved to be the most successful in the program’s history, with the Tigers not only winning the state championship, but holding an undefeated record. The Tigers also scored a total of 750 points, only allowing 131 to their opponents.