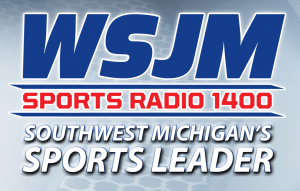 BOYS
Benton Harbor 54,  St. Joe 35
Three Tigers scored in double figures as Benton Harbor pulled away for a 54-35 win at St. Joe. Leading by one at the half, the Tigers outscored the Bears 18-10 in the third quarter and 16-6 in the fourth. Benton Harbor got 20 points from Jaton Gunn, 12 from Malik Hall, and 11 from Roy Anderson. Mac Shimulunas led St. Joe with ten.

Watervliet 66,  Hartford 44
A strong third quarter led Watervliet to a 66-44 win over Hartford. Leading by seven at the half, the Panthers put the game away in the third, outscoring the Indians 24-3. Bradley Alden led Watervliet with 22 points, three rebounds and five assists. Zach Kiefer added a season high 17 points for the Panthers.

Dowagiac 69,  Edwardsburg 56
Brandon Winchester-Jones scored a game high 22 points as Dowagiac beat Edwardsburg 69-56. The Chieftains ran out to a 20-5 lead after one quarter and never looked back. Isaac Vite netted 21 points for the Eddies.

Lawrence 52,  Marcellus 46
Lawrence opened up a nine point lead at the half and held on for a 52-46 win over Marcellus. Matt Cammire finished with 15 points for the Tigers, who improve to 8-0 in the SAC South and 15-1 overall. Marcellus was led by Todd Shelly’s 14 points.

Decatur 61,  Lawton 48
Decatur posted a 61-48 win at Lawton. Trailing by four after the first quarter, the Raiders outscored the Blue Devils by eight in the second and slowly pulled away from there. Carter Smith led Decatur with 21 points. Lawton got a game high 28 points from Jarod Wimes.


GIRLS
Benton Harbor 62,  St. Joe 59
Kalabrya Gondrezick scored 12 of her 16 points in the second half as Benton Harbor came from behind to beat St. Joe 62-59. St. Joe lead by as many as seven but poor free throw shooting allowed the Tigers to come back and come away with the win. The Bears finished ten of 28 from the charity stripe. Kysre Gondrezick led Benton Harbor with 24 points. The Bears got a game high 30 from Shelby Madison.

Watervliet 56,  Hartford 23
Watervliet ran away early on their way to a 56-23 win over Hartford. The Panthers held the Indians scoreless in the first quarter while building an 18-0 lead. Jayden McMiller turned in 16 points, eight rebounds, and four steals for the Panthers.

Edwardsburg 43,  Dowagiac 21
Edwardsburg sprinted out of the gates on their way to a 43-21 win at Dowagiac. The Eddies outscored the Chieftains 29-6 in the first half to put the game away early. Savannah Dixon paced Edwardsburg with a game high 17 points. Taylor Hulett led Dowagiac with eight points.