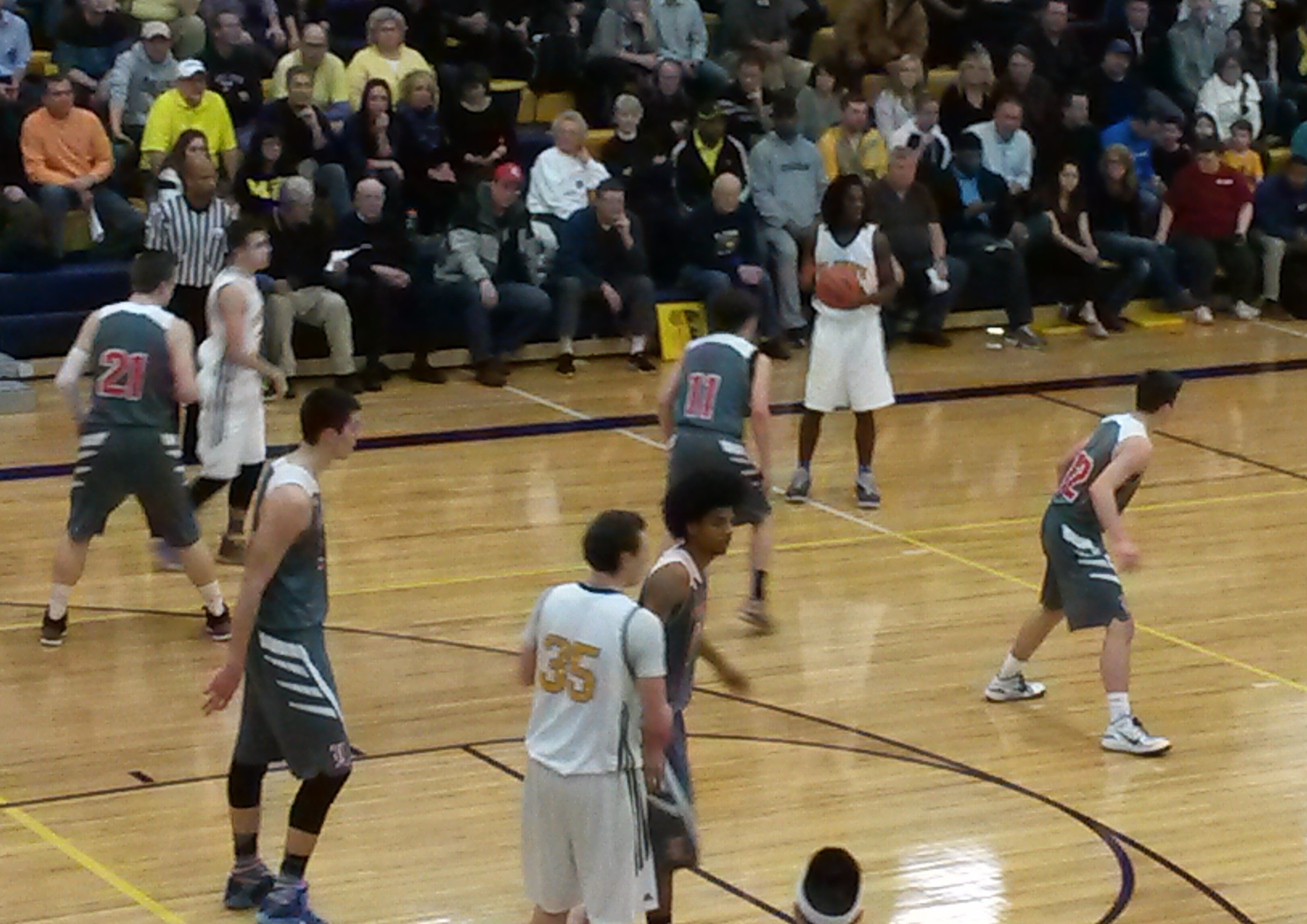 BOYS SCORES
Lakeshore 38,  St. Joe 33
Lakeshore came from behind to score a 38-33 win at St. Joe. Trailing by five after three quarters, the Lancers limited the Bears to just six points in the fourth to improve to 13-1 on the season and 6-0 in the SMAC West. Braden Burke led Lakeshore with 16 points. Mac Shimulunas came off the bench and paced St. Joe with 19.

Decatur 53,  Watervliet 48
Decatur held on for a 53-48 win over Watervliet. Trailing by as many as ten, the Panthers came back to cut the deficit to two late in the game, but couldn’t finish the rally. Watervliet was led by Bradley Alden who finished with 19 points and seven rebounds.

New Buffalo 63,  Brandywine 57
New Buffalo earned a hard fought 63-57 win over BCS rival Brandywine. The Bison jumped out to an eight point lead after the first quarter only to see the Bobcats pull even after three. New Buffalo survived the comeback outscoring Brandywine by six in the fourth. Jarek Hotwagner netted 22 points for the Bison. Andrew Boocher matched that with 22 of his own for the Bobcats.

Lawrence 63,  Hartford 40
Matt Cammire scored a game high 19 points in leading Lawrence to a 63-40 win over Hartford. The Tigers pulled away in the second half, outscoring the Indians 31-14 after the break. Derek Gribler added 14 points for Lawrence. Skyler Traver led Hartford with 12.

Martin 55,  Bangor 43
Martin got 20 points from Garrett Dill in a 55-43 win over Bangor. Tanner Curry added 19 for the Clippers. Lamar Clinton finished with 13 points for Bangor.


GIRLS SCORES
Lakeshore 60, St. Joe 43
Lakeshore pulled away in the second half to beat St. Joe 60-43. Leading by just two at the half, the Lancers increased their lead to eight after three, and outscored the Bears 16-7 in the fourth. Carley Dubbert scored 15 of her game high 20 points in the second half for the Lancers, who improve to 13-2 on the season and 7-0 in the SMAC West. St. Joe was led by Shelby Madison’s 13 points.

Brandywine 59,  New Buffalo 34
A strong two middle quarters led Brandywine to a 59-34 win over New Buffalo. The Bobcats outscored the Bison 23-9 in the second quarter and 18-7 in the third. Makenna Hartline led Brandywine with 16 points and five rebounds. New Buffalo got 12 points from Anna Bardusk.

Decatur 53,  Watervliet 20
Decatur turned in a strong performance on both ends of the floor as they beat Watervliet 53-20. The Raiders pulled away by outscoring the Panthers 29-7 in the second half. Decatur’s defense came up big, forcing 37 Watervliet turnovers.

Portage Northern 54,  Niles 47
Natalie Vizard poured in a game high 34 points in leading Portage Northern to a 54-47 win over Niles. The Vikings got 20 points from Elyse Zimmerman and 12 from Jazmin Brann.