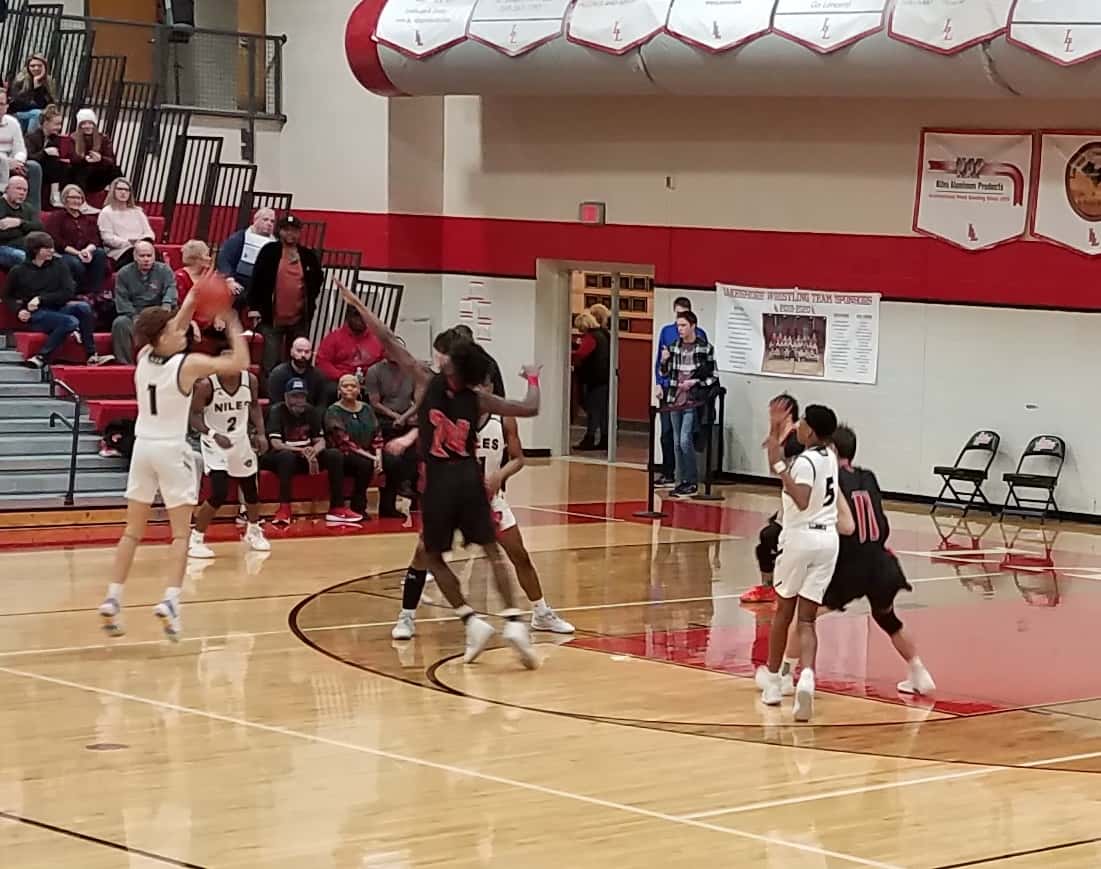 Lakeshore 71, Niles 53
The Lancers started to pull away late in the third quarter as they remained undefeated. Dylan Clem led Lakeshore with a game high 17 points. The Lancers also got 14 points from Grant Gondrezick and 13 from JJ Bushu. Cerious Wilson scored 15 in the loss for the Vikings. The win lifts Lakeshore to 9-0 on the season and 4-0 in the SMAC West Division. Niles falls to 1-3 in the division and 2-7 overall.

Portage Central 61, St. Joe 43
Leading by one after the first quarter, Portage Central started to slowly pull away in the second on their way to the SMAC West Division win. Jeremiah Sterling scored 12 points in the loss for St. Joe, Conner Wright added 11. The win lifts Central to 4-0 in the division and 8-0 overall. St. Joe falls to 3-7 on the season and 2-2 in the division.

Gobles 73, Martin 66   2OT
Martin rallied to tie the game late with Gobles coming up with a big defensive stand in the closing seconds to send the game into overtime. They needed another defensive stop to send it to the second overtime. The Tigers then controlled the second extra period to seal the SAC win. Karsen Tackett led Gobles with 29 points, including going 13 for 15 at the free throw line

Niles 70, Lakeshore 23
The Vikings opened the game on a 12-0 run and never looked back. Senior guard Alysia Patterson led Niles with 22 points, four assists, and five steals. Amara Palmer added 16 points, four assists, six rebounds, and six steals as the Vikings improve to 6-4 on the season and 3-2 in the SMAC West Division. Lakeshore falls to 1-4 in the division and 3-7 overall.

St. Joe 34, Portage Central 26
The Lady Bears trailed by three at the half but dominated after the break to pull out the SMAC West Division road win. Symone King paced St. Joe with ten points and five rebounds. Karly Klaer added six points, five rebounds, and two steals and two steals as the Bears take sole possession of first place in the SMAC West at 5-0 in the division and 8-4 overall.