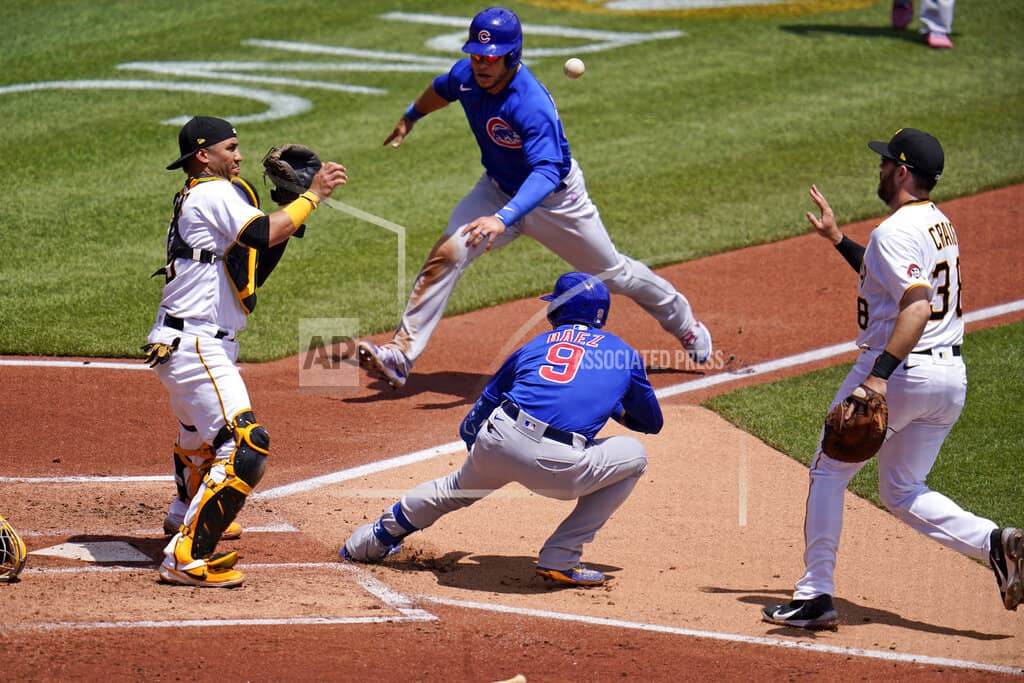 Cubs 5, Pirates 3 – Wait what? Bizarre sequence helps Cubs top Pirates 5-3
The Chicago Cubs took advantage of some heads-up baserunning by Jose Baez to edge the Pittsburgh Pirates 5-3. Baez got in a rundown between home and first after a routine grounder, buying time for Willson Contreras to score all the way from second. Baez reached second on the play then scored on a single by Ian Happ to help the Cubs win for the ninth time in 11 games. Gregory Polanco, Bryan Reynolds and Michael Perez homered for Pittsburgh. who lost 8 of 9.

Indians 5, Tigers 2 – Bieber allows 1 hit in 7 innings, Indians top Tigers 5-2
Shane Bieber struck out 12 in seven one-hit innings, and the Cleveland Indians beat the Detroit Tigers 5-2. Bieber took a no-hitter into the seventh before Jonathan Schoop led off the bottom of that inning with a home run to left. The Cleveland right-hander then struck out three more hitters before leaving after 103 pitches. Eddie Rosario homered for the Indians, who helped Terry Francona to his 700th victory as Cleveland’s manager. Matthew Boyd allowed four runs and six hits in five innings for the Tigers, who have lost five of six.

White Sox 5, Orioles 1 – Cease, Mercedes lift White Sox over slumping Orioles 5-1
Dylan Cease struck out 10, Yermín Mercedes homered and drove in three, and the Chicago White Sox handed the Baltimore Orioles their 10th straight loss, 5-1. Cease threw a career-high 111 pitches and allowed one earned run over six innings. He stumbled following a 19-minute rain delay before first pitch, allowing a single and hitting a batter before retiring his next eight and 15 of the next 18. Baltimore’s Trey Mancini was hit by a pitch in the first inning and left with a bruised right elbow. X-rays were negative. The first baseman entered Thursday second in the majors with 42 RBIs a year after being diagnosed with colon cancer.

NBA – Knicks, 76ers ban fans for unruly behavior
The New York Knicks and Philadelphia 76ers each banned a fan and issued apologies for actions directed at opposing players during playoff games last night. The Knicks said they have barred a fan from Madison Square Garden for spitting on Atlanta guard Trae Young, and the Sixers banned the fan who threw popcorn on Washington guard Russell Westbrook. In addition, the Utah Jazz said three of their fans were banned indefinitely following a verbal altercation during last night’s win over Memphis.

IIHF – US beats Latvia 4-2 in world hockey championship
Trevor Moore and 18-year-old Matty Beniers scored in a 1:47 span midway through the second period to help the United States beat Latvia 4-2 on Thursday in the world hockey championship. Brian Boyle and Matt Tennyson scored in the first period and Cal Petersen made 17 saves in the Americans’ third straight victory after an opening loss to Finland. They are second in Group B, a point behind Finland. Finland beat Italy 3-0 in the other Group B game Thursday. Tony Sund scored twice, Arttu Ruotsalainen added a goal, and Harri Sateri made 11 saves. In Group A, Switzerland routed Slovakia 8-1, and the Czech Republic beat Sweden 4-2. Switzerland joined Slovakia and Russia atop the group standings.

NCAA – Democrats push bill allowing college athletes to organize
College athletes would have the right to organize and collectively bargain with schools and conferences under a bill introduced Thursday by Democrats in the House and Senate. Senators Chris Murphy and Bernie Sanders announced the College Athletes Right to Organize Act. A companion bill was introduced in the House. The bill would amend the National Labor Relations Act to define college athletes who receive direct grant-in-aid from their schools as employees. A movement at Northwestern to unionize college football players was rejected by the National Labor Relations Board in 2015. The NCAA has turned to Congress for help as it tries to reform its rules to allow athletes to be paid for endorsements, personal appearances and autographs.

Golf – PGA – Spieth and Garcia share lead at Colonial
Jordan Spieth and Sergio Garcia each fired bogey-free, 7-under 63′s to create a first-place tie in the Colonial. Spieth closed with a tap-in for his third birdie in a row, and seventh overall. Garcia had a 15-foot birdie attempt on the 18th hole that circled the edge of the cup but didn’t go in. Phil Mickelson is 10 strokes back after a 73 that ended with the 22-foot birdie. The 50-year-old Mickelson is back in action four days after becoming the oldest major champion.

Golf – Champions – Senior PGA Championship – Cejka has clubhouse lead
Alex Cejka was the clubhouse leader when the first round of the Senior PGA Championship was suspended on Thursday.  Cejka led the morning wave with a 3-under 67 at Southern Hills Country Club. He beat Steve Stricker in a playoff in the Regions Tradition for his first major title.  Stricker also was 3 under on Thursday, but had only played seven holes when a line of storms forced the afternoon wave off the course at 3:48 p.m.  Miguel Angel Jimenez, Mike Weir and John Riegger each shot 68.

Indy500 – 135K fans: Indy 500 will be largest sports event of pandemic
The Indianapolis 500 is set to become the largest sporting event since the pandemic hit in early 2020. Indianapolis Motor Speedway has announced a reduced-capacity sellout crowd of 135,000 is expected to attend Sunday’s race. The speedway is the largest sporting facility in the world with more than 250,000 grandstand seats and the ability to host close to 400,000 on race day. The track also decided to lift the local broadcast blackout and allow Central Indiana fans the chance to watch on NBC. 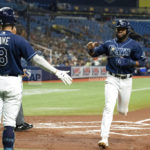 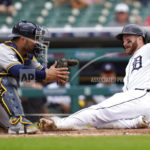 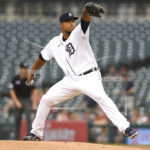