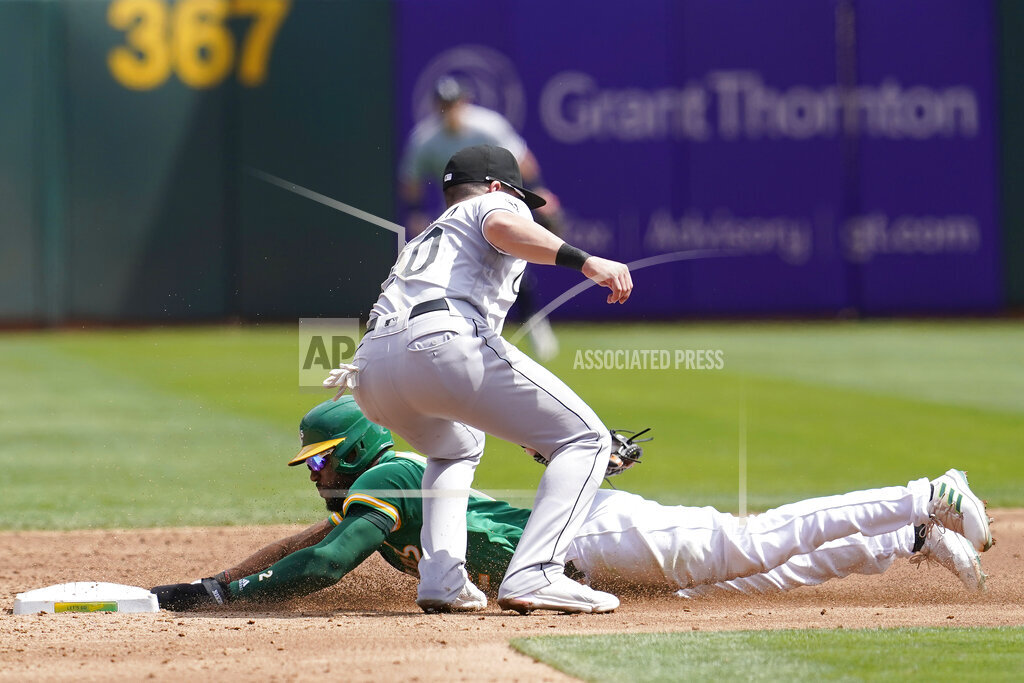 A’s 3, White Sox 1 – Manaea fans 9, A’s beat White Sox 3-1
Sean Manaea struck out nine in seven dominant innings, and the Oakland Athletics beat the Chicago White Sox 3-1. Manaea allowed one run and five hits in his first win since July 28. The left-hander went 0-3 with an 8.00 ERA in his previous six starts. Tony Kemp and Matt Chapman each drove in a run for Oakland, which took two of three games in the series. José Abreu had two hits and drove in a run for the White Sox, who have lost 10 of their last 11 regular-season games at the Oakland Coliseum.

Buccaneers 31, Cowboys 29 – Brady throws for 379 yards, 4 TDs, Bucs beat Cowboys 31-29
Tom Brady threw for 379 yards and four touchdowns, helping the defending Super Bowl champion Tampa Bay Buccaneers kick off the NFL season with a mistake-filled 31-29 victory over the Dallas Cowboys on Thursday night. With seats in a NFL stadium filled to full capacity for the first time since the start of the coronavirus pandemic, Ryan Succop won it with a 36-yard field goal Brady set up with a last-minute drive directed on the same field where the Bucs became the first team to play and win a Super Bowl in its home stadium seven months ago. Dak Prescott threw for 403 yards and three TDs for Dallas.

NFL – Campbell-led Lions host 49ers, aiming to prove people wrong
Dan Campbell is taking over a team that isn’t supposed to win much this year and is leading a franchise as synonymous with losing as any in the NFL over the last several decades. The Campbell era in Detroit begins Sunday at home against the San Francisco 49ers. Campbell plans to prove people wrong and his players do, too.  The Niners won just six games last season as injuries sent some of their best players to the sideline. Quarterback Jimmy Garoppolo, tight end George Kittle and defensive end Nick Bosa are back after missing much of last year with injuries.

NFL – Veteran QBs Stafford, Dalton debut when Rams host Bears
Two accomplished, 33-year-old veteran quarterbacks are making their debuts with new teams Sunday night at SoFi Stadium. And that’s where the similarities end. Matthew Stafford is the Los Angeles Rams’ future, their hopes of playing in a home Super Bowl resting squarely on his shoulders. Andy Dalton might not even be the Chicago Bears’ present for a whole lot longer. Nearly six months after the Rams acquired Stafford from the Detroit Lions, he finally gets to work on realizing his career-long ambitions. Meanwhile, Dalton will debut with prized rookie Justin Fields metaphorically breathing down his neck.

NFL – Colts looking to end opening-game woes against Seahawks
Indianapolis Colts owner Jim Irsay gave his players a succinct message the first day of training camp. Win the opener. While it sounds simple, the Colts have lost seven straight Week 1 matchups — and they started preparing this week without knowing if new quarterback Carson Wentz would be cleared to play against Seattle. The Seahawks, meanwhile, have won 11 of their past 12 playing in the early Sunday timeslot.

NCAAFB – No. 8 Irish home streak on line vs. first-time foe Toledo
The Fighting Irish put their 24-game winning streak at Notre Dame Stadium on the line Saturday against first-time opponent Toledo of the Mid-American Conference. Coach Brian Kelly’s team, which blew a 38-20 second-half lead against the Seminoles, needs to shore up its running game and improve its tackling against coach Jason Candle’s Rockets, who returned two blocked field goals for touchdowns in a 49-10 season-opening victory over Norfolk State.

NCAA – AP source: Big 12 presidents set to vote on adding 4 schools
The Big 12 Conference is moving quickly to add new schools. Trustees at Central Florida and Cincinnati have called special meetings for Friday related to conference membership. Both of those schools have been identified as potential Big 12 members along with BYU and Houston. The Big 12 is losing Texas and Oklahoma to the Southeastern Conference no later than 2025. A person familiar with the Big 12’s expansion plans tells The Associated Press that conference presidents are scheduled to vote on applications for entry into the league at a meeting Friday.

NCAA – Judge extends block of Western Michigan vaccine mandate
A federal judge has extended his order blocking Western Michigan University from enforcing a COVID-19 vaccine requirement against 16 athletes. U.S. District Judge Paul Maloney issued a ruling from the bench Thursday granting the athletes the right to continue to compete and participate in intercollegiate athletics until he issues an opinion and order on converting a temporary restraining order into a preliminary injunction. Unlike at other Michigan universities, Western’s vaccine requirement does not extend to all students and employees, although the unvaccinated must undergo weekly coronavirus testing. The athletes say they were denied religious exemptions to play without getting a dose.

Tennis – US Open – Teen dream: Raducanu, 18, Fernandez, 19, into US Open final
British teenager Emma Raducanu has become the first qualifier to reach a Grand Slam final in the professional era by beating 17th-seeded Maria Sakkari 6-1, 6-4 at the U.S. Open. Raducanu will play another unseeded teen in Saturday’s final: Canada’s 19-year-old Leylah Fernandez. The 18-year-old Raducanu is ranked 150th and appearing in her second major tournament. She won all 18 sets she has played at Flushing Meadows during three matches in qualifying and six in the main draw. Raducanu is the youngest Grand Slam finalist since Maria Sharapova won Wimbledon at age 17 in 2004.