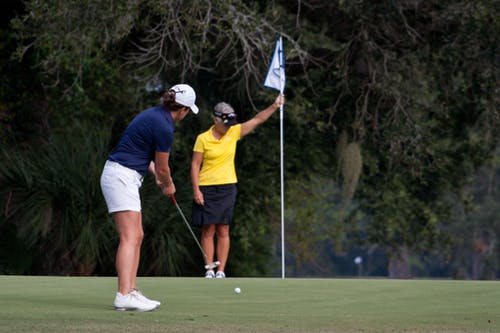 The Symetra Tour announced today that it will resume the 2020 season with the seventh annual FireKeepers Casino Hotel Championship at Battle Creek Country Club in Battle Creek July 24-26.

This event will mark the first tournament to be played by the LPGA Tour family following a three-month hiatus. It is also the first of nine tournaments on the remaining 2020 Symetra Tour schedule, making an even 10 tournaments for the 2020 campaign.

“We are extremely grateful to our partners and host venues for continued flexibility and support,” said Mike Nichols, Chief Business Officer of the Symetra Tour. “They have worked tirelessly to keep all hopes and dreams alive for the next generation of LPGA Tour stars. In addition to Symetra Tour sponsors, the ANNIKA Foundation recently showcased an unparalleled form of generosity with their Crisis Relief Fund providing $50,000 in grants to Symetra Tour players financially affected by the coronavirus.”

Purses are still being finalized, but players on the Symetra Tour will be competing for greater than $1.5 million during the season. Additionally, the Symetra Tour will once again award LPGA Tour Membership to the top players on the Volvik Race for the Card money list at the end of the year. However, five cards will be available instead of the 10 that have been distributed each year since 2008.

The Symetra Tour is the official qualifying tour of the LPGA Tour and enters its 40th competitive season in 2020. With the support of its entitlement partner Symetra, the Tour’s mission is to prepare the world’s best young women professional golfers for a successful career on the LPGA Tour. Since Symetra’s inaugural sponsorship year in 2012, the Symetra Tour has grown from 16 tournaments and $1.7 million in prize money to a record $4.0 million in prize money awarded in 2019. With more than 600 alumnae moving on to the LPGA, former Symetra Tour players have won a total of 445 LPGA titles.