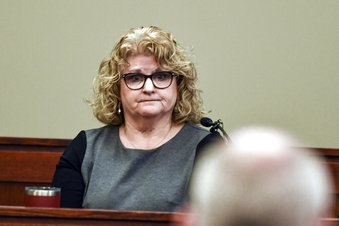 A former Michigan State University head gymnastics coach has been sentenced to 90 days in jail for lying to police during an investigation into ex-Olympic and university sports doctor Larry Nassar.

Sixty-five-year-old Kathie Klages was found guilty by a jury in February of a felony and a misdemeanor for denying she knew of Nassar’s abuse prior to 2016 when survivors started to come forward publicly. She also was sentenced Tuesday to 18 months probation.

Klages said in a tearful statement that she did not remember being told about abuse and apologized to victims if the conversations occurred. Klages is the second person other than Nassar to be convicted of charges related to his serial molestation of young women and girls under the guise of medical treatment.