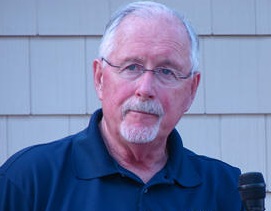 Benton Harbor High School has named its new head varsity football coach.  It is former St. Joe coach Elliot Uzelac.  The Benton Harbor Board of Education introduced Fred Smith as its new athletic director Tuesday night and Smith’s first action in his new position was to quickly announce the hiring of Uzelac.

Uzelac brings with him years of college and high school experience.  Before guiding the St. Joe football program, he held assistant coaching positions at colleges such as Michigan, Ohio State, Minnesota, and Maryland.  He also served as head coach at Western Michigan and Navy.

Uzelac takes over a Benton Harbor program that has gone 0-9 in each of the past two seasons and has a total of four wins in the past eight years.  “The first challenge and the most important thing we have to accomplish is change the culture of our student athletes,” he said.

While most football programs have been holding workouts since January, Uzelac admits he’s coming in very late in the game.  “Most athletic programs are working out, we won’t have that,” he said.  “I have to, as a head coach, make adjustments in what we can do.”

One hurdle Uzelac anticipates is the task of getting student athletes to go out for football this close to the start of the season.  He says there will be a players meeting Wednesday night at 5:00 at the Charles Gray Community Center.

Classroom work will be a major point of emphasis for Uzelac and his staff.  Study halls will be offered four nights a week with tutors provided.  He explains, “If they do the things the right way academically and athletically, then their future will be bright.”  He adds, “We will get kids into schools.  I assure you collegiate coaches will be coming back into Benton Harbor High School to look at our players.”

Because he and his staff are taking the program over  as late as they are, Uzelac asks for patience, “I don’t know what we’ll be like in the beginning, but I know as the year goes on, we’re going to get better and better, I know that.”