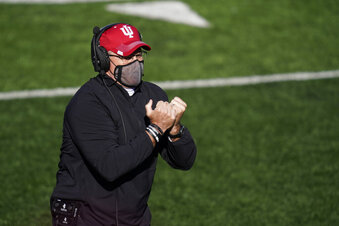 Indiana’s Tom Allen was chosen Big Ten Coach of the Year by both the coaches and media in separate votes.

The seventh-ranked Hoosiers are having one of their best seasons in decades at 6-1. They are second in the Big Ten East.