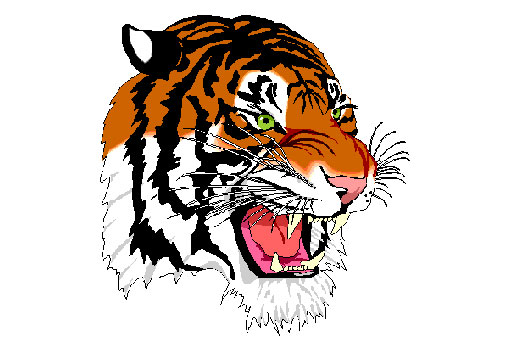 Smith, a Western Michigan University grad, says being hired to the post feels like coming back home as he started his educational career at Benton Harbor High School.  “I was a student teacher under Earl McKee and was in the same PE office as John Brown and Paul Wilhite,” Smith said.  “I can’t think of any better educators to learn from.”  He also served as a freshman football coach for the Tigers with Eddie Watson under then varsity coach Dan Lauer and also as assistant boys track coach.

Shortly after being named to the post, Smith recommended former St. Joe coach Elliot Uzelac as varsity football coach.  “We wanted to get (the players) the best coach possible as quickly as possible and we’re going to be successful,” he said.

Last week, the Benton Harbor Board of Education voted to leave the schools current athletic conference, the Southwestern Michigan Athletic Conference, at the end of the upcoming school year.  Smith said he would look at the Wolverine and BCS Conferences as possible new homes along with going independent.  “I’d like to meet with the coaches and the community and make an informed decision, not just a quick decision,” he said.

Aside from serving as Athletic Director, Smith will also oversee an effort to bring students back to Benton Harbor Area School and retain those they have.  He feels the district loses too many students to school of choice.  Smith mirrors the philosophy of now former Athletic Director Willie Wilson in partnering athletics with classroom work to increase the success of students.  “Some kids need athletics to learn discipline and responsibility.  If they learn it in athletics, they can transfer it over to the classroom,” he explained.

Smith wants parents in Benton Harbor to know exactly where he’s coming from.  “We’re going to change the culture and we’re going to care about their kids.  It’s not all about X’s and O’s,” he said.  “If we develop good people and we teach the right X’s and O’s, winning will take care of itself.”

Smith says a top priority of his will be to meet with all of his coaches to make sure the entire staff is heading in the same direction.  He then wants to meet with the student athletes to find out what they see as the pluses at Benton Harbor and where they need to improve.

Smith will officially step down at Buchanan High School on August 7.  Until then, he will act as Athletic Director at both schools.  “It is never easy to leave a school you love. Buchanan is a great community and I have valued my time here.”