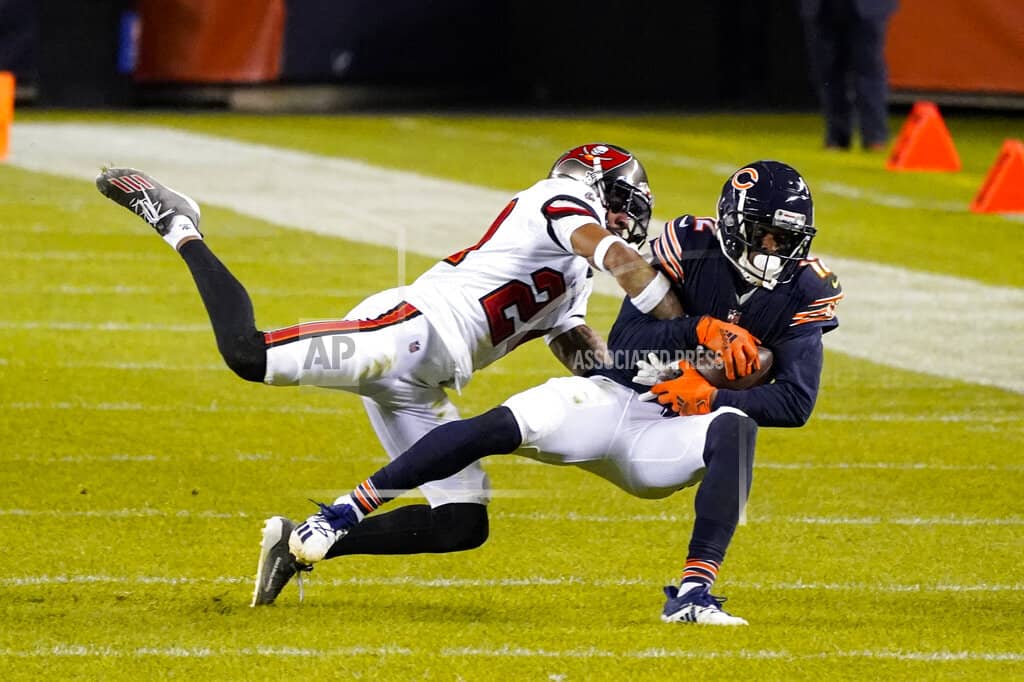 Chicago Bears star receiver Allen Robinson is in the NFL’s concussion protocol, throwing his status for this week’s game against the New Orleans Saints into question.

He was hurt late in their lopsided loss to the Los Angeles Rams on Monday night and left the game. Robinson’s face hit the field when he was tackled on a helmet-to-helmet play by safety Nick Scott on a fourth-down catch with about four minutes left, and an official sent him to the sideline.