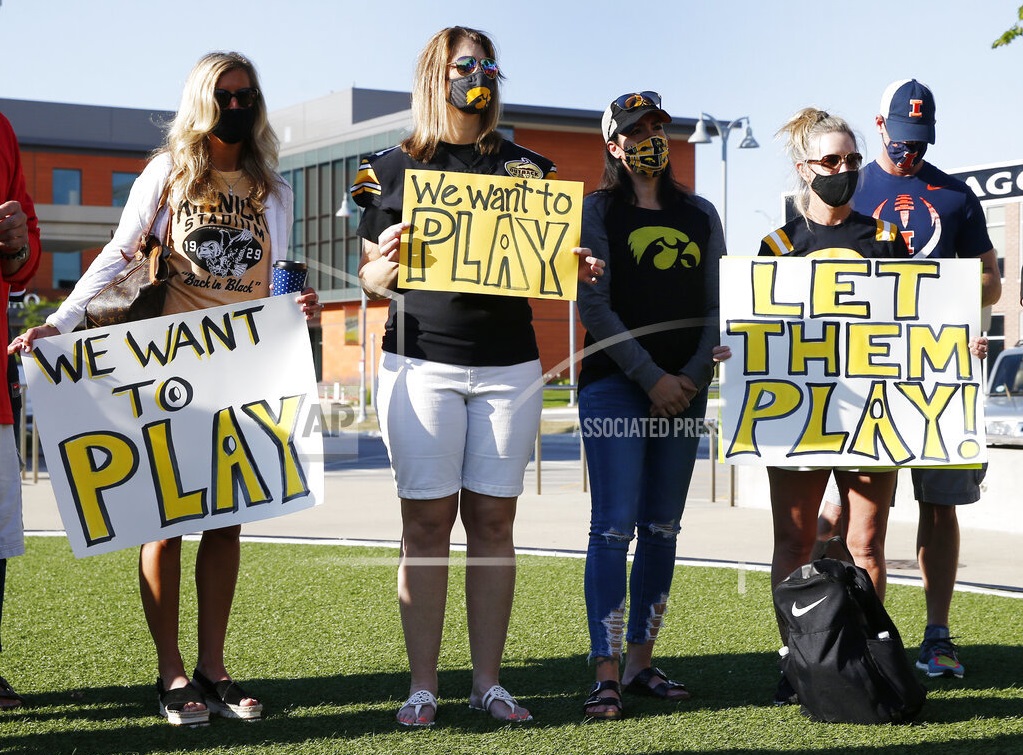 Parents of Big Ten football players held a protest near the conference’s Chicago-area headquarters. They are upset with the league’s decision to call off the fall season. Approximately 30 protesters and 35 media members attended the event.

Groups of player parents from several Big Ten schools have complained that Commissioner Kevin Warren was not forthcoming in explaining the process that led to the decision. Warren has said the decision will not be revisited.

An attorney in Nebraska is threatening a lawsuit unless Warren turns over material illustrating how the decision was made.