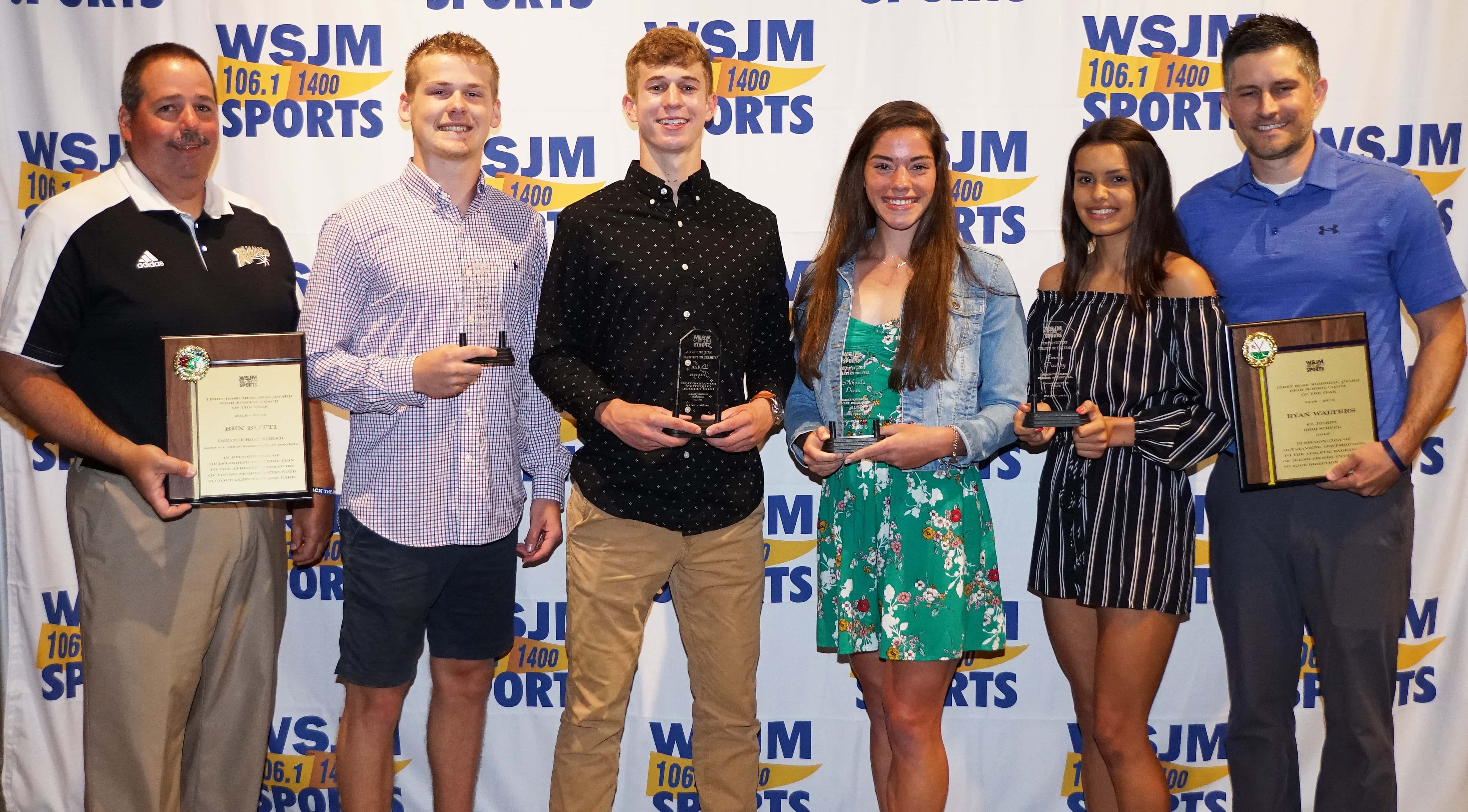 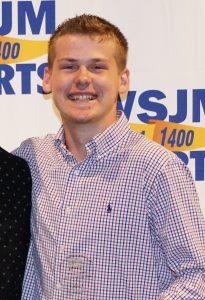 Zach Goodline of Coloma High School is the WSJM Sports Berrien County Male Student Athlete of the Year. Zach was a member of the Comet Basketball and Football teams.

On the basketball court, Zach scored 596 points this past season to go along with 143 assists, 116 rebounds, and 102 steals. He enters the MHSAA record books in several categories including career points scored (2204), three point shots made in a career (253), career free throw percentage (85%), and career steals (308). His senior season he earned 1st Team All-Conference, 1st Team All-State, and BCAM Best All-State honors.

In football, Zach threw for 1,022 yards and eight touchdowns. He also rushed for 1,002 yards and 11 touchdowns. On defense, he recorded 32 tackles and intercepted four passes.
Zach was also a member of the National Honor Society. In the classroom, he graduates with a 3.8 grade point average.

Zach is the son of Wendy and Chad Goodline. 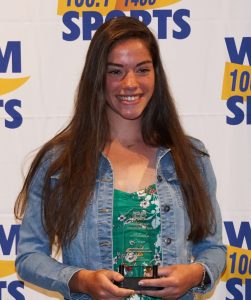 Mikaela Owen of Bridgman High School is the WSJM Sports Berrien County Female Student Athlete of the Year. Mikaela was a member of the Bees’ Cross Country, Soccer, and Track Teams.

In cross county, Mikaela earned 1st Team All-Conference and Academic All-State honors. She helped lead the Bees in qualifying for the State Finals.

On the soccer field, Mikaela was voted as the top player in the district, also earning her All-Region honors to go along with 1st Team All-Conference honors. She was also selected as the BCS Conference MVP.

Mikaela is also a member of the National Honor Society, Key Club, DECA, and Young Life. In the classroom, she is carrying a 4.14 grade point average.

Mikaela is the daughter of Brad and Molly Owen. 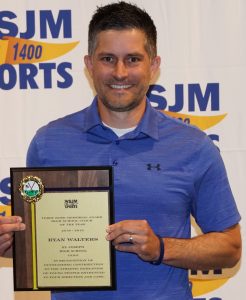 This past season, the Bears also captured the Lakeview and South Haven Invitationals. 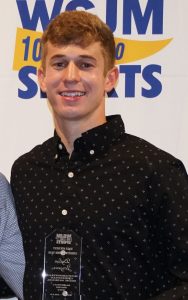 Dylan Jergens of Howardsville Christian High School is the WSJM Sports Van Buren/Cass Male Student Athlete of the Year. Dylan was a member of the Eagles’ Basketball, Soccer, and Golf teams.

On the basketball court, Dylan set an MHSAA record with 971 points in a single season. He also finished 2nd all-time in the state with an average of 40.5 points/game, 4th all-time for steals in a game and points in a single quarter. He’s also in the state record books for 98 three pointers made in a season and in three other categories. He finished his career as the 3rd all-time leading scorer in the state of Michigan. He earned All-State honors and was recognized as the Division 4 Player of the Year.

In soccer, he finished with 43 goals and 15 assists in his senior season. He earned 1st Team All-Conference, All-District, & All-Region, and Honorable Mention All-State while leading the eagles to a district championship.

On the golf course, Dylan had a 1st place and two 2nd place finishes in conference jamborees. He finished as the #2 golfer in the BCS Conference White Division.
Dylan also helps as a coach for the Howardsville Christian elementary basketball team.
He graduated with a 3.7 grade point average.

Dylan is the son of Tim and Tonya Jergens. 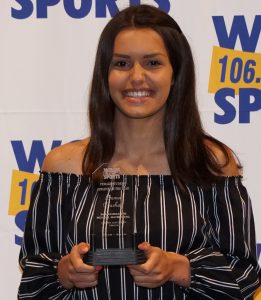 Emma Pachay of Marcellus High School is the WSJM Sports Female Student Athlete of the Year. Emma was a member of the Wildcats’ Cross Country and Track teams.

In Cross Country, Emma set a school record with a time of 19:59.8. She qualified for the State Meet for the 4th year in a row.

Emma is also a member of the National Honor Society & Marching Band, and plays club soccer.
In the classroom, she graduated with a 3.89 grade point average.

Emma is the daughter of Andy and Amy Pachay. 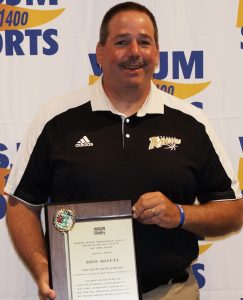 Coach Botti also coaches Decatur’s JV football team that finished last season at 7-1. He is also the varsity girls’ basketball coach. The team finished 13-9 and made it to the district finals with 5 freshman, 1 sophomore, and two juniors.