Angels 6, Tigers 1 – Thaiss homers, drives in 3 to lead Angels over Tigers 6-1
Matt Thaiss homered and drove in three runs, Shohei Ohtani had three hits, Griffin Canning threw four-hit ball over six innings and the Los Angeles Angels beat the Detroit Tigers 6-1 Tuesday night.  It is Thaiss’ third game with three RBIs since the All-Star break. The third baseman got the scoring started in the second when he took Drew VerHagen’s fastball over the wall in right-center for his fifth homer of the season.  Ohtani was 3 of 20 at the plate in his previous five games but bounced back for his sixth game this season with three or more hits. He had an RBI single during the fifth inning that extended the Angels lead to 3-0.  Canning (4-6) struck out seven as he went at least six innings for the seventh time in 15 starts. The Tigers had runners on second and third with two outs in the fifth inning, but the right-hander got Niko Goodrum to line out to center to end the frame.  Catcher Jake Rogers, who was making his big league debut, drove in Detroit’s lone run in the seventh with a single. Drew VerHagen (1-2) went 4 2/3 innings and surrendered four runs (three earned) on 10 hits.

Mets 5, White Sox 2 – 11 Inn. – Syndergaard puts aside talk, shines as Mets win 5th straight
Noah Syndergaard put aside trade talk to turn an eighth-inning lead over to his relievers, and the New York Mets rebounded from another bullpen meltdown when Jeff McNeil and Michael Conforto hit consecutive home runs in the 11th for a 5-2 win over the Chicago White Sox on Tuesday night.  The Mets extended a winning streak to five games for the first time since April 2018. Given a 2-0 lead, he allowed an unearned run in the sixth when third baseman Todd Frazier bobbled Jose Abreu’s two-out grounder, allowing Yolmer Sanchez to score. The 26-year-old right-hander, who is not eligible for free agency until after the 2021 season, struck out a season-high 11 in 7 1/3 innings.  Seth Lugo relieved with the bases loaded and got Abreu to ground in to an inning-ending double play.  Chicago starter Reynaldo Lopez allowed two runs and six hits in 5 1/3 innings. The White Sox have lost six of seven. They were 41-42 before play on July 4 but are 5-16 since.

Cardinals 2, Cubs 1 – Goldschmidt hits 7th homer in 8 games, Cards beat Cubs 2-1
Paul Goldschmidt homered for the seventh time in eight games, a go-ahead drive off Yu Darvish in the sixth inning that lifted the St. Louis Cardinals over the Chicago Cubs 2-1 Tuesday night and back into sole possession of the NL Central lead. St. Louis (57-49) dropped out of first place on May 7 but has held at least a share of the lead since Thursday and moved one game ahead of the Cubs (56-50). Giovanny Gallegos (3-1) retired Kyle Schwarber on a bases-loaded flyout that ended the sixth after he relieved Adam Wainwright, who allowed one run and five hits in 5 2/3 innings.  Chicago has lost 21 of its last 29 road games and is 0-8-1 in nine road series since May 27. Javier Baez hit an RBI single in the fourth that scored Jason Heyward, who singled and advanced to second on Kris Bryant’s fly to deep center. Heyward had his seventh three-hit game this season.

MLB – AP source: Indians deal Bauer to Reds, get Puig in deal
Trevor Bauer’s final act for the Indians was throwing a ball over the center-field wall. Yasiel Puig ended his season with Cincinnati in another brawl. Cleveland agreed to trade Bauer, the talented but taxing right-hander, to the Reds on Tuesday night for Puig in a three-team deal that also involves the San Diego Padres, a person familiar with the negotiations told The Associated Press. The Indians, who are trying to catch the Minnesota Twins in the AL Central, also would get left-hander Scott Moss from Cincinnati and slugging outfielder Franmil Reyes, lefty Logan Allen and infielder Victor Nova from the Padres, said the person who spoke on condition of anonymity because the trade had not been announced. San Diego would receive minor league outfielder Taylor Trammell from the Reds, the person said.

Golf – Yoshihara leads Western Am
Hidetoshi Yoshihara, of Niigata, Japan, shot a bogey-free, 6-under 64 on Tuesday to lead the 117th Western Amateur after one round at Point O’ Woods Golf & Country Club. Three players are tied for second at 5 under. Playing in the windier afternoon wave, James Nicholas, of Scarsdale, New York, made five birdies and no bogeys for his 65. He concluded his round by holing out a 9-foot putt for par on No. 9.  Everton Hawkins, of Irvine, California, and Matthew McCarty, of Scottsdale, Arizona, share second with Nicholas. The No. 1-ranked amateur player, Chun An Yu, of Taoyuan, Taiwan, is one of five tied for fifth at 4 under.  Defending champion Cole Hammer shot 2-over 72.

NFL – Judge dismisses last federal suit over title game
A judge has dismissed the last of three federal lawsuits targeting Roger Goodell and other NFL officials over officiating at January’s NFC title game between the Los Angeles Rams and the New Orleans Saints. That leaves one state court lawsuit pending over game officials’ failure to call a blatant penalty at a crucial point, helping the Rams advance to the Super Bowl.  U.S. District Judge Susie Morgan’s ruling Tuesday rejected arguments that people who bought tickets to the game are entitled to damage payments. Ticket purchasers who filed the suit say the NFL broke a legal promise that the game would be played fairly.

NFL – Bears activate S Clinton-Dix from PUP list
The Chicago Bears have removed safety Ha Ha Clinton-Dix from the physically unable to perform list and he is expected to begin practicing Tuesday.  Clinton-Dix suffered a knee sprain in minicamp in June and has not been on the field yet at training camp. The Bears signed Clinton-Dix as an unrestricted free agent on a one-year, $3.25 million deal after he finished last season with the Washington Redskins. A 2014 first-round draft pick, Clinton-Dix had been traded at midseason to Washington by the Green Bay Packers. Clinton-Dix is expected to be paired with All-Pro safety Eddie Jackson at the Bears’ safety spots. The two were college teammates at Alabama.

NFL – Luck to miss next 2 practices, Colts preseason opener
Andrew Luck did not participate in the Indianapolis Colts’ practice Tuesday and will miss at least two more workouts because of a strained left calf.  He also has been ruled out of the Colts’ preseason opener, Aug. 8 at Buffalo.  Luck was already on a limited workout schedule at training camp. But the 29-year-old quarterback says instead of progressing, he feels like he’s taking a step backward. The injury prevented Luck from participating in the team’s offseason workouts. When the Colts reported to training camp last week, Luck was limited to individual work and 7-on-7 drills.

Sun 100, Sky 94 – Jonquel Jones powers Sun past Sky 100-94
Jonquel Jones had 27 points and 11 rebounds for her 10th double-double this season, and the Connecticut Sun held off the Chicago Sky 100-94 on Tuesday night for their fifth straight win.  Allie Quigley led Chicago (11-9) with 24 points and four 3-pointers. Vandersloot had 22 points and 11 assists. 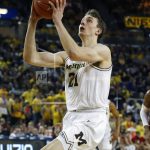 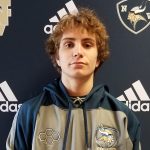