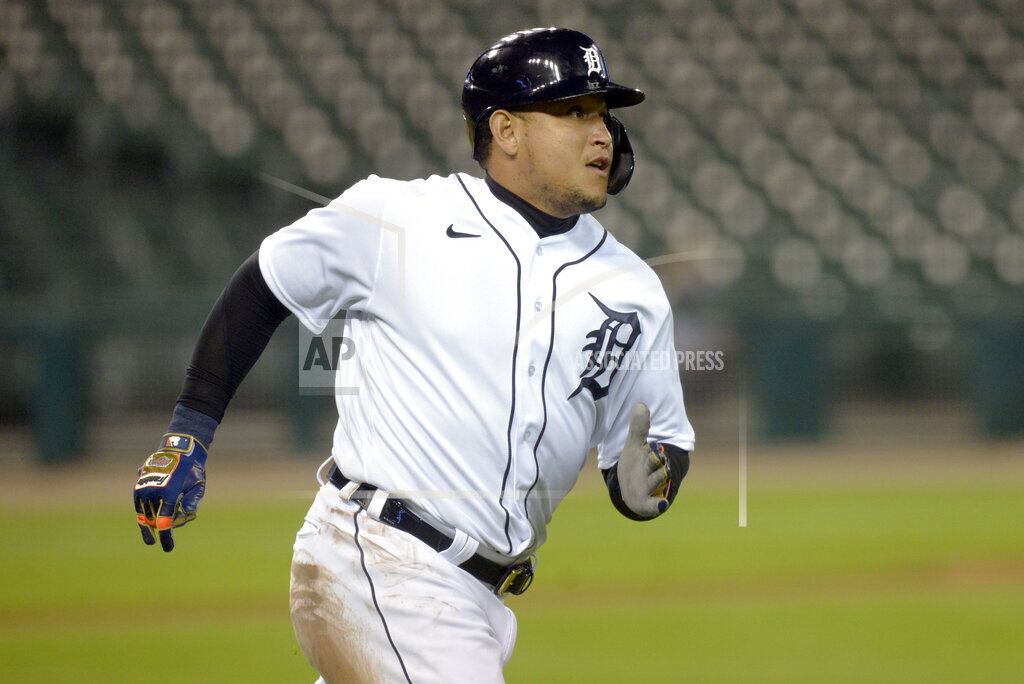 White Sox 6, Twins 2 – Dunning pitches White Sox past Twins for 6th straight win
Dane Dunning pitched seven effective innings, Luis Robert had a key two-run single and the Chicago White Sox strengthened their hold on the AL Central with a 6-2 victory over the Minnesota Twins. Dunning permitted one earned run and three hits in by far the biggest of his five major league starts. Tim Anderson and James McCann homered as Chicago posted its sixth straight win and moved three games ahead of second-place Minnesota, which won the AL Central last year. The AL-best White Sox also moved 16 games over .500 for the first time since they were 71-55 on Aug. 26, 2012.

Cubs 6, Indians 5 – Cubs walk off over Indians on consecutive HBPs
Willson Contreras and Cameron Maybin were plunked by consecutive pitches from Cleveland reliever Nick Wittgren in the ninth inning, forcing home the winning run as the Chicago Cubs beat the Indians 6-5. After Cleveland tied the game at 5 with two runs in the top of the ninth, left-hander Oliver Pérez allowed a one-out walk to Kris Bryant in the bottom of the inning. Anthony Rizzo followed with a single that advanced Bryant to third. Wittgren drilled Contreras with a 1-1 fastball, then hit Maybin with a bases-loaded changeup.

MLB – Wrigleyville struggles to stay open during pandemic
Ballpark-area businesses in Chicago are struggling, hurt by the lack of crowds at Wrigley Field and Guaranteed Rate Field due to the coronavirus pandemic, and occupancy rules that limit how many people they can have inside their doors at one time. Looking for a bridge to a vaccine, some ballpark businesses are leaning on revenue streams or avenues that were previously lower on their priority list. They also are tapping into government help when possible. Zach Strauss, who helps run Sluggers in Wrigleyville, says they “are suffering pretty bad.”

Islanders 2, Lightning 1 – OT – Isles stay alive in double OT
Jordan Eberle scored on a 2-on-1 break 12 ½ minutes into double-overtime to give the New York Islanders a 2-1 win over the Tampa Bay Lightning. Anders Lee lugged the puck deep into the Tampa Bay zone before sliding a pass to Eberle in the slot, allowing the Isles to force a Game 6 in the NHL’s Eastern Conference final. Semyon Varlamov was superb at times while stopping 36 shots, with some of his best stops coming in OT.

Nuggets 104, Clippers 89 – Nuggets advance
The Denver Nuggets have advanced to the NBA’s Western Conference finals by storming back from a three-games-to-one deficit for the second straight series. The Nuggets trailed by two before allowing just 33 points in the second half of a 104-89 victory over the Los Angeles Clippers. Jamal Murray poured in 40 points and Nikola Jokic had a triple-double of 22 rebounds, 16 points and 13 assists for Denver.

Heat 117, Celtics 114 – OT – Heat take opener
Jimmy Butler converted a three-point play with 12 seconds left in overtime to put Miami ahead for good in a 117-114 triumph over Boston in Game 1 of the NBA’s Eastern Conference finals. Bam Adebayo blocked Jayson Tatum’s dunk attempt in the final seconds to seal the win. Goran Dragic had 29 points, Jae Crowder scored 22 and Butler finished with 20 for Miami.

Tonight – Round 3 – Conference Finals (Best of 7)
No games tonight

NCAA Football – B1G football on hold until questions answered
The University of Wisconsin chancellor says Big Ten football will remain on hold until there are answers to questions about COVID-19 testing and tracing, along with possible long-term heart issues related to the coronavirus. Big Ten leaders are reconsidering a fall season after a weekend of meetings about a plan to begin play as soon as mid-October. Wisconsin chancellor Rebecca Blank would not predict which way a vote to return to play would go. She says once Big Ten university leaders have their questions and concerns addressed, “we will try to plan a delayed season.”

NFL – Lions put cornerback Justin Coleman on injured reserve
The Detroit Lions’ banged-up secondary will be without cornerback Justin Coleman against the Green Bay Packers. Detroit put Coleman on injured reserve on Tuesday, two days after injuring his hamstring during a loss to Chicago. The Lions also signed defensive end Kareem Martin to the practice squad and released defensive end Jonathan Wynn from the practice squad. The Lions hope rookie cornerback Jeff Okudah will make his NFL debut at Green Bay on Sunday after he missed the opener with a hamstring injury. Veteran cornerback Desmond Trufant also left the game against the Bears because of a hamstring injury.