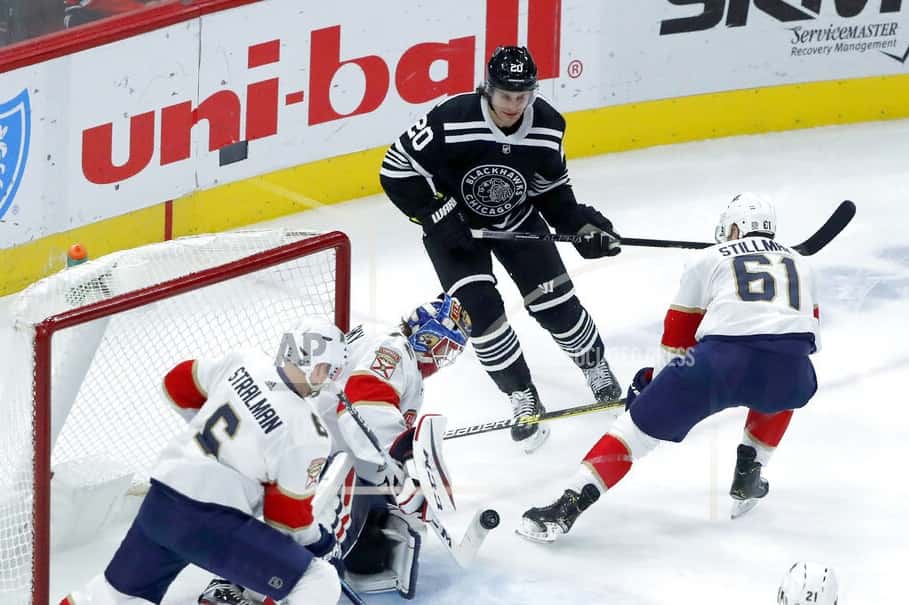 MEN’S COLLEGE BASKETBALL
Buffalo 90, Western Michigan 79
Jayvon Graves scored 23 points and Antwain Johnson scored 21 and Buffalo pulled away in the second half to beat Western Michigan 90-79. Jared Printy’s 3-pointer pulled Western Michigan into a 64-all tie with 9:03 remaining. Buffalo then used a 13-3 spurt over the next four-plus minutes to create safe distance down the stretch. The score was knotted at 43 at intermission. Buffalo now has won a season-high four straight. Brandon Johnson and Titus Wright each scored 18 points and combine to shoot 12 of 16 for Western Michigan.

Bowling Green 62, Eastern Michigan 59
Justin Turner grabbed seven rebounds and scored 25 points, including a late go-ahead layup, and Bowling Green beat Eastern Michigan 62-59 for its fifth straight win. It’s the first time the Falcons (14-5, 5-1) have won at least five of their first six Mid-American Conference games in back-to-back seasons and it’s their seventh 14-5 start since reaching the NCAA Tournament in 1968. Daeqwon Plowden scored 17 points with nine rebounds and the Falcons shot 8 of 28 from beyond the arc (29%). Tayler Mattos added three blocks. Boubacar Toure had 17 points and 13 rebounds and three blocks for the Eagles (10-9, 0-6), who have lost six straight conference matchups. Noah Morgan added 16 points.

NHL
Florida 4, Chicago 3
The Florida Panthers got Joel Quenneville a win in his return to Chicago, using a hat trick by Frank Vatrano to beat the Blackhawks 4-3 for their sixth consecutive victory. The 61-year-old Quenneville coached Chicago to three Stanley Cup championships and nine playoff appearances in 10-plus years before he was fired when the team got off to a lackluster start last season. He was hired by Florida in April, and the former NHL defenseman was showered with love in his first game back at the United Center. Patrick Kane scored his 25th goal of the season in the loss for the Blackhawks.

BASEBALL
The Cubs have acquired reliever Travis Lakins from the Boston Red Sox for a player to be named or cash. The 25-year-old right-hander debuted with Boston last season and posted a 3.86 ERA in 16 games. He was 3-4 with six saves and a 4.60 ERA in 40 appearances for Triple-A Pawtucket.

Derek Jeter and Larry Walker will be giving speeches in Cooperstown, New York, this summer.
Jeter was a near-unanimous selection for induction into the Baseball Hall of Fame. The former Kalamazoo Central High School stand-out and New York Yankees shortstop and longtime captain appeared on all-but one of the 397 ballots cast by the Baseball Writers’ Association of America. Ex-teammate Mariano Rivera is the Hall’s only unanimous first-ballot selection.
Walker will join Jeter on the induction stage after being elected in his 10th year on the ballot. Walker was named on 76.57% of the ballots, just above the required 75%.
Jeter won five World Series while batting .310 with 260 home runs and 1,311 RBIs in a 20-year career spent entirely with the Yankees. Walker spent 17 seasons in the majors, hitting .313 with 383 home runs and 1,311 RBIs for the Expos, Rockies and Cardinals.
Pitcher Curt Schilling was third with 278 votes to fall short of the 75% mark in his eighth ballot appearance.