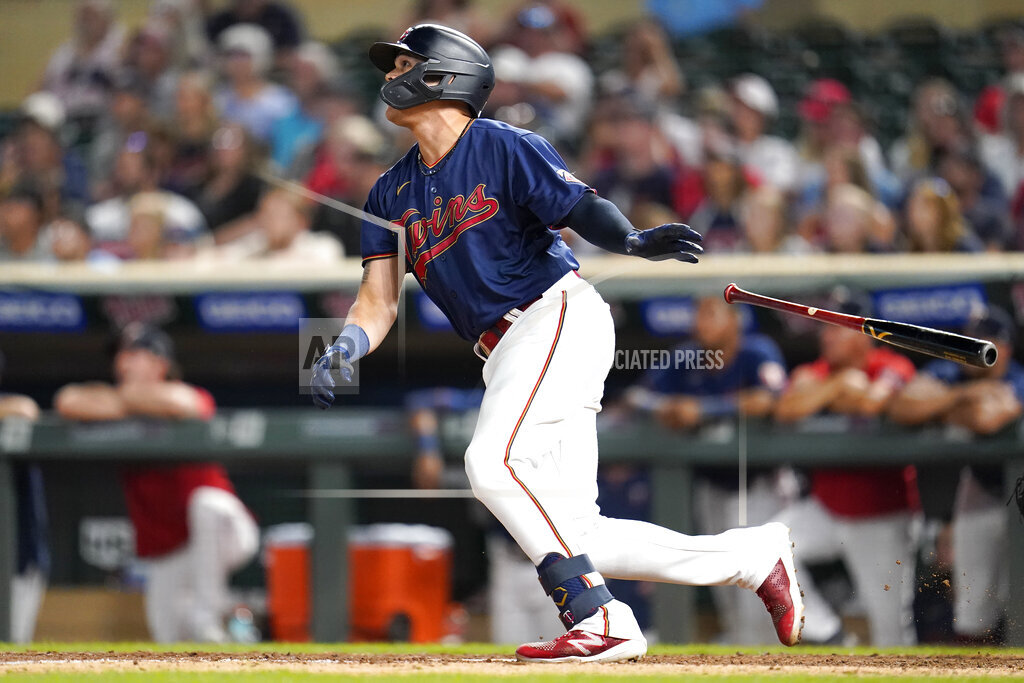 Twins 5, Tigers 3 – F/10 – Urshela’s 2-run homer in 10th gives Twins 5-3 win vs Tigers
Gio Urshela hit a game-ending, two-run homer in the 10th inning and Jose Miranda had three RBIs as the Minnesota Twins came back to beat the Detroit Tigers 5-3. Jose Miranda had three RBIs for the Twins, who maintained their one-game lead in the AL Central over Cleveland. Miranda hit a tying, two-run single in the eighth. He added an RBI single in the 10th before Urshela’s big hit. Tigers starter Tarik Skubal was pulled following five scoreless innings with left arm fatigue.

Royals 2, White Sox 1 – Perez, Merrifield homer, Royals edge White Sox 2-1
Salvador Perez and Whit Merrifield hit solo home runs, Daniel Lynch took a shutout into the sixth inning in his return from the injured list and the Kansas City Royals edged the Chicago White Sox 2-1 for their second straight win. Perez launched a monster blast for the second straight game and his third homer in four contests after missing 31 games with a left thumb injury and surgery. Merrifield’s drive into the left-field bullpen off Michael Kopech in the sixth might have been his last with Kansas City. A two-time All Star in seven seasons with the Royals, the second baseman has been the subject of trade rumors heading into Tuesday’s deadline. Tim Anderson and Andrew Vaughn each had two hits off Lynch, but the White Sox slipped back to .500 (51-51).

MLB – Braves get OF Robbie Grossman from Tigers for minor leaguer
The defending World Series champion Atlanta Braves have acquired veteran corner outfielder Robbie Grossman in a trade with the Detroit Tigers for minor league pitcher Kris Anglin. The 32-year-old Grossman is making $5 million this year and can become a free agent after the season. He has struggled for the out-of-contention Tigers with a .205 batting average, 13 doubles, two home runs and 23 RBIs in 83 games. The switch-hitter has started 43 games in left field and 31 games in right. Grossman set career highs in 2021 in his Tigers debut with 23 home runs and 156 games.

MLB – White Sox acquire lefty reliever Diekman from Red Sox
The Chicago White Sox have acquired left-handed reliever Jake Diekman from the Boston Red Sox for catcher Reese McGuire and a player to be named or cash. Later Monday, the Red Sox acquired left fielder Tommy Pham in a trade with Cincinnati in exchange for a player to be named later or cash. The 35-year-old Diekman is 5-1 with a 4.23 ERA in 44 appearances this season. The 6-foot-4 Diekman is particularly tough on left-handed batters, holding them to a .188 average this season.

WNBA – Brittney Griner’s trial resumes amid intensified diplomacy
Since Brittney Griner last appeared in her trial for cannabis possession, the question of her fate has expanded from a cramped courtroom on Moscow’s outskirts to the highest level of Russia-U.S. diplomacy. The WNBA star and two-time Olympic gold medalist is to return to court on Tuesday. That is a month after the beginning of the trial in which she could face 10 years in prison if convicted. As the trial has progressed, the Biden administration has faced rising calls for action to win her release. In an extraordinary move, Secretary of State Antony Blinken last week spoke to his Russian counterpart Sergey Lavrov, urging him to accept a deal under which Griner and Paul Whelan, an American imprisoned in Russia on an espionage conviction, would go free.

NFL – Browns QB Watson suspended 6 games, NFL weighs appeal
Cleveland Browns quarterback Deshaun Watson was suspended for six games after being accused by two dozen women in Texas of sexual misconduct during massage treatments, in what a disciplinary officer said was behavior “more egregious than any before reviewed by the NFL.” The punishment handed out by the game’s disciplinary officer, former federal judge Sue L. Robinson, fell well short of what the NFL had asked for: an open-ended suspension of at least a year for violating the league’s personal conduct policy. Watson, who played for four seasons with Houston before being traded to Cleveland in March, recently settled 23 of 24 lawsuits filed by women alleging sexual harassment and assault during the treatments in 2020 and 2021.

NFL – Watson discipline didn’t require legal charges
Deshaun Watson and the Cleveland Browns found out the severity of the quarterback’s punishment when he was suspended for six games for violating the NFL’s personal conduct policy. Disciplinary officer Sue L. Robinson made the decision after the NFL pushed for an indefinite suspension of at least one year and Watson’s legal team argued for no suspension during a three-day hearing. A player doesn’t have to be convicted or even charged with a crime to be disciplined for conduct detrimental to the league, per the collective bargaining agreement between the NFL and the NFL Players’ Association. Ezekiel Elliott, Ben Roethlisberger, Jameis Winston and Kareem Hunt are among players who have received suspensions despite not being charged criminally.

NFL – Fans debate Watson’s 6-game suspension for assault claims
Football fans are debating the six-game suspension for Cleveland Browns quarterback Deshaun Watson. The reaction was mixed even among Browns fans who hope Watson can be a franchise quarterback. Touchdown Browns Backers Club President Rhonda Whitelock says some club members have told her they won’t watch the Browns anymore. She says other members don’t believe the women who have accused Watson of sexual misconduct during massage treatments.

NFL – Lions giving Harris chance to earn starting cornerback spot
Under a previous head coach and front office, Detroit drafted Will Harris in 2019 to play safety. Now, the Lions are giving him a chance to be a much-needed cornerback in coach Dan Campbell’s second season. Harris’ move to cornerback started in the middle of last season, when injuries at the position forced Lions coaches to adjust on the fly. In an effort to narrow his focus, the Lions are making Harris a full-time outside cornerback this year, and they’re giving him a shot at the starting job opposite Amani Orurwariye.

NFL – Seahawks coach Pete Carroll, Arizona QB Kyler Murray test positive for COVID-19
Seattle Seahawks coach Pete Carroll has tested positive for COVID-19, the team announced. The Seahawks issued a statement about an hour before their fifth training camp practice started. The team said Carroll — who is fully vaccinated — tested positive on Sunday and is experiencing mild symptoms and is remaining at home. Carroll intends on participating in team meetings virtually until he is cleared to rejoin the team. Carroll is the oldest coach in the league and will turn 71 in mid-September.  Arizona Cardinals quarterback Kyler Murray has tested positive for COVID-19. The two-time Pro Bowl selection tested positive on Sunday. Coach Kliff Kingsbury said on Monday that Murray was experiencing “minor” symptoms. The coach added that Murray will miss a minimum of five days. Murray also sat out Saturday’s practice with a sore right wrist. Kingsbury said that injury was “getting better.”

Golf – LIV – Norman says Tiger Woods turned down $700-800M Saudi offer
Tiger Woods turned down a Saudi offer Greg Norman says was in the neighborhood of $700 million to $800 million. Norman confirmed a figure he previously told the Washington Post. Norman was speaking to Fox News’ Tucker Carlson for an interview aired Monday night. The interview took place Sunday at Trump National in Bedminster, New Jersey. That’s where the third LIV Golf Invitational was held. Norman says he wasn’t the CEO of LIV Golf when Woods got the offer. Woods has spoken out against the Saudi-funded league. He says players who sign are turning their backs on the PGA Tour. 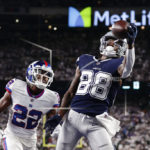 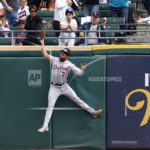 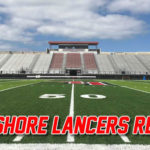