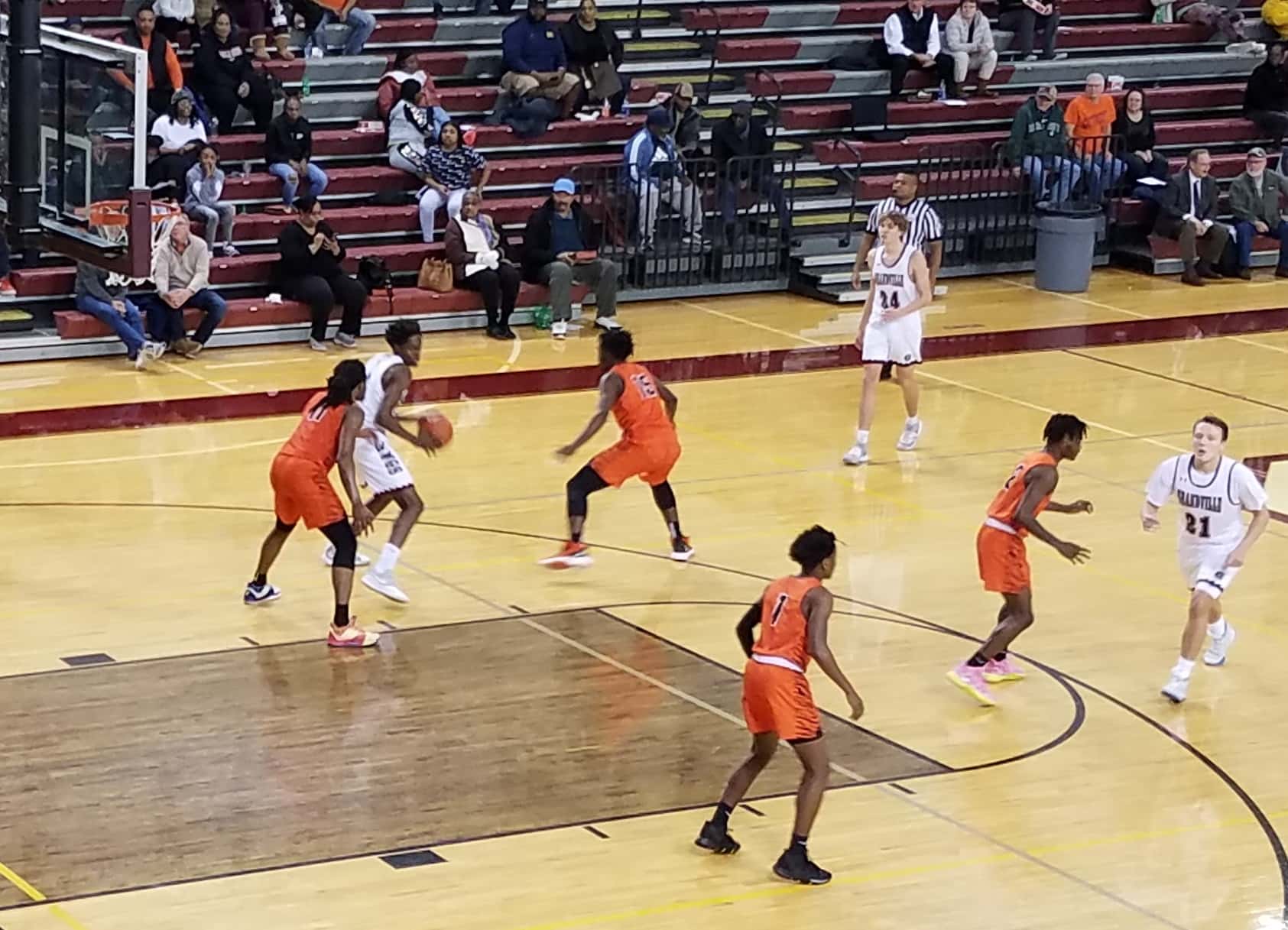 Benton Harbor 88, Grandville 45
After falling behind by seven in the first quarter, Benton Harbor dominated the rest of the way to pick up the win. The Tigers took a seven point lead into the half and steadily pulled away from there with the defense limiting Grandville to just seven points in the third quarter. Carlos Johnson led four Benton Harbor players in double figures with 22 points. The Tigers also got 16 points from Quindarius Davis and ten apiece from Kentrell Pullian and Greg Cooper.

Lakeshore 54, Loy Norrix 52
Lancers improve to 6-0 with the Southwest Michigan Athletic Conference non-division win. Grant Rudell scored off of a steal with :10 left to lift Lakeshore to the victory. Ben Brower finished with 15 points and ten rebounds for the Lancers, Gavin Foster added 13 points and 15 rebounds.

Lawrence 53, Lake Michigan Catholic 30
The Tigers dominated the second half in picking up the BCS Conference win. Leading by one at the half, Lawrence outscored the Lakers by 12 in the third quarter and by ten in the fourth. The Tigers got 14 points from Brandon Lopez and ten from Kaleb Smith. Catholic got nine points from Jake Koenig.

River Valley 54, Countryside Academy 30
The Mustangs pulled away in the second half to score the BCS Conference win. Leading by one at the break, River valley came out of the locker room and outscored the Cougars 31-8 over the final two quarters. Wil Korbel led the Mustangs with 18 points and nine rebounds with Lennon Lange adding 11 points. Jamere Matlock paced Countryside with 12 points.

New Buffalo 48, Howardsville Christian 47
Anthony Lijewski and Ryan Vinson each scored 12 points in leading the Bison to the BCS Conference win. The game was close all night with the Bison outscoring the Eagles by four in the fourth quarter to pull it out. Jason Jergens.

Schoolcraft 47, Niles 41
Niles came out strong in the first quarter but faltered in the second and third in dropping the non-conference match-up. After jumping out to an early 15-7 lead, the Vikings scored just nine points in the second quarter and four in the third. Alycia Patterson finished with a game high 19 points and three assists for Niles.

Mendon 37, Bangor 23
The Hornets jumped out to a 15-4 lead in the first quarter and Bangor wasn’t able to recover as they picked up the Southwest 10 Conference win. Maritza Barajas finished with ten 10 points and six rebounds in the loss for the Vikings, Alyssa Birner added six points and seven rebounds.

Centreville 47, Decatur 33
Centreville ran out to a 16-4 lead after the first quarter and held on down the stretch in picking up the Southwest 10 win. Joanna Larsen led the way with a game high 19 points. Regan Rose scored 13 points in the loss for the Raiders.