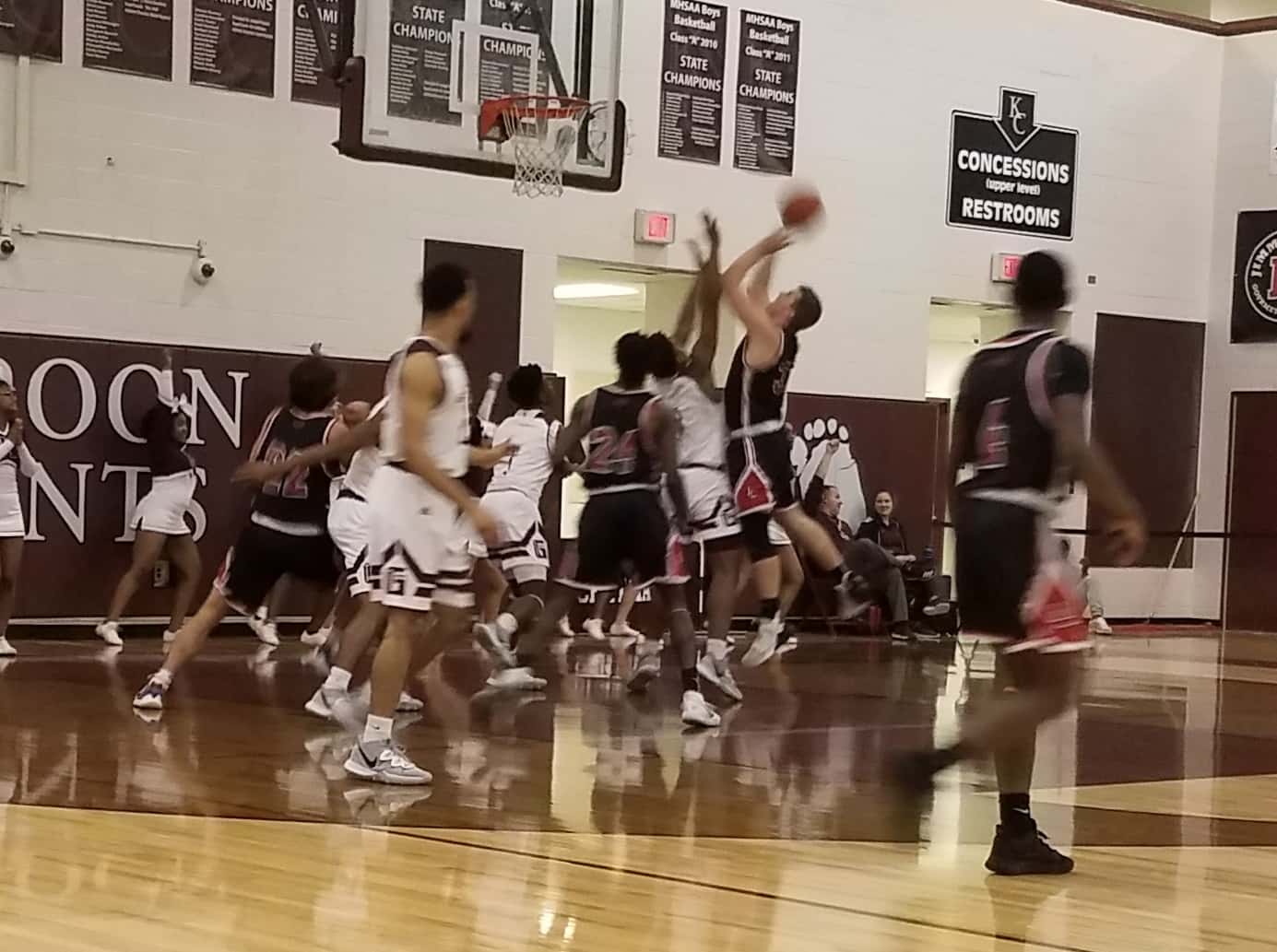 St. Joe 59, Berrien Springs 36
The Shamrocks jumped out to a 14-12 lead after the first quarter but the Bears outscored them 17-3 in the second and never looked back. Griffin Shinrock and Jeremiah Sterling each scored 13 points to lead St. Joe. Byron Tate scored 12 points in the loss for Berrien Springs.

New Buffalo 74, Michigan Lutheran 42
The Bison set the tone early as they took a 24-5 lead after the first quarter. The two teams played even in the second quarter, but New Buffalo slowly added to the lead after the break and the Titans couldn’t keep pace. Kaden Parmley led New Buffalo with 22 points. Max Plocher scored nine in the loss for Lutheran.

Lakeview 56, Niles 53
In a hard fought game that went down to the wire, Lakeview edges out Niles 56-53. Mike Gilcrese scored 22 points in the loss for the Vikings with Mari Nichols adding 14.

Brandywine 49, Gobles 46
Trailing most of the night, Brandywine rallied to take the lead in the fourth quarter. Gobles had the ball in the closing seconds for a chance to tie the game, but came up short. Brady Burnell scored 17 points in the loss for the Tigers.

Cassopolis 67, Marcellus 65
Marcellus took a five point lead after one quarter but Cassopolis pulled to within three at the half, to within two after three, and eventually pulled it out in the end. Gavin Etter poured in 32 points in the loss for Marcellus.

Niles 52, Lakeview 45
Niles fell behind early but rallied to take a three point lead into the half. They then outscored the Spartans by six in the fourth quarter to secure the win. Alycia Patterson led Niles with 21 points, three assists, and three steals. Kamryn Patterson added ten points and three assists.