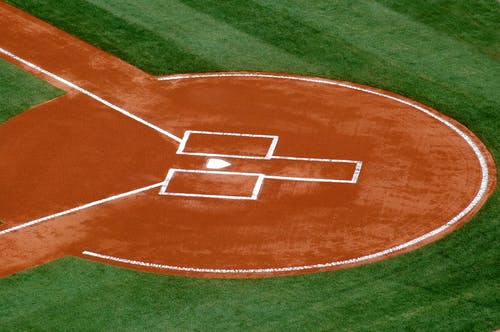 The White Sox scored five runs in the 1st inning on their way to a 5-3 exhibition win over the Cubs last night on the south side. An Eloy Jimenez grand slam highlighted the inning. Dallas Keuchel pitched five scoreless innings in picking up the win. Yu Darvish went four innings in taking the loss. The Sox and Cubs are both off tonight before exhibition games again tomorrow. The Tigers are at Cincinnati to face the Reds in exhibition play tonight at 6:40.

Casey Mize is not starting the season with the Detroit Tigers, who reassigned him and several other top prospects to their alternate training location. A right-hander who was the top pick in the 2018 draft, Mize has been in camp with the Tigers and certainly could still contribute this year. General Manager Al Avila said service time isn’t part of his thought process. Detroit also reassigned right-hander Matt Manning, outfielder Riley Greene and infielder Spencer Torkelson to the alternate training location. Torkelson was the top pick in this year’s draft.

San Francisco Giants manager Gabe Kapler knelt during the national anthem along with several of his players before first pitch of an exhibition game against the Athletics in Oakland. Right fielder Jaylin Davis and first base coach Antoan Richardson also took a knee, with shortstop Brandon Crawford standing between them with a hand on each of their shoulders. Davis held his right hand over his heart and Richardson clasped his hands in front of him.

NFL players will be tested daily for the coronavirus for at least the first two weeks of training camp per the league’s new testing protocols. The new policy was approved by the NFL and the players’ union. Dr. Allen Sills, the NFL chief medical officer, said more than one negative test is required before players initially enter the building to begin physical exams or any form of team activity. After two weeks of daily testing, if the rate of those positive tests falls below 5% among players and Tier I and Tier II individuals, as described in previously NFL protocols, testing would go to every other day. If the rate of positive tests doesn’t fall below that threshold, daily testing would continue until it drops. The new protocols were announced as rookies for Houston and Kansas City were set to report to camp Monday. Rookies for other teams begin arriving Tuesday.

The Toronto Blue Jays are talking to the Pittsburgh Pirates about sharing a major league ballpark this season after Canada’s government barred them from playing in their home stadium amid the coronavirus pandemic. Pirates President Travis Williams confirmed the talks and sounded ready to welcome the Blue Jays. Williams calls it a challenge but says if the Pirates are able to safely accommodate the Blue Jays, it will bring international attention to Pittsburgh. Blue Jays general manager Ross Atkins says the team is focused on getting into a major league facility and has more than five backup plans.

The NHL says only two players tested positive for COVID-19 during the first five days of training camp last week. The league, in consultation with its players, is not revealing the identity of players who test positive, or their teams. The two players who tested positive are self-isolating per national and local health protocols. A total of 2,618 tests of more than 800 players from July 13-17 were done by the league. Training camps opened July 13, with 24 teams preparing to compete in an expanded playoff format in Toronto and Edmonton, Alberta, starting on Aug. 1. Teams are scheduled to travel to both hub cities on Sunday.

The Southwestern Athletic Conference has postponed its fall athletic competition because of the COVID-19 pandemic and hopes to hold a shortened football season during the spring semester. The SWAC Council of Presidents and Chancellors announced the decision Monday amid an increase of coronavirus cases in the South. Fall sports impacted include men’s and women’s cross country, football, women’s soccer and women’s volleyball. The SWAC is planning to play a seven-game schedule in football after an eight-week training period that starts in January. Each team would play six league games with the option to play one non-conference game. Plans for the other sports and the football championship game will be announced later. Athletes will be able to attend classes, training and practices in the fall.

Major League Baseball is adding on-field advertising this season, both real and virtual. Allowed locations include the back of the pitcher’s mound, behind home plate, on tarps in the stands and in the grass in foul territory down the first-base lines. Teams have the choice whether to make the ads real or project them virtually during telecasts. In addition, physical ads can be put on the on-deck circle.