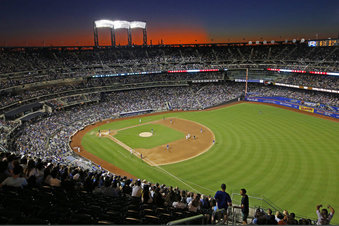 Usually, it’s said that the baseball season is a marathon and not a sprint.  However that’s not the case for the 2020 season.  The Tigers start the shortened 2020 campaign at Cincinnati with a 6:10 first pitch on Friday the 24th to start a 3 game weekend series with the Reds.  The Tigers home opener at Comerica Park will by Monday the 27th vs. Kansas City.   The Tigers have 20 games in the first 20 days of the season and will travel only an estimated 4,615 miles this year, the third fewest in baseball.  The Tigers will host the Chicago Cubs in Detroit on August 24-26.  The Chicago Cubs 2020 season begins at the Friendly Confines on July 24 at 7:10 our time against Milwaukee.  The Cubs host the White Sox at Wrigley on August 21-23, and then on the South Side on September 25-27.  The White Sox also will be opening the 2020 season at home against Minnesota at 8:10 our time.   The White Sox are still scheduled to face the St. Louis Cardinals at the Field at Dreams field in Dyersville Iowa at 6:10 local time on August 13.  Two-thirds of the White Sox and Tigers games are against AL Central division opponents with the remaining third against the NL Central.

The Kansas City Chiefs made sure they’ll have Super Bowl MVP Patrick Mahomes around as long as possible. Mahomes agreed to a 10-year extension worth up to $503 million, according to his agency, Steinberg Sports. The deal is worth $477 million in guarantee mechanisms and includes a no-trade clause and opt-out clauses if guarantee mechanisms aren’t met. It’s the richest contract in professional sports history.

The National Hockey League and NHL Players’ Association announced a tentative agreement Monday to return to play this season and extend their collective bargaining agreement by four years. The CBA deal paves the way for hockey to resume in less than a month. Training camps would open next Monday, July 13, and games would resume Aug. 1 if the league’s board of governors, players’ executive committee and full membership sign off.

The PGA Tour and the Memorial have scrapped state-approved plans to have limited spectators next week in Ohio. The Memorial was scheduled to be the first tournament with spectators since golf return from the COVID-19 pandemic-caused shutdown. Republican Ohio Gov. Mike DeWine approved a plan for there to be 20% capacity at Muirfield Village. The tour said rapidly changing dynamics of the pandemic caused that to change. PGA Tour Commissioner Jay Monahan says golf needs to stay focused on health and safety. Muirfield Village is hosting back-to-back events. The Workday Charity Open this week was not planning on having fans.

More than a dozen Native American leaders and organizations have sent a letter to NFL Commissioner Roger Goodell calling for the league to force Washington Redskins owner Dan Snyder to change the team name immediately. The letter was signed by 15 Native American advocates and obtained by The Associated Press. It demands the team and the NFL cease the use of Native American names, imagery and logos — with specific importance put on Washington, which last week launched what the team called a “ thorough review ” of its name.  The letter was delivered on the same day that President Donald Trump voiced his opposition to any name change by the team. Several team sponsors have come out in favor of change recently and Snyder showed his first indication of willingness to do so amid a nationwide movement to erase racially insensitive.