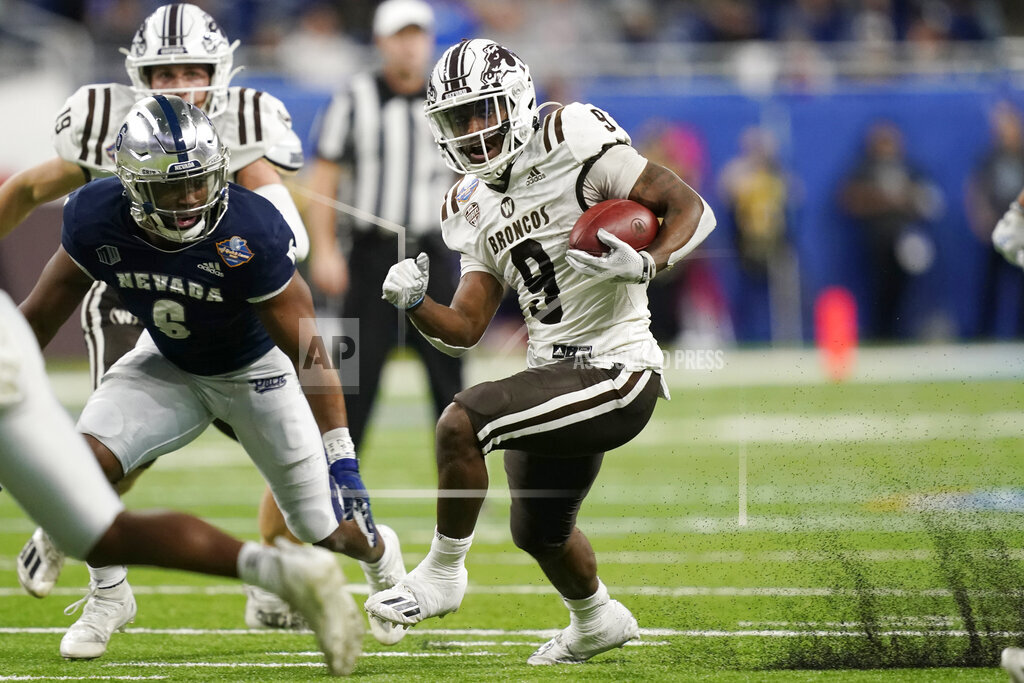 NCAAFB – Boise State forced to withdraw due to outbreak
The Arizona Bowl has been canceled after Boise State pulled out of it and shut down all team activities due to COVID-19 issues. Central Michigan was supposed to be in the Arizona Bowl, but will instead replace Miami in Friday’s Sun Bowl against Washington State. Numerous college programs have coronavirus issues coming out of the Christmas break, and four bowls have been canceled. No. 2 Duke is one of several basketball programs with COVID-19 issues, postponing games against Clemson and Notre Dame this week. And UConn’s game against No. 23 Xavier scheduled for Tuesday was scrapped because of COVID-19 issues involving the Huskies.

Bulls 130, Hawks 118 – DeRozan, LaVine, Vucevic power Bulls past Hawks 130-118
DeMar DeRozan scored 35 points, Zach LaVine added 30 and the Chicago Bulls won their fourth straight game, beating the short-handed Atlanta Hawks 130-118. Cam Reddish finished with 33 points for Atlanta. DeRozan was 14 for 20 from the field. LaVine, in his second game back after missing 15 days in protocols, went 11 for 21, including 5 of 8 from 3-point range. Nikola Vucevic got his 14th double-double with 24 points and 17 rebounds.

Dolphins 20, Saints 3 – Waddle shines, Dolphins beat Saints 20-3 to win 7th straight
Rookie sensation Jaylen Waddle returned from the COVID-19 list to catch 10 passes for 92 yards and touchdown, and the Miami Dolphins beat the short-handed New Orleans Saints 20-3. Miami became the first NFL team to win seven straight after losing seven in a row. Nik Needham intercepted Saints rookie quarterback Ian Book and returned it 28 yards for a touchdown to help to help Miami become one of four 8-7 teams in contention for one of the final playoff spots in the AFC. The Saints started Book because of a COVID-19 outbreak that took 16 players off of the active roster, including starting QB Taysom Hill.

Tonight
Columbus Blue Jackets at Chicago Blackhawks, Postponed
NHL – Lawyer: Lawsuit dismissed against Blackhawks in Aldrich case
An attorney says a lawsuit filed against the Chicago Blackhawks by a former Michigan high school student who said he was sexually assaulted by ex-assistant coach Brad Aldrich has been dismissed. Susan Loggans, who represents the former student, told The Associated Press Monday that an order in the case was entered last week in Cook County Circuit Court. She declined to comment on the dismissal or the order. Earlier this month, the Blackhawks and former first-round pick Kyle Beach, who said he was sexually assaulted by Aldrich, reached a confidential settlement in another lawsuit. After leaving the Blackhawks, Aldrich was convicted in 2013 in Michigan of fourth-degree criminal sexual conduct involving a student.

IIHF – USA Hockey asks IIHF to reschedule women’s U18 tournament
USA Hockey has asked the International Ice Hockey Federation to reconsider canceling the women’s under-18 world championship that was scheduled to take place in Sweden in January. It’s the second consecutive year the tournament has been canceled after the 2021 event was scrapped because of the pandemic. The IIHF said the decision to cancel all January tournaments was based on a recommendation from the organization’s medical committee. The IIHF said it was not possible to reschedule the women’s under-18 championship because of league commitments within Sweden. USA Hockey executive director Pat Kelleher called it an important tournament for the future of women’s hockey.

NCAAMBKB – Baylor stays No. 1 in AP Top 25, Michigan State up to No. 10
Baylor is No. 1 for the third straight week in The Associated Press men’s college basketball poll, receiving all 61 first-place votes from a national media panel. The Bears had 60 first-place votes a week ago and were a unanimous selection with a blowout win over Alcorn State and Arizona’s loss to Tennessee.  The top five remained the same from last week — with Duke, Purdue, Gonzaga and UCLA behind Baylor. Arizona dropped three spots to No. 9 and the Vols moved up five spots to No. 14. No. 10 Michigan State moved into the top 10 for the first time since Week 5 of last season after being unranked in the preseason poll.