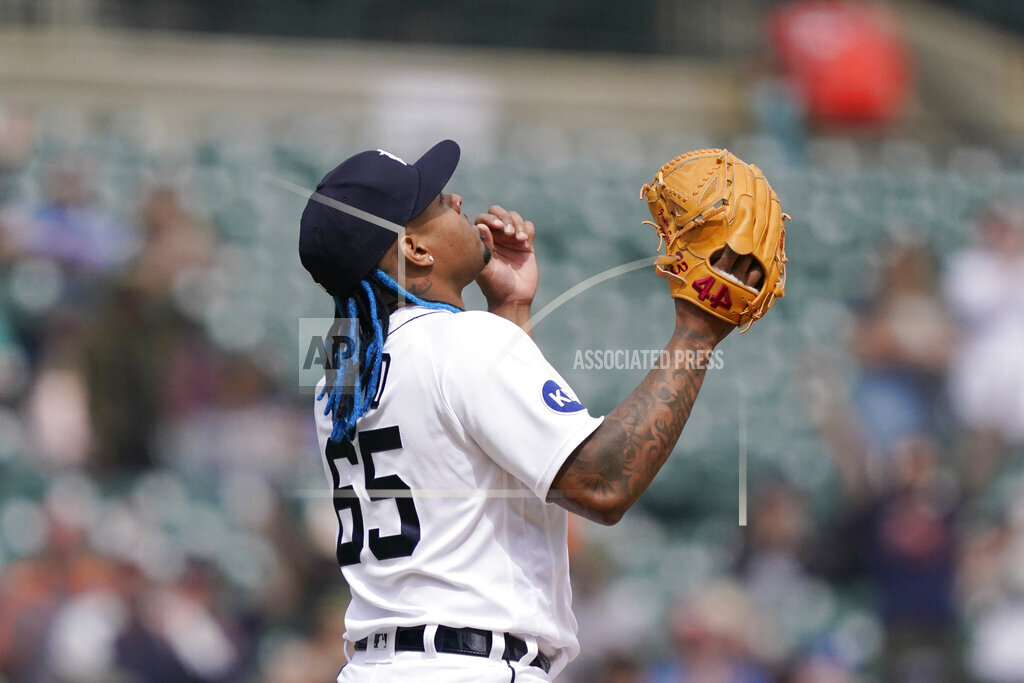 Tigers 3, Pirates 2 – Pirates 7, Tigers 2 – Pirates beat up Tigers’ bullpen to split doubleheader
Bryan Reynolds doubled in Pittsburgh’s two-run seventh inning, and the Pirates beat the Detroit Tigers 7-2 to split a doubleheader. The Tigers won the first game 3-2 with the help of two key errors by the Pirates. After pitching 4 2/3 scoreless innings in the first game, the Tigers’ bullpen struggled in the nightcap. Gemel had five hits in across the two games. Tigers reliever Drew Hutchinson (0-2) got the loss in the second game, while Alex Lange got the win in the first. Pirates reliever Zach Thompson got the win in the first game, and Bryse Wilson was charged with the loss.

White Sox 4, Cubs 3 – Giolito gets help in pitching White Sox past Cubs 4-3
Lucas Giolito struck out 10, Luis Robert made a game-saving catch and Matt Foster worked out of a major jam as the Chicago White Sox beat the Chicago Cubs 4-3 at Wrigley Field. José Abreu and Leury García homered for the White Sox, who overcame an early 3-1 deficit. Giolito reached double digits in strikeouts for the 14th time since joining the White Sox in 2017. He allowed three hits in 5 2/3 innings, including home runs by Nico Hoerner and Patrick Wisdom in the second.

NHL – Turner Sports prepared for their first Stanley Cup Playoffs
Turner Sports and ESPN are carrying the NHL playoffs after they aired for 16 years on NBC and NBCSN. TNT and TBS get their first games on Thursday after ESPN and ESPN2 carried the first three nights. TNT and TBS will televise up to 49 games during the playoffs. Turner Sports and ESPN will split the first and second rounds. Each will have a conference final. The Stanley Cup Final will be on ABC this year. The biggest change from NBC is the studio show. ESPN and Turner each have a more irreverent tone. Early ratings are positive.

NFL – Tampa Bay, Seattle to meet in 1st NFL game in Germany
The first regular-season NFL game in Germany will be between the Tampa Bay Buccaneers and the Seattle Seahawks at the home of soccer club Bayern Munich. The NFL says the game will take place at the Allianz Arena on Nov. 13. Frankfurt will also be staging a regular-season game in Germany during the next four years. The schedule for the three NFL games in London next season has also been announced. The Green Bay Packers will become the final team to play in Europe when they take on the New York Giants on Oct. 9 at the home of Premier League soccer team Tottenham.

Olympics – Biden says Olympians brought a bit of unity to weary nation
President Joe Biden praised Team USA for bringing a bit of unity to a pandemic weary nation as he hosted a White House celebration Wednesday with about 600 athletes from this year’s Winter Olympics in Beijing and the coronavirus-delayed Summer Games held in 2021 in Tokyo. Among the athletes at the South Lawn ceremony were swimmer and seven-time gold medalist Katie Ledecky, celebrated bobsledder Elena Meyers Taylor and ice dancer Zachary Donahue, as well as competitors from the past two Paralympic Games. Biden suggested that as equally impressive as the athletes’ performances was their ability to unite Americans during a period marked by the unrelenting coronavirus pandemic and deepening partisanship after the 2020 election.

NCAA – dAP source: SEC, Pac-12 leaders to push for NIL law in DC
The commissioners of the Southeastern Conference and the Pac-12 are scheduled to meet with lawmakers in Washington They will lobby for federal legislation to regulate name, image and likeness compensation to athletes. A person who has been briefed on the commissioners’ trip to Capitol Hill confirmed the te visit to the AP. Greg Sankey of the SEC and George Kliavkoff of the Pac-12 plan to meet with Sen. Maria Cantwell (D-Wash.), Sen. Marsha Blackburn (R-Tenn.) and other lawmakers.

Tennis – French Open prizes up nearly 7% from 2019 pre-pandemic level
Total French Open prize money will be about 7% higher this year than it was for the last pre-pandemic edition in 2019. That includes an increase of 35% for players who lose in the first round of singles. But the women’s and men’s singles champions will each receive slightly less than they did three years ago. The French Tennis Federation announced Wednesday that it will hand out a total of 43.6 million euros in 2022. That is about $46 million. The clay-court Grand Slam tournament begins on May 22, with Novak Djokovic and Barbora Krejcikova as the reigning champions.