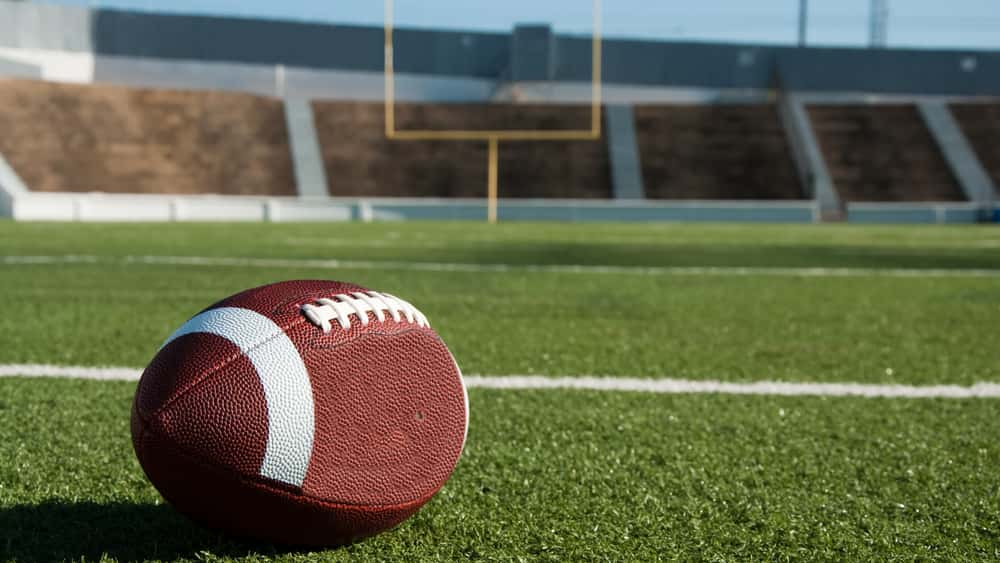 Navy football coach Ken Niumatalolo remains optimistic that the Midshipmen won’t be playing in an empty stadium in the season opener at home against Notre Dame.
The longest continuous intersectional rivalry in the country was moved from Ireland to Annapolis because of COVID-19 and is tentatively scheduled for Sept. 5.
“At this point I feel good about all the plans we have in place,” Niumatalolo said Wednesday. “Obviously it won’t be a full stadium and it will be a lot different from other games that we’ve ever played at the Naval Academy, but that’s the new norm now.”
This will be the first time Notre Dame visits Navy-Marine Corps Memorial Stadium in the 94-year history of the rivalry. It will not be sellout because social distancing will be required.
“I would love to have the stadium packed with all of our fans,” Niumatalolo said. “I’m grateful that there will be some fans there if we do play, and it looks like everything is pressing forward that way.”

The Detroit Tigers announced yesterday that they have agreed to terms with competitive balance round B pick Daniel Cabrera, a left fielder from Louisiana State University. With the signing of Cabrera, the Tigers have now agreed to terms with five of their six selections from the 2020 MLB Draft.
Cabrera, 21, saw time in 140 games in his career at LSU, hitting .305/.392/.518 with 33 doubles, four triples, 22 home runs and 116 RBI. In 2018, he was named a freshman All-American by Baseball America, the National Collegiate Baseball Writers Association, Perfect Game, D1 Baseball and Collegiate Baseball. He was also selected to the All-SEC Freshman Team and played for the U.S. Collegiate National Team.
As a junior in 2020, Cabrera hit .345/.466/.500 with three doubles, two home runs and 12 RBI in 17 games before the season was prematurely ended. He was tied for the team lead in RBI and in hits (20).

Detroit Tigers general manager Al Avila says one player and one staff member have tested positive for COVID-19.
Avila said on a video conference that the player was living in Florida, but was not working out at the team’s spring training facilities in Lakeland. He did not identify the two people who tested positive. “They’re going through the process, obviously, of recovering as we speak,” Avila said. “It was just recently, a few days ago, so they’re still in the recovery stages, and at some point they’ll be tested again.”
With baseball returning for a shortened season, the Tigers are set to have training camp in Detroit.

Michigan officially announced that Mike Smith and Chaundee Brown are joining the basketball program as transfers. The school says both players have been admitted. Smith has immediate eligibility, and Michigan is assessing the potential for an NCAA waiver for Brown. The 5-foot-11 Smith comes to Michigan from Columbia, where he averaged 22.8 points a game last season.
The 6-foot-5 Brown averaged 12.1 points for Wake Forest. Brown said in April he was entering his name into the NBA draft as well as the NCAA transfer portal.

The return of Indiana Pacers guard Malcolm Brogdon has been delayed after he tested positive for the coronavirus. And Sacramento Kings forward Jabari Parker announced he has been dealing with the virus as well. Both issued statements through their respective teams and say they expect to be with their teams when the season resumes in Central Florida next month. All 22 NBA teams that will be part of the resumed season began mandated testing Tuesday. League officials have expected that positive tests would be inevitable. But players who test positive now could have time to recover and rejoin their teams before the games start.

The NBA and the National Basketball Players Association said Wednesday that dealing with racial matters will be a shared goal during the resumed season.
The league and union announced they will “take collective action to combat systemic racism and promote social justice” when the season restarts at the Disney complex near Orlando, Florida next month. Specific plans have not been finalized.

The Washington Redskins are removing former owner George Preston Marshall from their Ring of Fame and striking all references to him on their website.
It’s the latest move to cut ties with the legacy of the team’s racist founder, a segregationist who refused to integrate by signing Black players until “forced to do so” in 1962, more than a decade after much of the rest of the NFL.

Jarome Iginla headlines the Hockey Hall of Fame’s class of 2020 after being elected in his first year of eligibility. Iginla will be the fourth Black player inducted after Grant Fuhr, Angela James and Willie O’Ree. Iginla was the first Black player to lead the NHL in goals and points and was the first Black athlete in any sport to win a gold medal in the Winter Olympics. Iginla is joined in the 2020 class by winger Marian Hossa, defensemen Kevin Lowe and Doug Wilson, Canadian women’s star Kim St. Pierre and longtime general manager Ken Holland. The 18-member selection committee voted remotely because of travel difficulties posed by the coronavirus pandemic.